These two expansions of Wingspan give you a lot of new cards, a new kind of food and new mechanisms! 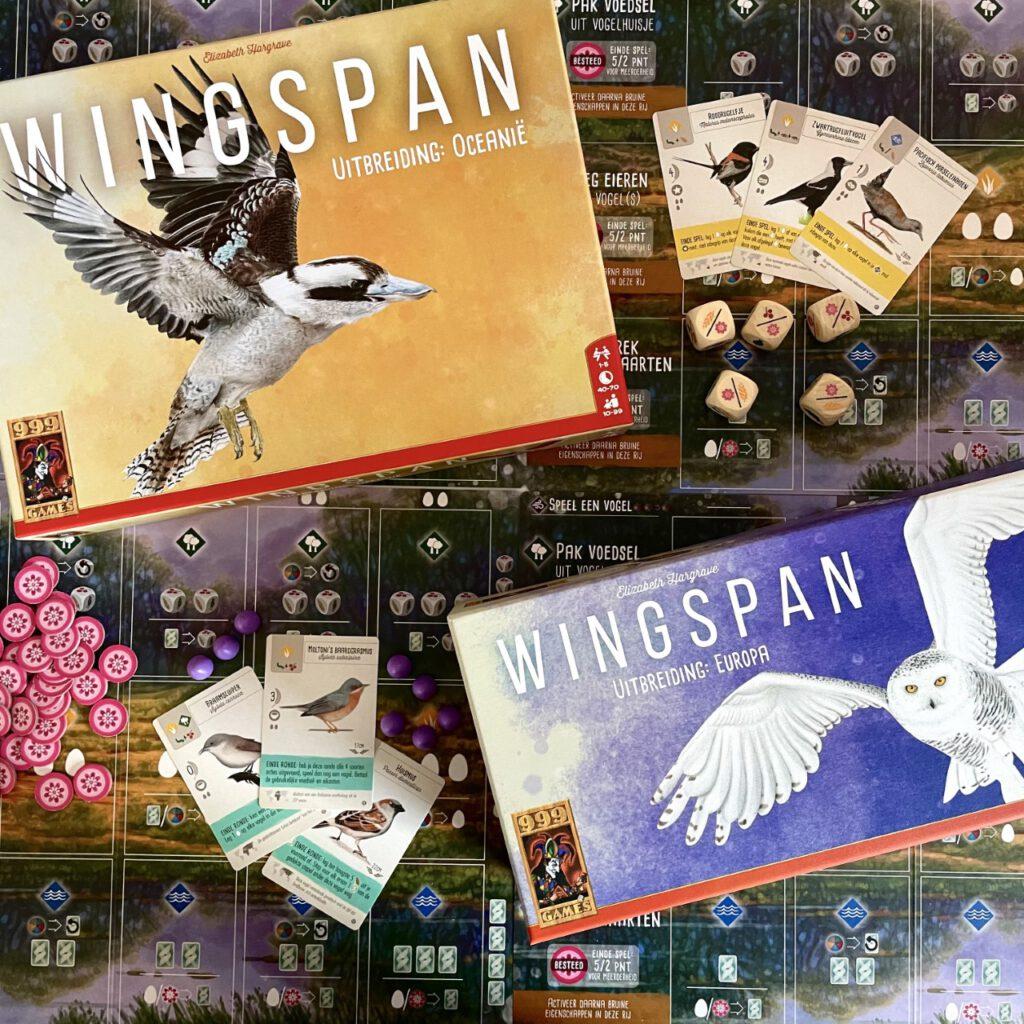 These new expansions of Wingspan offer a lot of new mechanisms, cards and even new food!

Wingspan Oceania offers a lot of new additions. You get new player boards on which you can perform different actions with, among others, a new kind of food: nectar. This nectar counts as a wild food and can be used like any other food. You can get this nectar by taking new dice with a nectar symbol from the birdhouse. At the end of the game, the player who has used the most nectar in an area gets bonus points.

Wingspan Europa also offers you a lot of new cards. These cards may also have a new mechanism, namely an end of round effect. Besides these new cards, you get new bonus cards, goals, a new card holder and new eggs! 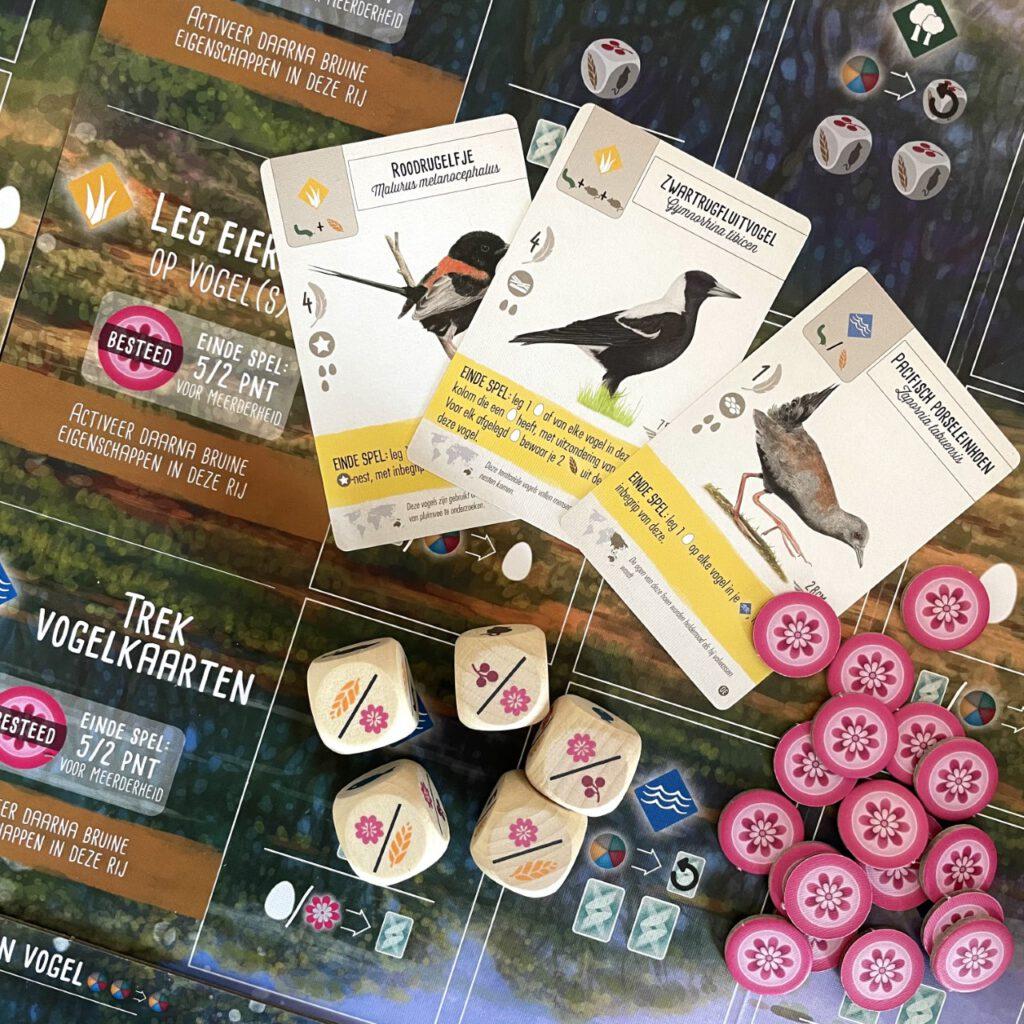 Wingspan was the first game for which we bought an expansion. We did this rather quickly because of our enthusiasm for the basic game, but in principle it is not necessary to buy an expansion for Wingspan. The base game of Wingspan already contains numerous bird cards that you will not have encountered yet. However, this does not take away from the fact that it is great fun to buy the expansions!

The first expansion we added to the base game was Oceania. This expansion changes the base game the most by adding nectar and a new game board. Furthermore, Oceania also contains new bird cards with end-of-game goals and new bonus tiles. In our opinion, Oceania is a must-have for fans of Wingspan. However, there are also some things about the expansion that we find less satisfying. For example, we thought the addition of nectar was interesting at first, but after a while we started to get irritated by it. The way you can score points thanks to nectar often feels very overpowered and unbalanced. There are a few birds that are really better than other bird cards thanks to the use of nectar. For example, many people recommend playing without these birds. We ourselves always play with the Oceania board, but we are thinking more and more about playing with the standard board without nectar again. The cards will always be a nice addition.

We have added Europe to the base game after Oceania. Europe adds less to the base game and can therefore be a bit disappointing when you buy this expansion after Oceania. In a way, Europe is just more of the same. In the case of Wingspan, we certainly don't mind. We enjoy discovering all the beautiful new bird cards! In addition, Europe comes with new bonus tiles that provide more variety. Europe also comes with a new kind of birdies card, namely with end of round goals. These cards allow you to follow new tactics and strategies! We find the extra card holder a bit unnecessary as you already have it in the base game. In principle, this expansion could have been a lot more economical by just making a small pack of new cards.

In our opinion, both expansions are a good choice if you are a fan of Wingspan. If you play the basic game often, it is certainly not an unnecessary luxury to buy both. We are already curious about the next expansions! 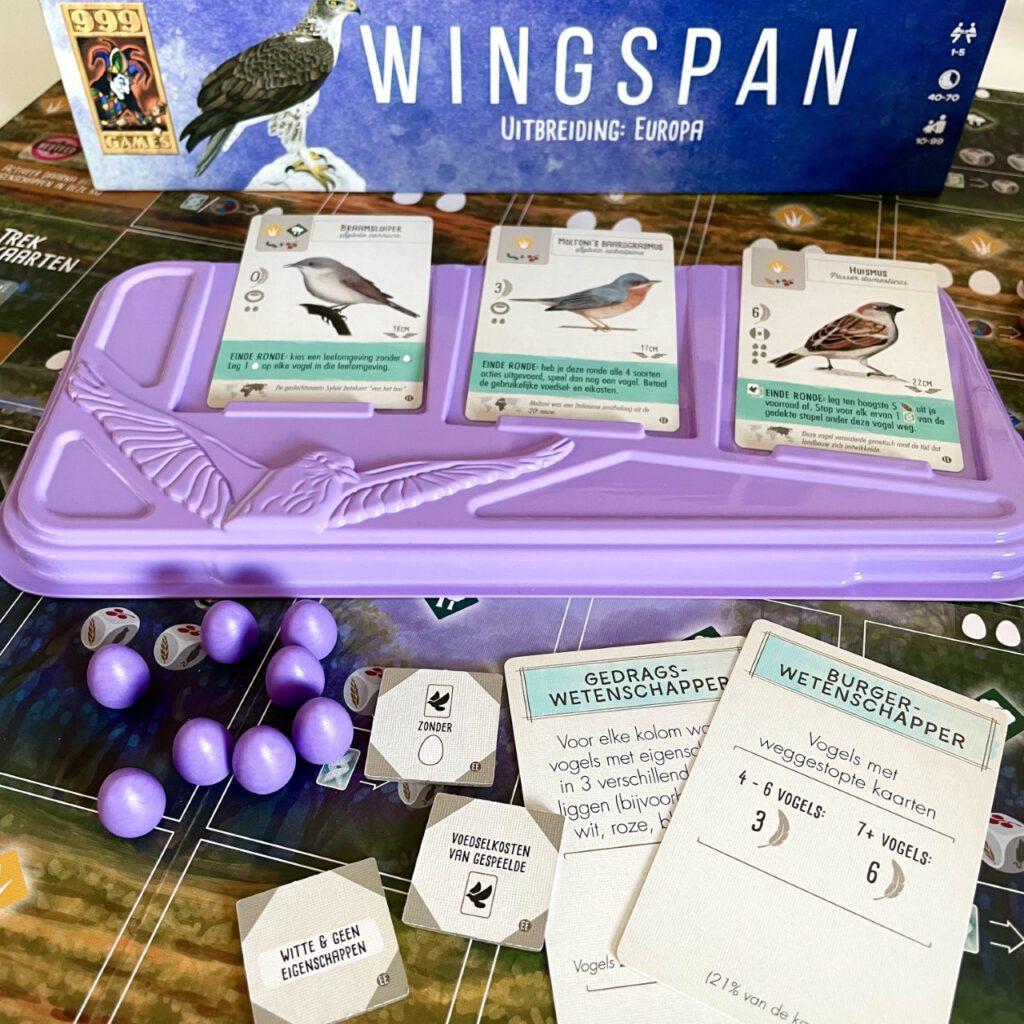 This game has been kindly gifted to us for review purposes by Spelhotel.