In Everdell Spirecrest, you'll embark on an adventure beyond the borders of the Everdell Valley. Here, new opportunities await you! 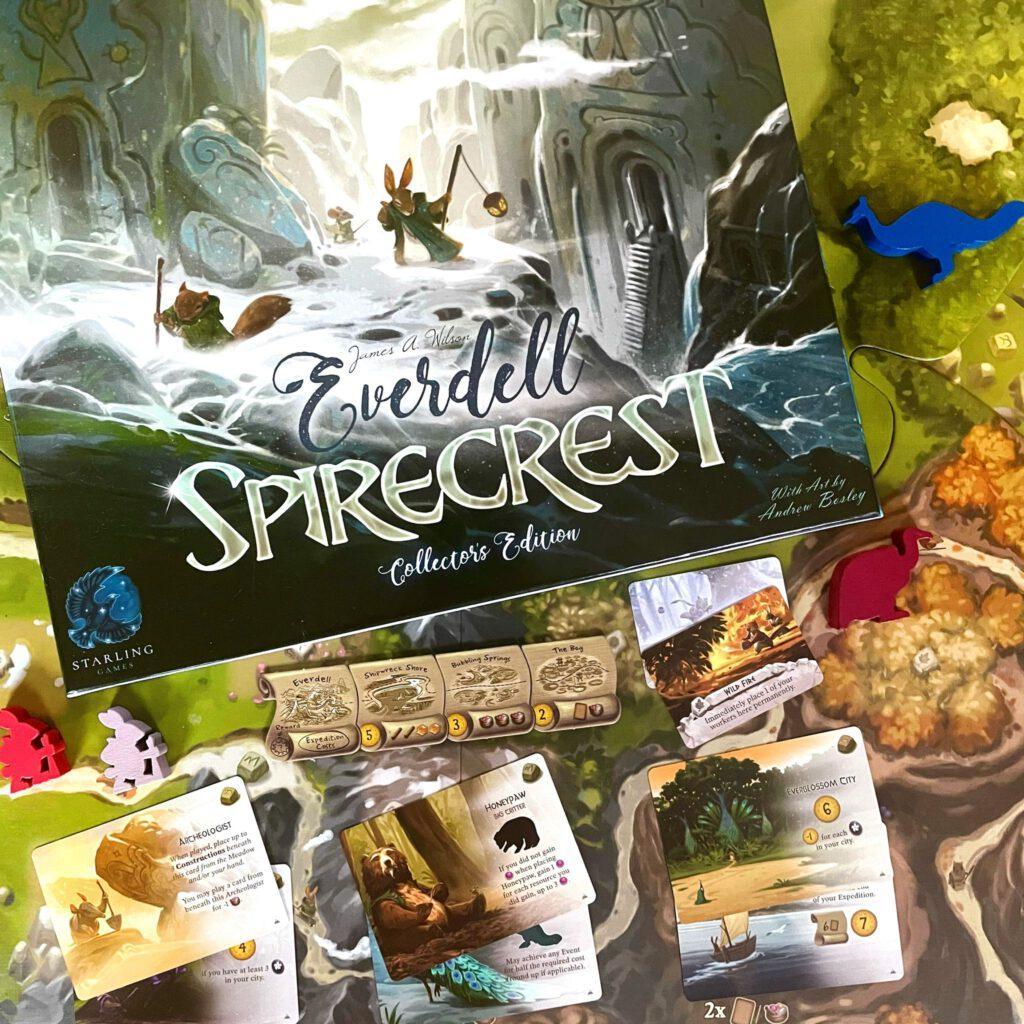 Everdell Spirecrest is one of the 3 expansion of the popular worker placement game Everdell. In Everdell, you can place workers from which you receive building materials or other bonuses. With these building materials you can add cards to your city to score points.

Spirecrest adds an extended board which you place at the bottom of the Everdell board. A number of new mechanisms and actions are also added. At the end of each season you can advance your meeple on the Spirecrest board. In doing so, you pick a travel location and choose a discovery card. A discovery card can give you several bonuses, including a large meeple. You can use this in place of another meeple and it has special powers. Other bonuses from discovery cards can be points or effects.

During each season, weather maps are active. These give a permanent effect for that season. For example, this may mean that you may not play cards from the meadow during that season.

At the end of the game you should have 3 travel locations. If you can pay the costs, you will also receive extra points for this! 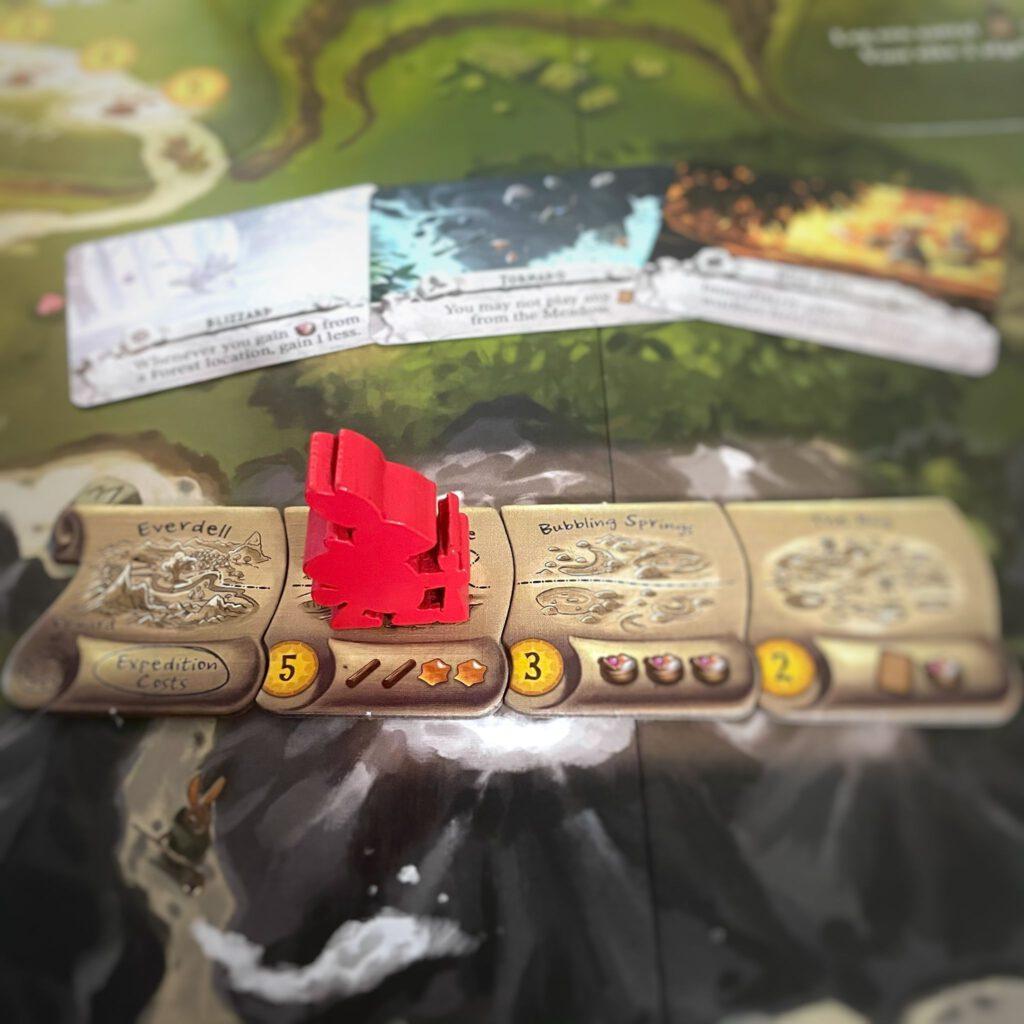 We think Spirecrest is a very nice addition to the base game. You might get bored with the base game pretty quickly if you play it often. Spirecrest throws a nice mix into the game, so you have more actions to take into account, but you can also can follow other tactics. You should not expect that the game immediately plays very differently. The general feel will remain the same.

The components are top quality as you would expect from Everdell itself. The large meeples even have saddles so you can let the small meeples ride on the larger ones. There are also sets added so you can play with new meeples and even in combination with Pearlbrook, everything is thought of!

You may be used to positive additions from most expansions. Spirecrest adds season cards that also add negative effects to the game. For example, in some rounds you must turn in a worker and in other rounds you may not play cards from the meadow. In exchange for this, of course, you get the discovery cards that give you good bonuses. We found that this cancelled each other out pretty well. If you really don't like the negative effects, you can always leave it out.

For us, Spirecrest gets its power from the discovery cards and big meeples. So that's the biggest change you're going to feel. The expedition tiles also give you some kind of direction, making the game more asymmetrical. You have to carefully consider whether you want to have any materials left over at the end. All these additions do make Everdell a bit more tactical because you have to take more into account. In our opinion, Spirecrest is on the expensive side, but it's worth it if you play Everdell a lot! 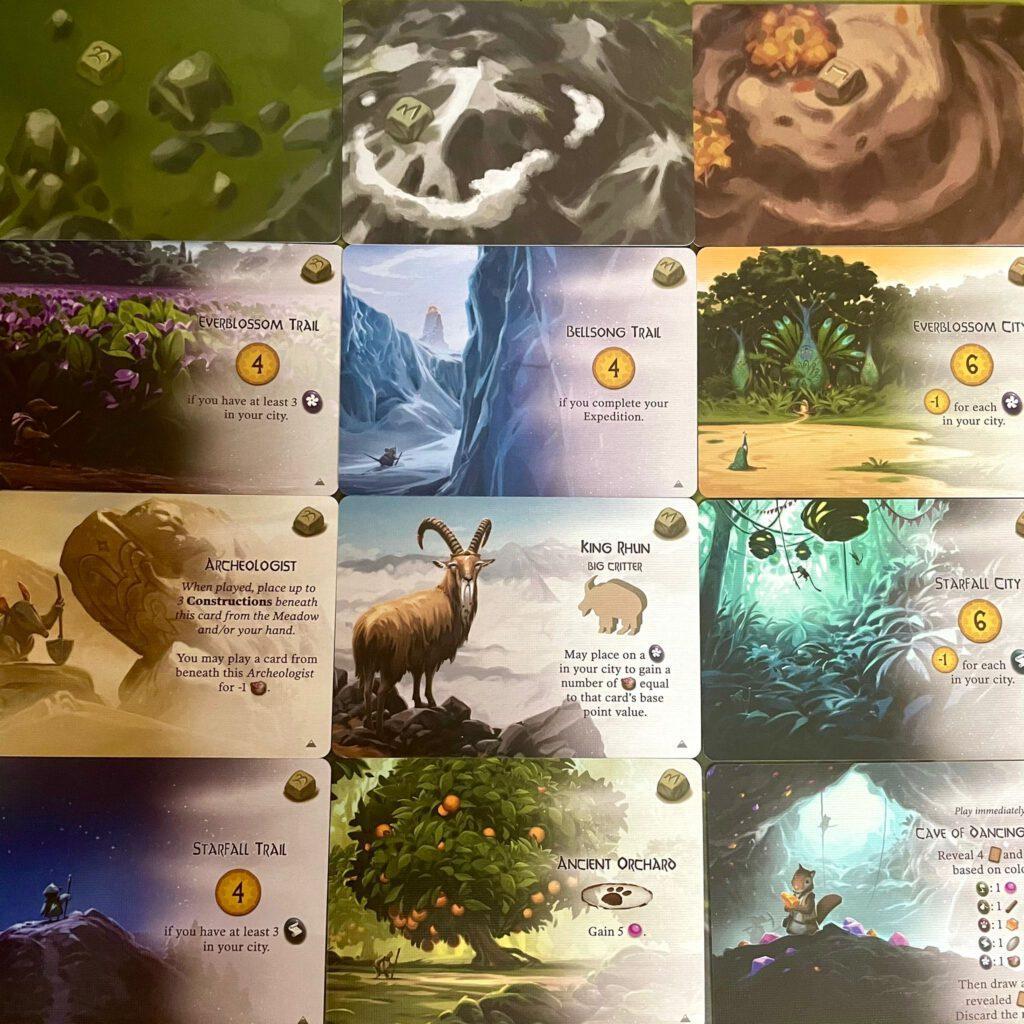 - The feel of the game remains the same

This game has been kindly gifted to us for review purposes by Starling Games.

PrevPreviousReview: The Quacks of Quedlinburg
NextPreview: Somewhere Under the RainbowNext