In The Lost Ruins of Arnak: Expedition Leaders you return to the mysterious island but with new skills! 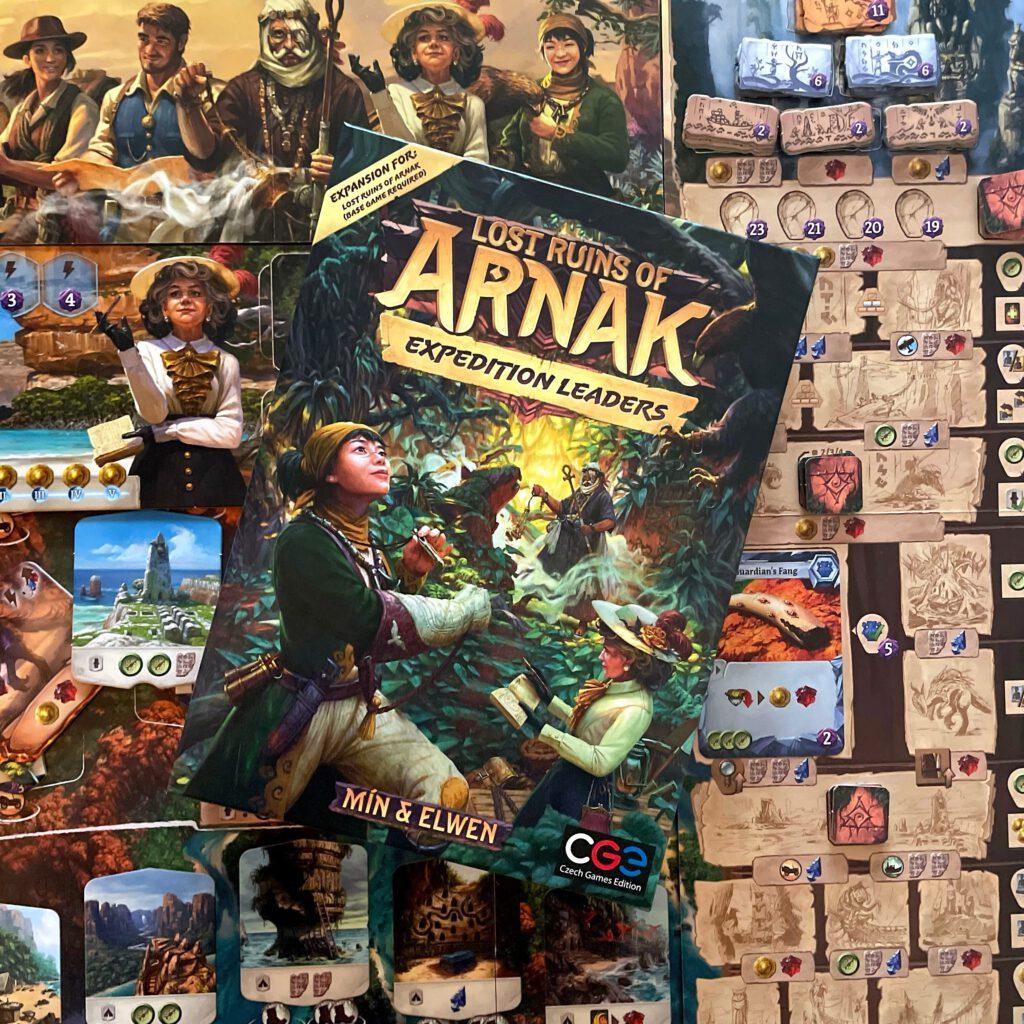 In The Lost Ruins of Arnak: Expedition Leaders you return to the mysterious island of the base game. This time you have an expedition leader at your disposal. These leaders all have different abilities. One leader will give you an extra meeple while another will allow you to move meeples. You also have a different starting deck from now on!

In addition to expedition leaders, you also get a new double-sided research track. This again has other symbols on it and you get other rewards.

Some minor innovations include new location and monster tiles, new cards and new adventurers. You'll even get a new round staff, which means that from now on not only the cards next to it, but also the ones next to that one are discarded! This way the market refreshes a lot faster and you will encounter more cards.

This expansion brings you a lot of new changes that affect the game quite a bit. The expedition leaders are the biggest change. The game becomes asymmetrical thanks to this! 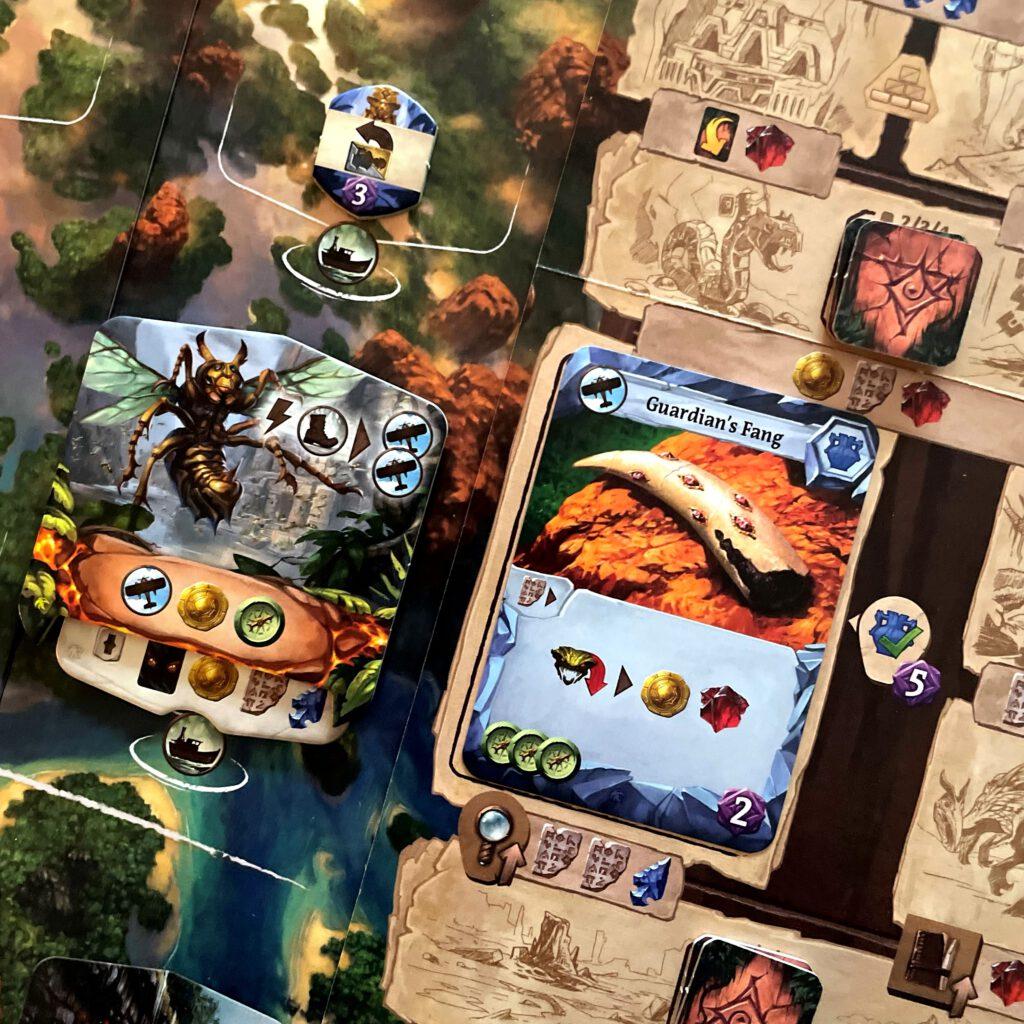 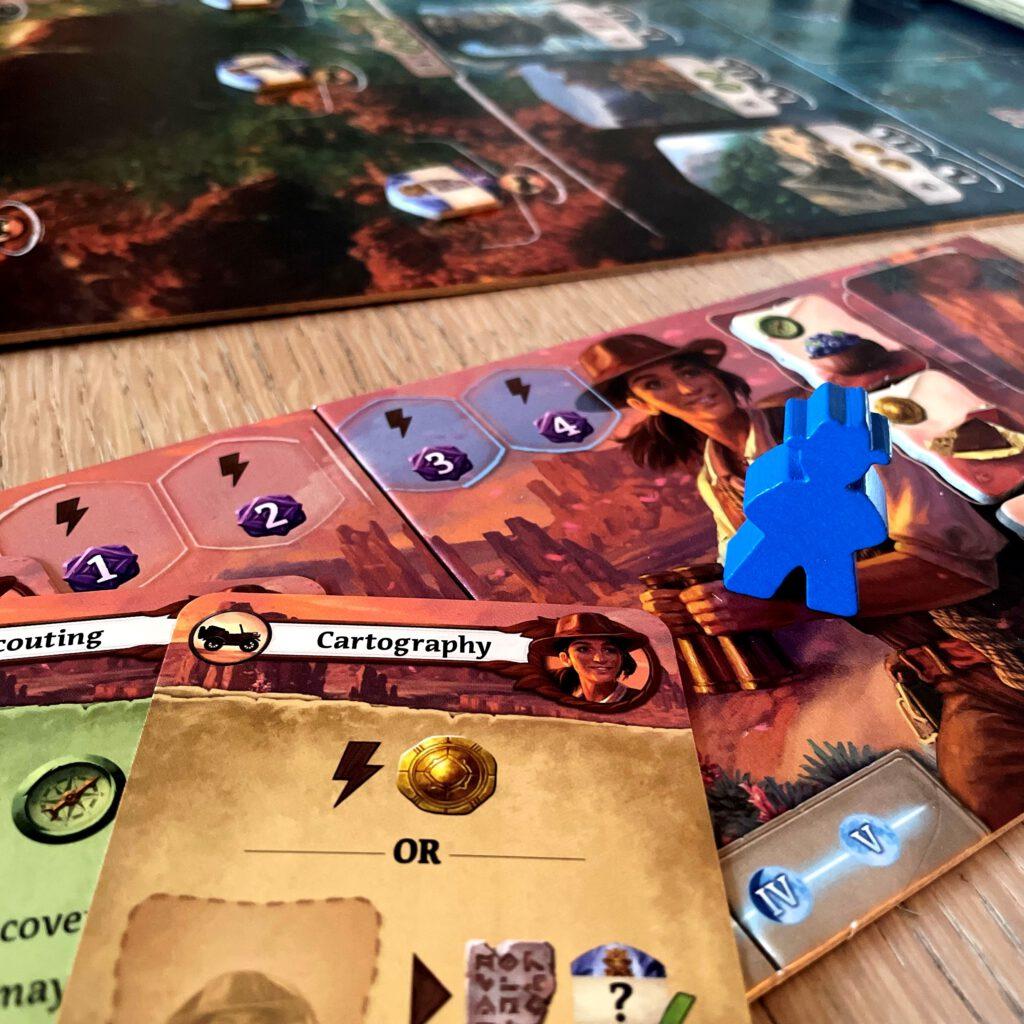 For fans of The Lost Ruins of Arnak, the Expedition Leaders expansion is a long-awaited addition to the base game. And for us too! Arnak is one of our favorite games of 2021, but after playing it dozens of times, our games became a bit monotonous. We had high hopes that Expedition Leaders would change this. And fortunately it did!

Expedition Leaders is the perfect addition to the base game as far as we are concerned. Of course the expansion comes with some extra cards, guard and location tiles, but the expansion also contains some very special things. For example, in the box there is an extra board that replaces the research track. This gives you 2 new research tracks. But the most fun are the expedition leaders themselves! These are asymmetrical characters with their own player board, starter deck and extra actions. This not only gives the expansion extra replayability in the form of new cards, but also allows you to play the game in a whole new way!

Our games of Arnak have certainly been given new life thanks to the expansion. The replayability has been greatly increased with this expansion. It is great fun to try out new tactics with the different expedition leaders. These characters really make every game different. Where we used to always go for the same tactics, this is no longer the case. For us, this really is the perfect twist to the base game.

With asymmetrical characters, usually comes a "but", which is true with this expansion. Because all the characters have their own cards and actions, one character does have a little better options than the other. Where before everyone had the same options, that's not the case anymore. Fortunately, it is not too bad and there is not one character that is impossible to win from, but in some games you notice that a certain character is really better.

Despite the fact that the expansion adds many new things, it is certainly not too much. The new rules are clear and each character has its own player aid so you can quickly see what is different about your own expedition leader. We would perhaps not add this expansion immediately when playing with new people, but after a practice game it could certainly be done! We ourselves will no longer play without Expedition Leaders. We sometimes felt that Arnak was missing something, but with this expansion we have found that missing piece. 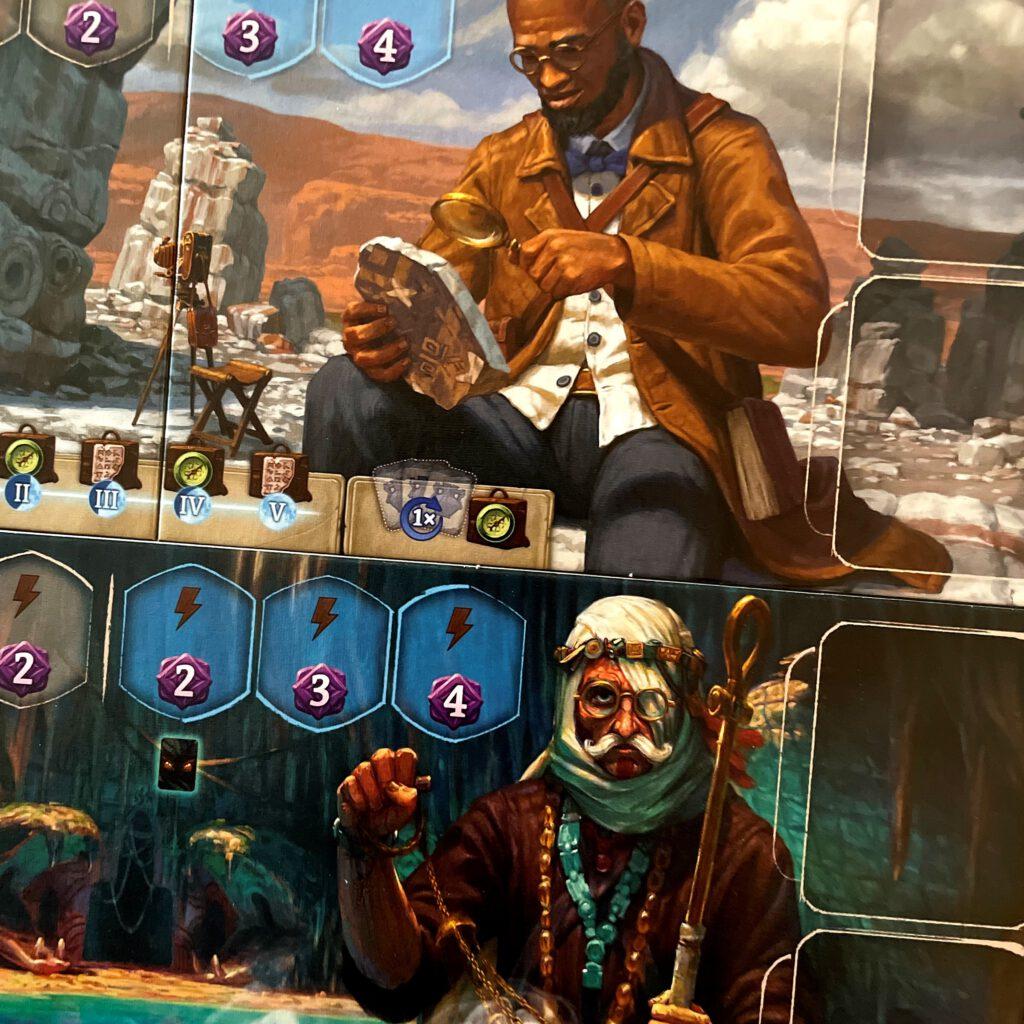 - Some characters are better than others

This game has been kindly gifted to us for review purposes by Czech Games Edition.