In Wonderbook, you will battle evil wyrms in 6 scenarios with heroes in a legendary 3d pop-up world. 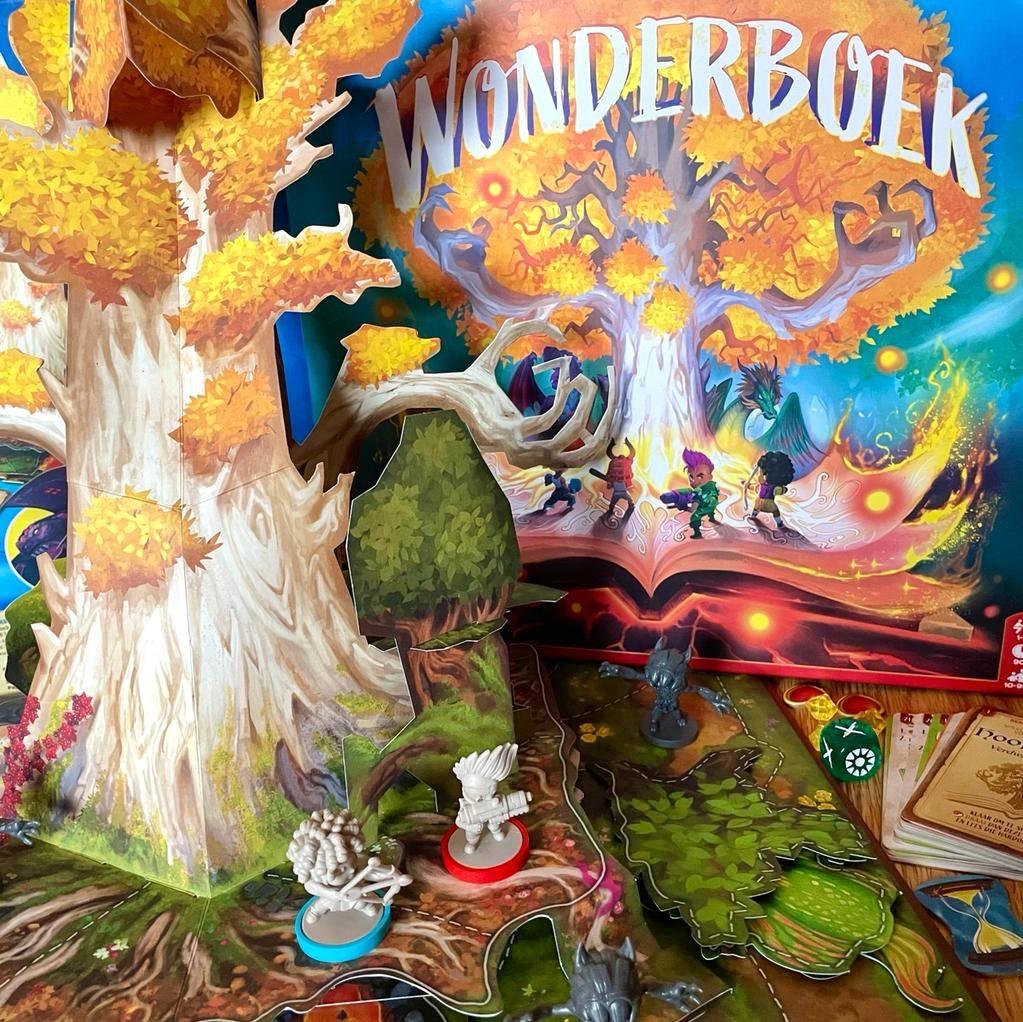 Wonderbook is a cooperative campaign game where, as heroes, you're going to beat monsters in a 3d pop-up world.

You start the game with an introductory scenario at the back of the book. In it, all the mechanics of the game will be explained well on here. On the game board are marked squares where you may move your hero miniatures to. Each scenario has a stack of cards that you play through. You have to read these out loud card by card and they can contain story, goals or objects. For example, you may have to place an object card at a certain square on the playing field. If you then move your hero to that playing field, you can use that object.

The goal is to play out the entire deck of cards by achieving goals, fighting wyrms and exploring the game board. As a hero, you may always do 3 actions in a turn. For example, you can move, attack or interact with an object. After the heroes have done 3 actions it is the wyrms turn. These are evil creatures that try to beat you! You turn over a wyrm card and the wyrms then take the actions on it and new wyrms can be added. If you are defeated by a wyrm you return alive the next turn but must turn over a time marker. You win the game by playing out the card stack, but when all the time tokens are gone you lose! 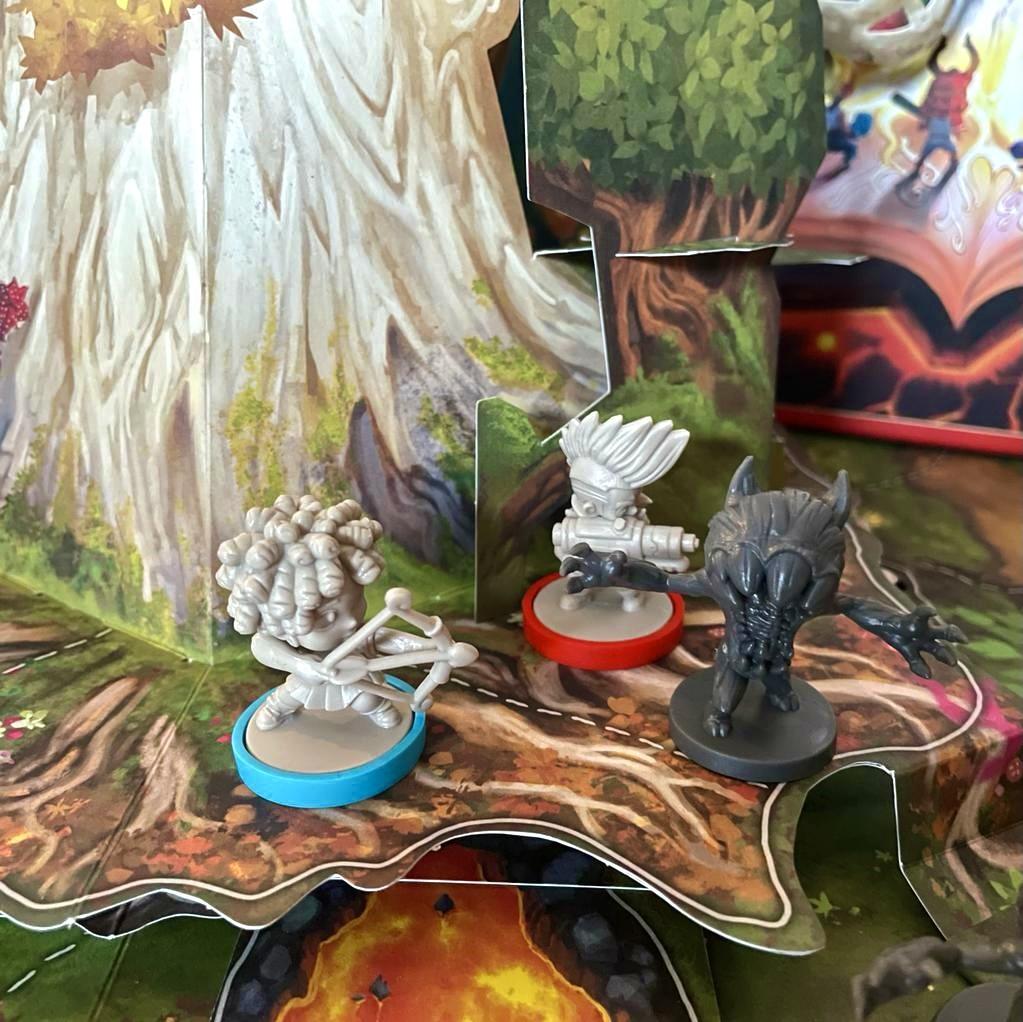 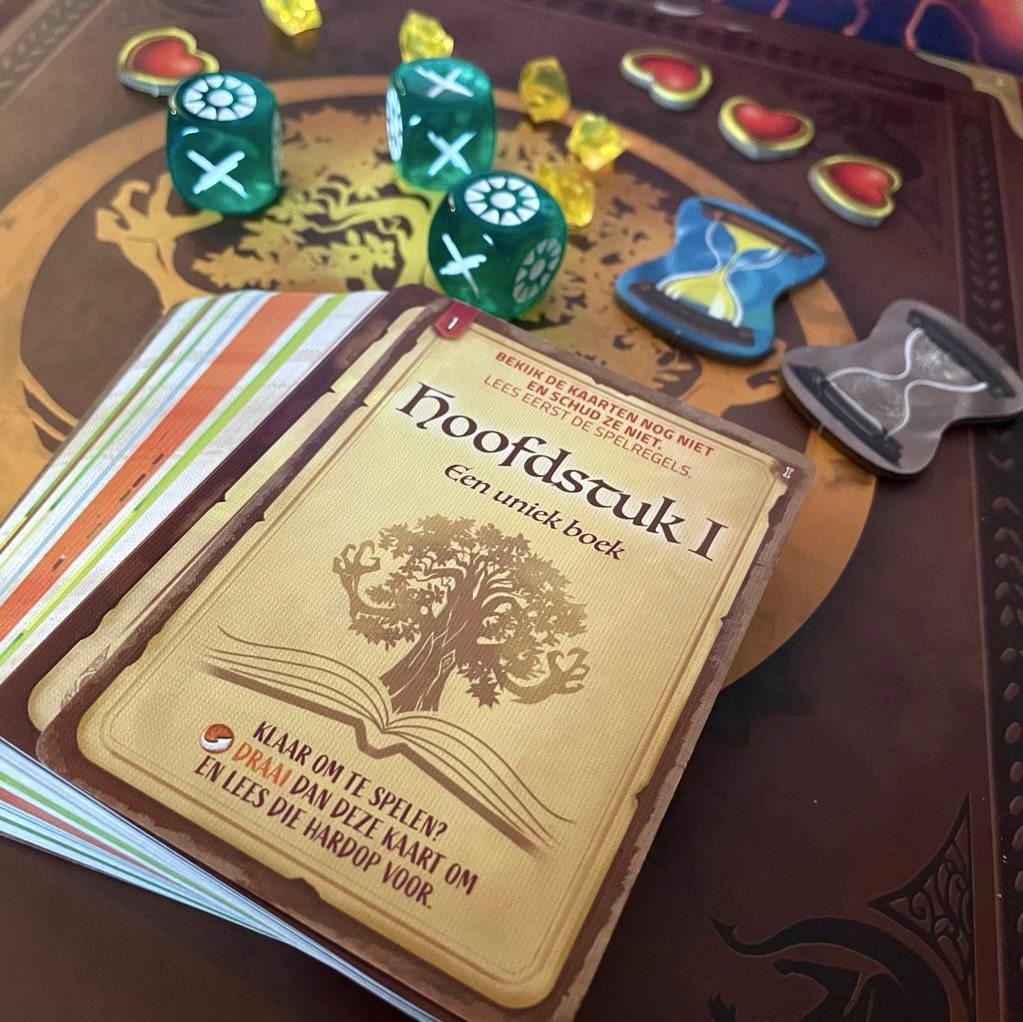 Wonderbook is one of the most outstanding games of 2021 in the Netherlands. We were incredibly curious about it from the moment this game was announced. The striking, beautiful artwork and the special book with pop-up elements was more than enough to get our attention. That Wonderbook has caught the attention of many people is certain, but is the game also as fun as it looks?

We are positively surprised by Wonderbook. Many people were afraid that Wonderbook would be more of a children's game, but it really isn't. On the contrary, we were even shocked by the difficulty during our first games. Where in Gloomhaven JOTL we are now at scenario 6 without having lost, we would have lost the 2nd chapter of Wonderbook right away without our house rules. This is because the wyrms, the monsters in Wonderbook, are very mean and attack very often, even if you don't play Wonderbook on hard difficulty. For this reason we have added some house rules to the game.

What we like most about Wonderbook is the story, the surprise elements, and the discovery. Fighting the monsters, the wyrms, is a side thing for us. But when you lose to the monsters, you lose the chapter and have to play it again. This is where our 1st point of criticism comes in. Playing a chapter again is not fun because all the surprise elements are gone. You know where the pop-up elements are, you know what text is on the cards and you know what interactions are possible with the "secret" interaction cards. We therefore also played Wonderbook with the aim of getting through each chapter in one sitting. For this reason, we added some house rules about rolling the dice and spawning the wyrms.

Wonderbook surprised us not only by the many surprises hidden in the book, but also by the difficulty level and original mechanisms. For example, there are a lot of dexterity elements in the game. For example, you have to put your miniature on a pop-up element and move it. We will not spoil too much, but you do this for example to attack. This makes for a really cool game experience. Together with the beautiful artwork and the nice story you will have a great time with Wonderbook.

If you like dungeon crawlers and narrative games, then you really shouldn't miss Wonderbook. This is really a game you want to have played so you can experience the wonders hidden in this Wonderbook. We would definitely recommend the game. Are there some things about the game that you find less enjoyable, then you can simply add some house rules, as we did. This way you can make Wonderbook a great game experience anyway. And did you finish the game? Then you have a very nice gift for a friend (or you play the game again with another character). 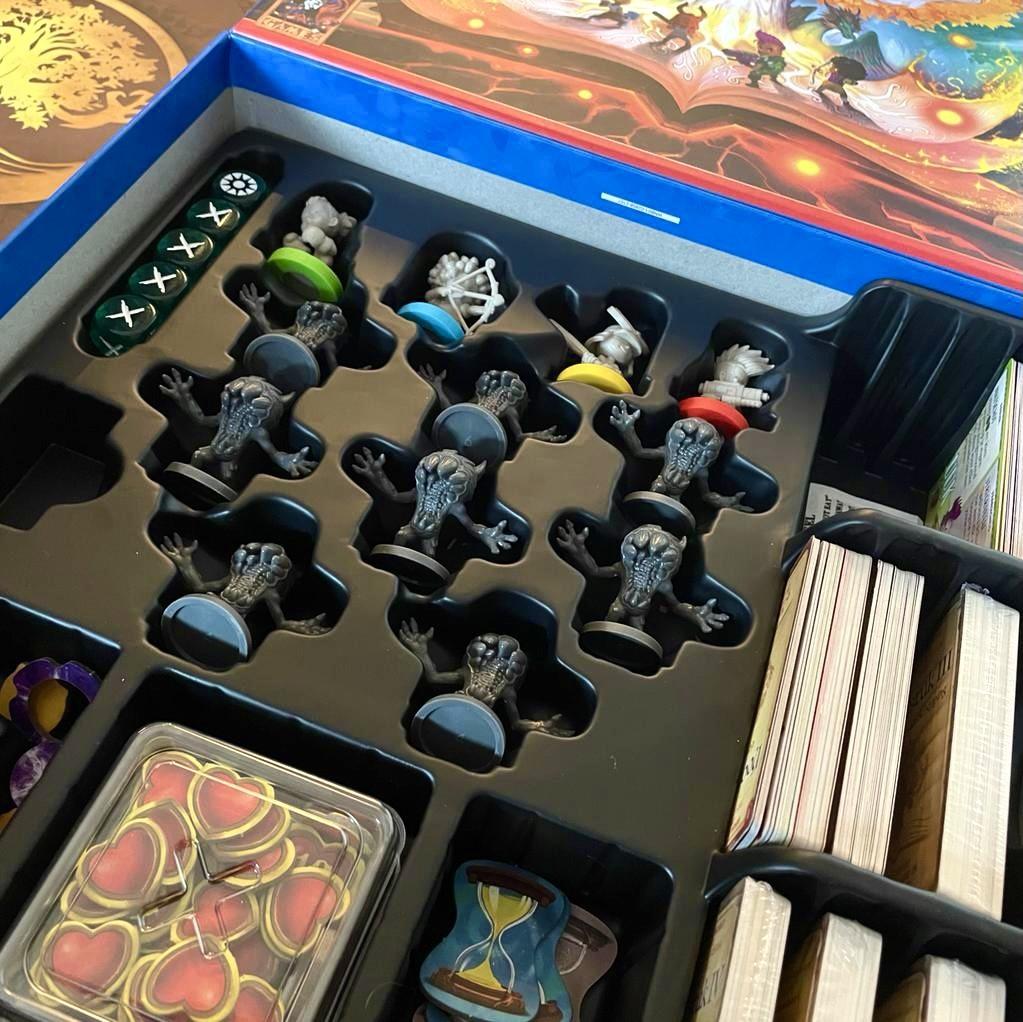 - Chapters aren't fun to play again
- Little to no replayability

This game has been kindly gifted to us for review purposes by 999games.