In Whirling Witchcraft, you're going to collect ingredients and use them to overflow your opponent's cauldron! 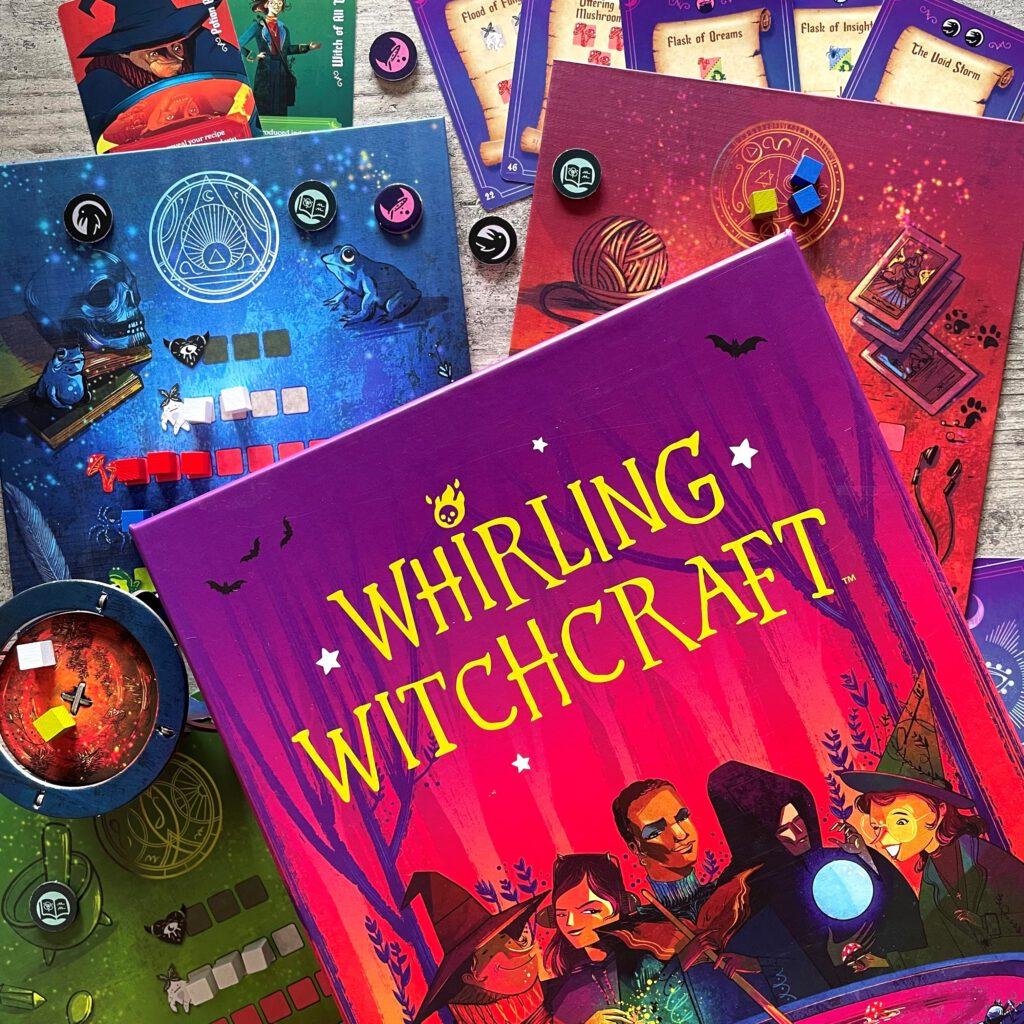 In Whirling Witchcraft, you're going to collect ingredients to concoct spells that will allow you to overflow your opponent's cauldron!

You start the game with a few ingredients on your workbench. Each round you make sure you have 4 cards in your hand of which you may choose 1. These cards are recipes that you can use to turn ingredients into other ingredients. You may use any of the recipes in front of you, but in the first round there will only be one. 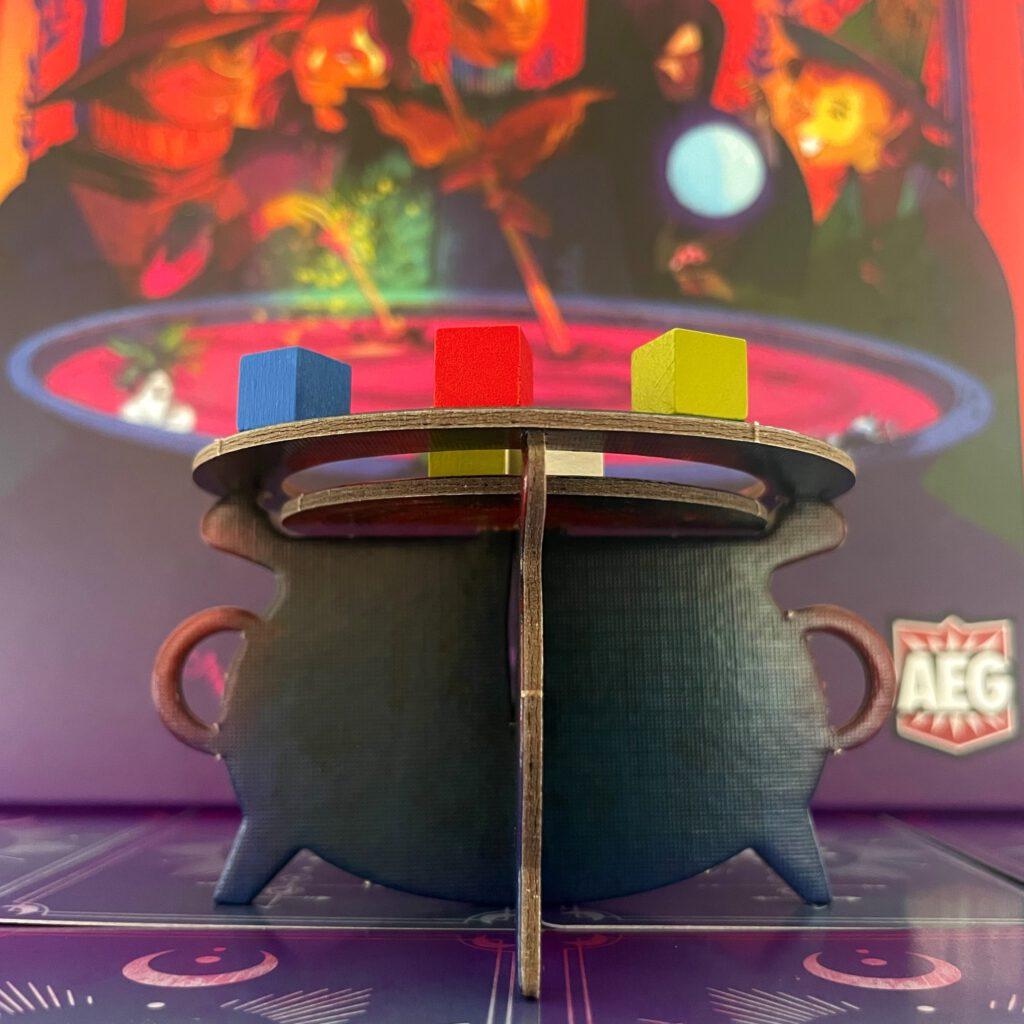 Whirling Witchcraft is a game that caught our eye mainly because of its super cool production. The game, which largely consists of cards, comes with no less than 5 cauldrons! These cauldrons are assembled by yourself and can all be stored in the box. We immediately understood why Whirling Witchcraft does not come in a small box. We ourselves always like these kind of details.

Actually, we didn't really know what to expect with Whirling Witchcraft beforehand. Besides the fact that our attention had been focused on the cute 3d cauldrons, we only knew that it was a simple set collection game. Upon reading the rules of the game, we were immediately surprised at the original twist that Whirling Witchcraft contains. The method of scoring is something we have not seen before. It continues to be fun to encounter innovative elements like this in board games. Another thing that surprised us was the simplicity of the game. We knew in advance that Whirling Witchcraft was simple, but in practice it was even simpler than expected.

Whirling Witchcraft is a very simple and light set collection game. A game with 2 players is actually always played in less than 20 minutes. The game starts up quickly and before you know it you have won - or lost! The first few times we played Whirling Witchcraft we were surprised at how quickly the game ended. As you read, we surprised ourselves quite a bit while playing Whirling Witchcraft! Both good, and bad. Because after playing, we found it even more striking that the game is packaged in such a large box. The cauldrons are nice, that's for sure, but for a game as simple and short as Whirling Witchcraft, it wouldn't have necessarily been necessary for us. We would have found it more appropriate if Whirling Witchcraft had been in a smaller box. The cauldrons could have been replaced by nice cardboard discs to put your blocks on. Now the game takes up quite a lot of space in your game cabinet, while you could also place a larger, more elaborate game on that spot.

Other than that, we can't say much negative about Whirling Witchcraft. It's a super simple, but fun and smooth game. You do your actions all at once so you never have to wait for your turn. In addition, the special way of scoring offers enough challenge, even for experienced players. It's an entertaining game that we can really appreciate! 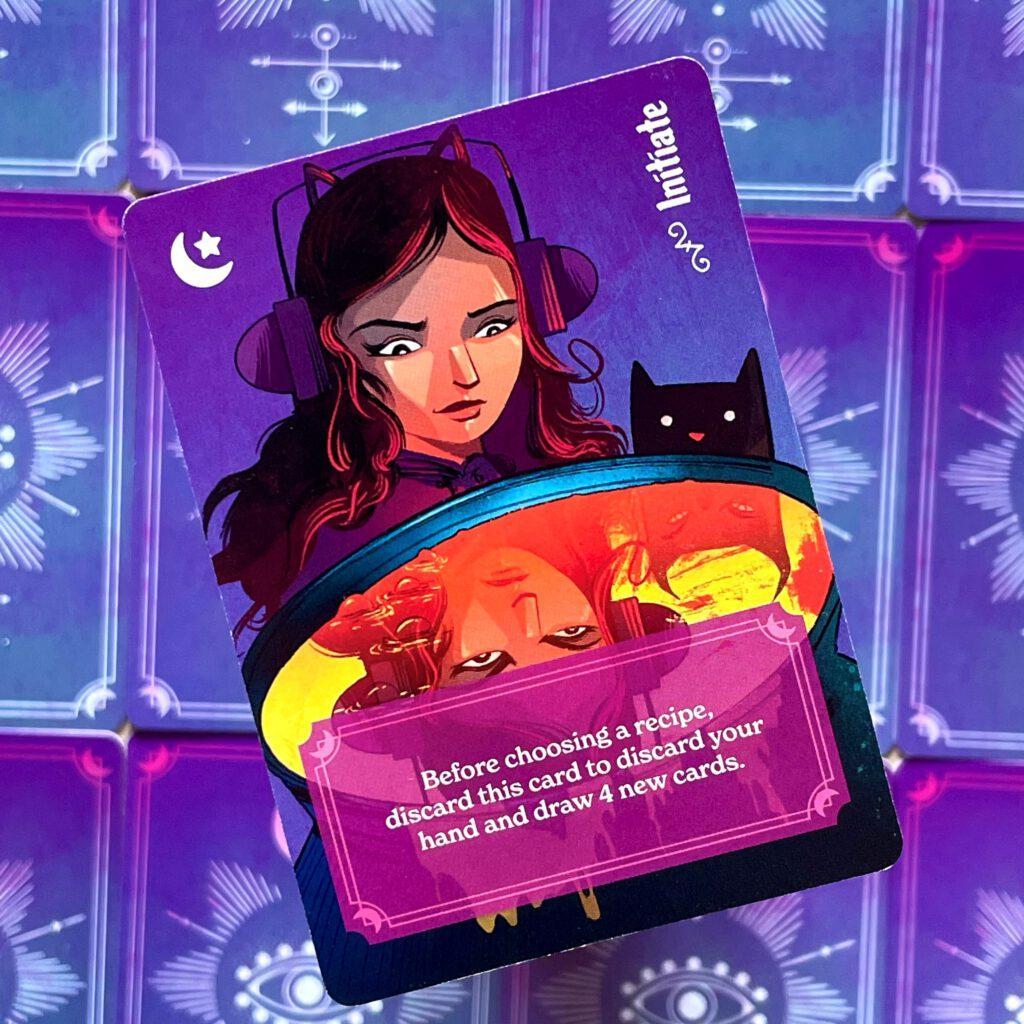 This game has been kindly gifted to us for review purposes by Alderac Entertainment Group.