In Virtù you are going to develop the best state in Italy using an action wheel of cards! 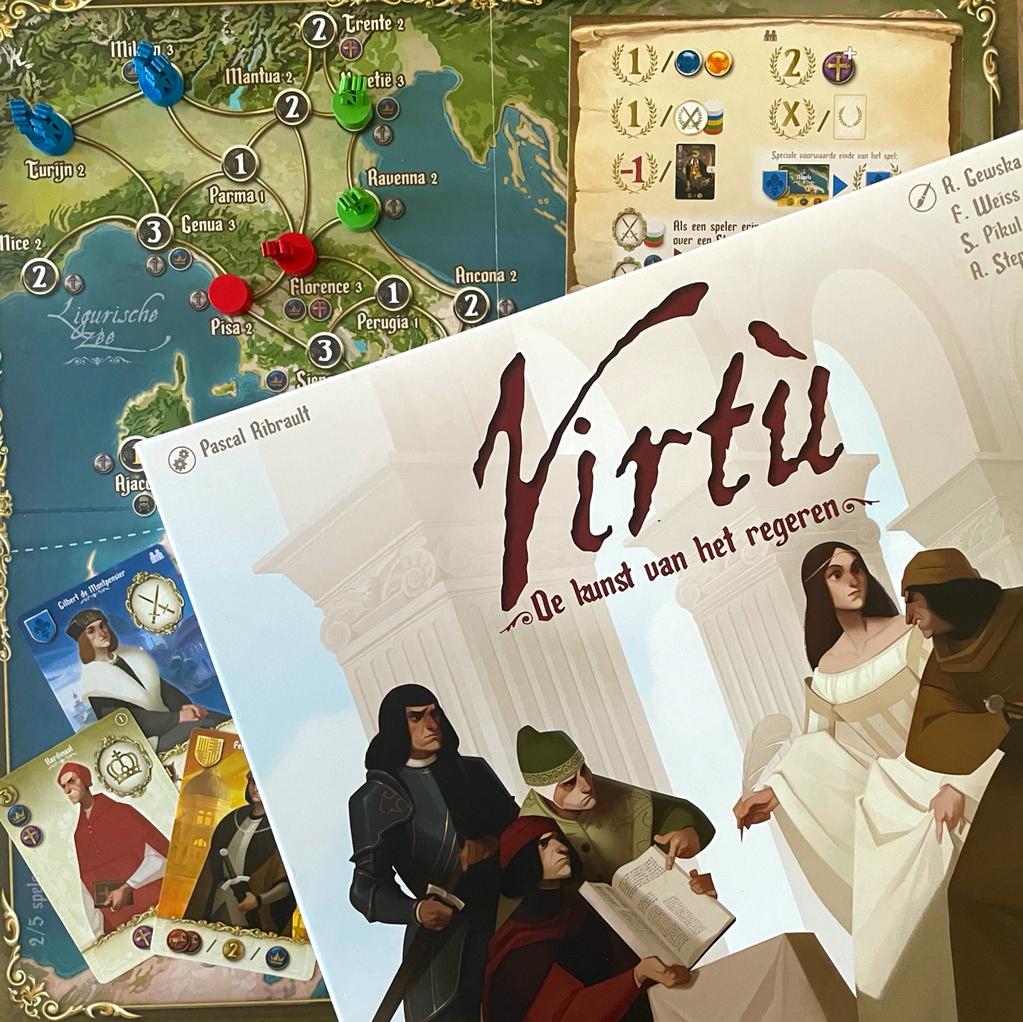 In Virtù you take the role of leader of an Italian city-state. An important mechanism that is immediately apparent in this game iswheelbuilding'. This means that each player has a wheel of actions available that he can improve as the game progresses.

Actions include, for example, waging war or plotting. With the help of these actions you can develop your city state and get better resources and goods. This in turn can be used to hire armies, forge alliances or thwart other players. The ultimate goal of the game is to collect as much prestige as possible, conquer all cities or develop yourself culturally. 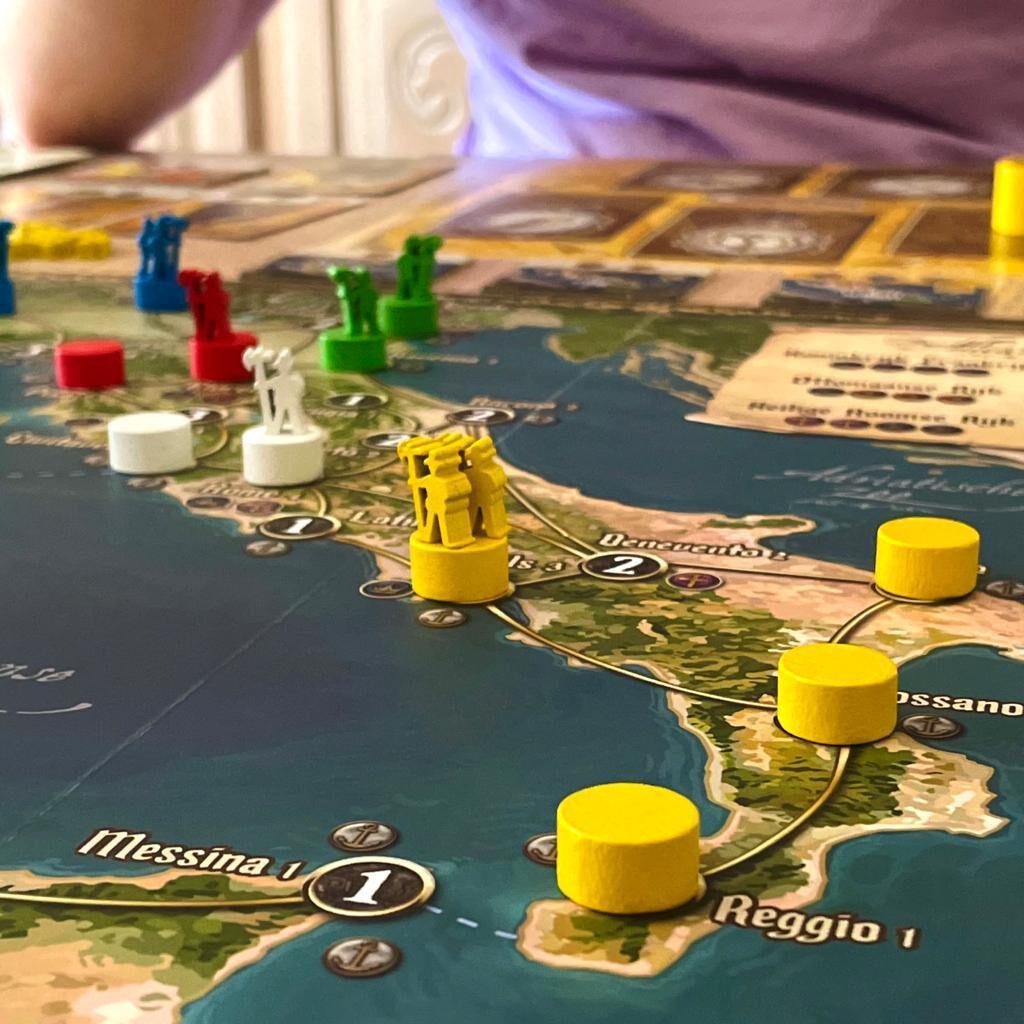 During a convention, we heard about Virtù for the first time. Virtù is an expert game with asymmetrical elements, a rondel system and a special 2 player version. Together with the beautiful artwork, Virtù immediately piqued our interest! Another great title among the ones offered by Geronimo Games. We were very curious to see how Virtù would play.

We had to be patient for a long time before we actually got any idea about this. The first time we put Virtù on the table we spent about 4 hours reading and setting up the game rules. After those 4 long hours, we hadn't even gotten through the rules, but cleaned up the game. It took a while before we had the courage to play Virtù again. The 2nd time was still tough, but after a lot of hours we could finally start playing carefully. With the emphasis on cautiously, because we still didn't quite have the game in our fingers.

Our biggest problem with the game rules and learning curve is the 2-player version. First, you have to read through a whole book of rules for multiplayer. Then you start learning the 2-player rules which are almost the same, but slightly different. When you play the game for the first time with 2 players this is very difficult. You don't get the chance to make the rules your own, but immediately have to start learning exceptions to the already difficult and sometimes illogical rules. For us, this whole learning curve was not a fun, but rather a frustrating experience.

In the end, we have played the game 3 times now, but we still don't feel like we have "really" seen the game. There are still many things unclear and for us, therefore, the game does not play smoothly. This says something about the learning curve, since we have already spent quite a few hours on Virtù. Our first impression of Virtù was very positive, an incredibly fun idea, a surprising rondel system and clever design. But is the game worth this investment of time and this extensive learning process?

For us personally, it's not. The game requires an awful lot of time from you. You have to play Virtù often, with the right people and well to really enjoy it. Only after a few games you start to discover the strategic choices, but even then you still miss the complete picture. If you want to play Virtù, you need to prepare well and be prepared to invest in it.

Since we feel that we still haven't seen the game in its full potential, we can't say much in terms of content. Unfortunately, Virtù did not manage to hold our attention for any longer. This is not a game that we would play quickly. Are you not afraid of tough rules and does Virtù sound like fun to you? Then definitely give the game a chance. We really think it can be a strong game once you get the hang of it. Hopefully someone can teach us the game, so that we can enjoy a really nice game of Virtù. 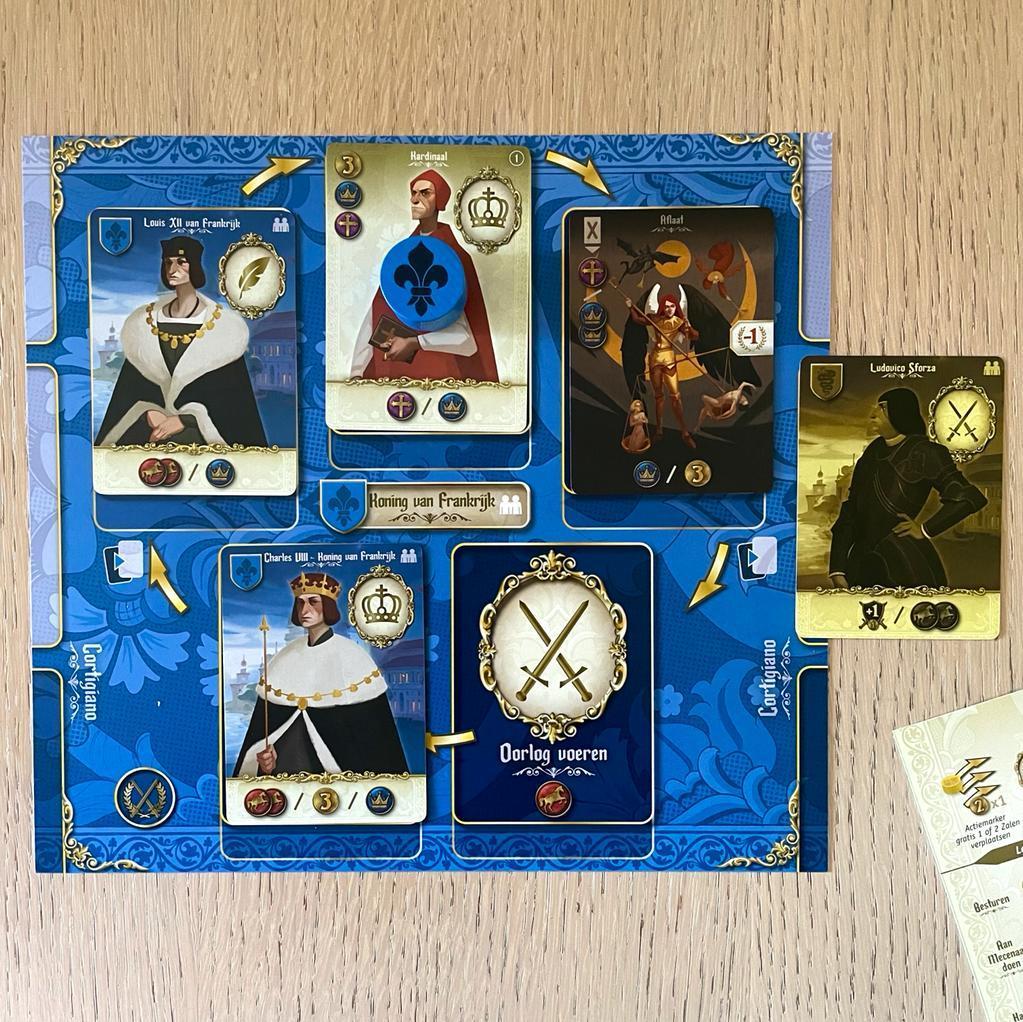 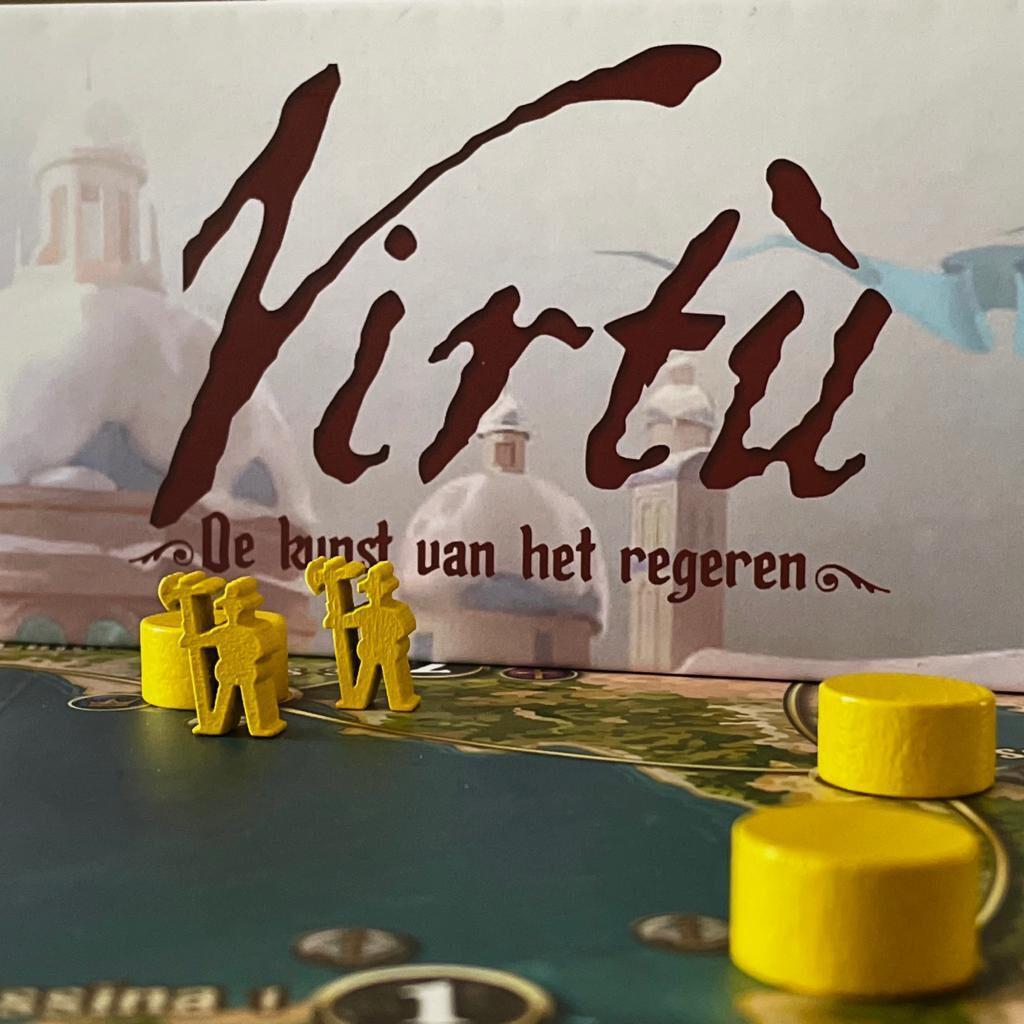 - Rules are long, extensive and sometimes not logical
- The learning curve is not rewarding
- Thin player boards

This game has been kindly gifted to us for review purposes by Geronimo Games.