In Tiny Epic Galaxies Blast Off, you race against other players to colonize as many planets as possible and score points. 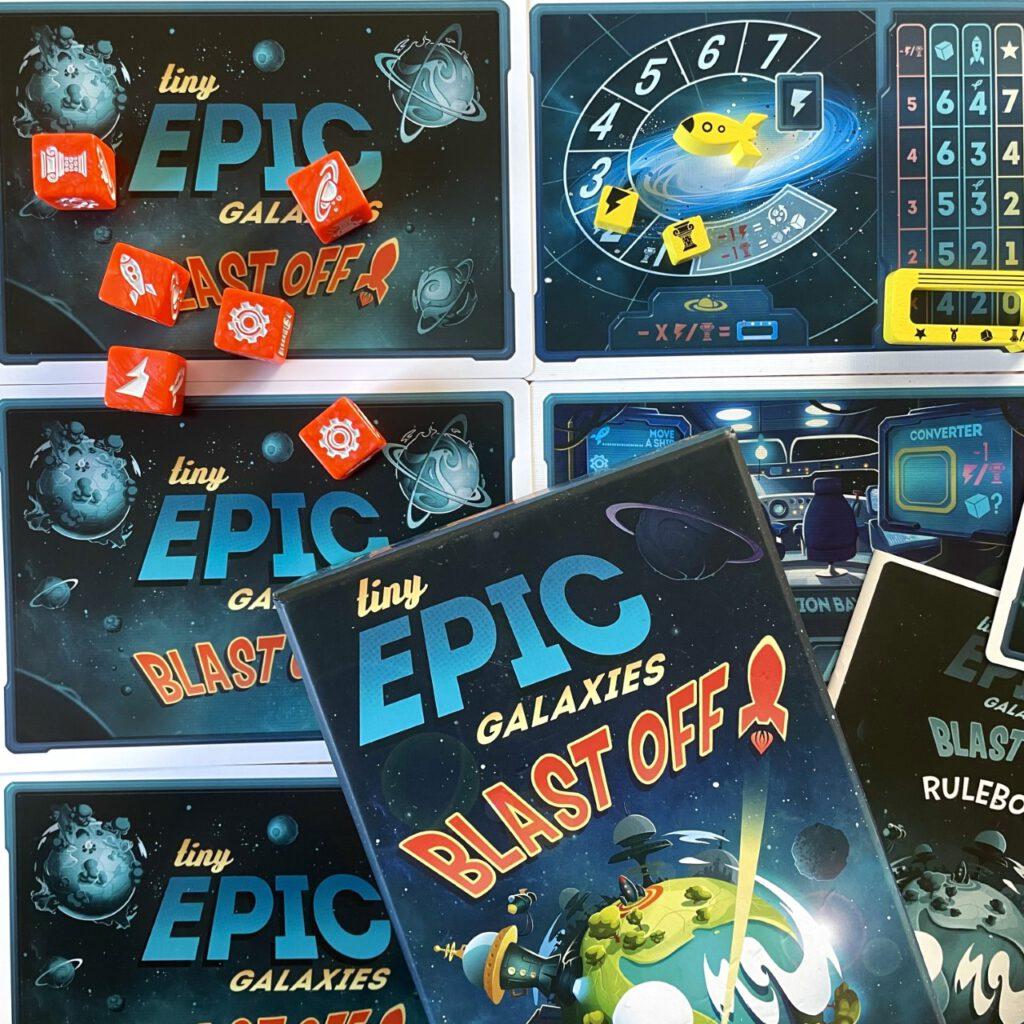 Tiny Epic Galaxies BLAST OFF is a dice and card game set in the Tiny Epic universe. You are going to try to colonize as many planets as possible using your rockets.

You start a turn by rolling a number of dice. At the beginning you may roll 4 dice, but you can upgrade this. On these dice are actions that you can use. These are: move a rocket, advance a colony, collect resources or utilize your galaxy. You may use all the dice you have rolled 1 time. The other players may also 'follow' them if they use a resource. You can move a rocket to a planet where you can use the planet action right away or choose to colonize the planet. If you choose to colonize, you must advance the colony until you get all the way to the top of the track. The planet then becomes part of your personal universe and you can use the action on it during the 'utilize galaxy' action. If you have enough resources, instead of utilizing your galaxy you can also upgrade your player board to unlock more dice and spaceships.

Points are collected by colonizing planets and upgrading your player board. The first player to gather 21 points wins the game! 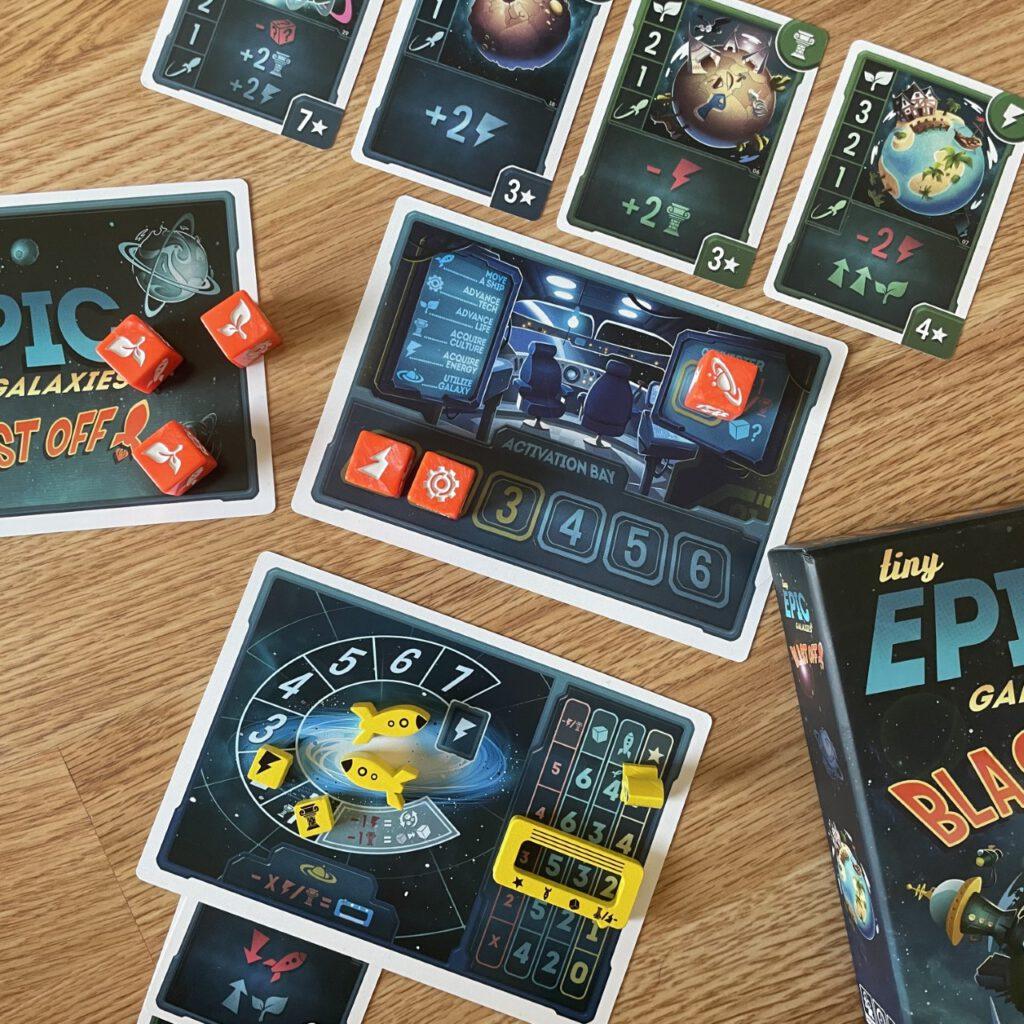 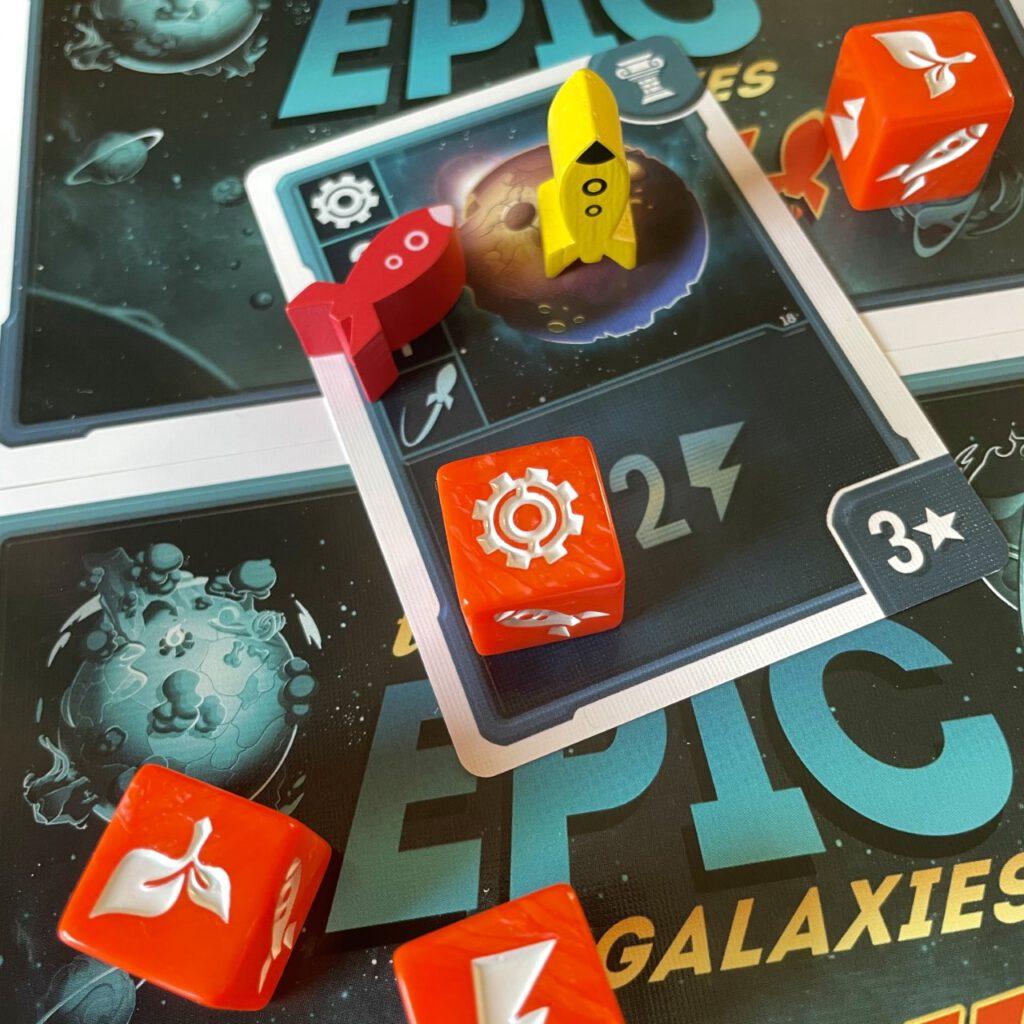 Unlike Tiny Epic Pirates, Tiny Epic Galaxies BLAST OFF does not contain any particularly small components. The game contains normal dice and cute meeples in the shape of a spaceship. Therefore, you don't have to figure out and set up much and can start playing right after reading the rules!

In addition to the larger board games, we are definitely fans of roll&writes and other dice games. It is therefore not very surprising that we liked Tiny Epic Galaxies BLAST OFF. The rules are clear, you have a limited number of actions you can perform and the game plays simple yet challenging. Perfect for when you want to play a game, but not necessarily in the mood for a brainteaser. As far as we're concerned, you can never have too many games like this!

One of our favorite things about Tiny Epic Galaxies BLAST OFF is the following mechanism. This action keeps you involved in the game even when your opponent is playing. So you don't have time to get distracted and pick up your phone, which is great fun! It is a simple action that still has a great impact on gameplay. We can appreciate this very much.

Tiny Epic Galaxies BLAST OFF is quite different from the other games in the Tiny Epic series that we have played. It is an entertaining and simple dice game with fun player interaction. This will probably remain our favorite Tiny Epic game for a while! 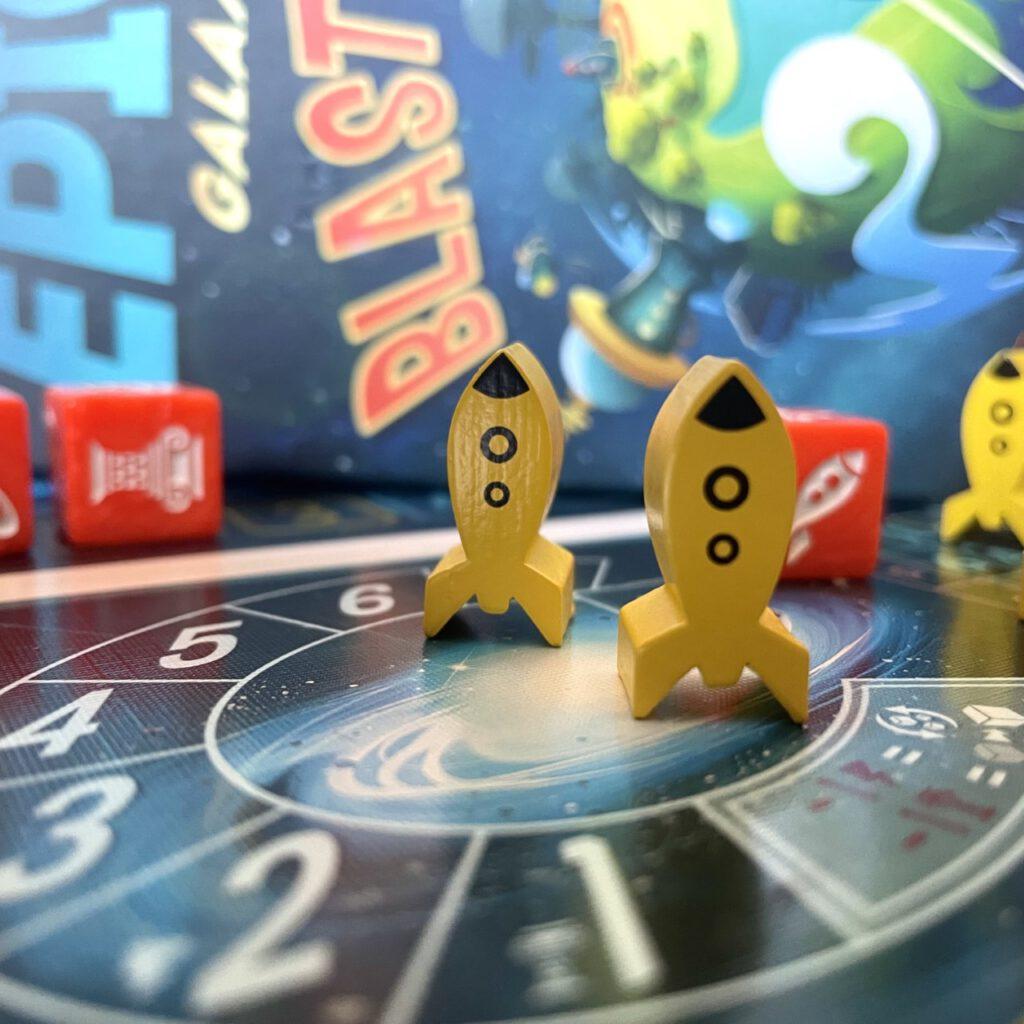 BUY ON SPELSPUL.NL
BUY ON BOL.COM

This game has been kindly gifted to us for preview purposes by Gamelyn Games.