In Tiny Epic Dinosaurs you are the manager of a dinosaur ranch and you are going to make it as successful as possible!

Tiny Epic Dinosaurs is a worker-placement game in the Tiny Epic series. These games are distinguished by being, as the name implies, very small. The box is small and full of small parts.

In Tiny Epic Dinosaurs you get to work as a dino rancher. You try to score as many points as possible by completing projects. For these projects you need to have certain types of dinos in your zoo. You can get dinos by placing your workers on the playing field. You also need fences because other types of dinos are not allowed to stand together in the field and are not allowed to escape. In addition, you also need to make sure that your dinosaurs get food. So you must try to place the dinosaurs at the right time and the right place in your zoo. If you do this in the best way, you will score the most points and win the game after 6 rounds! 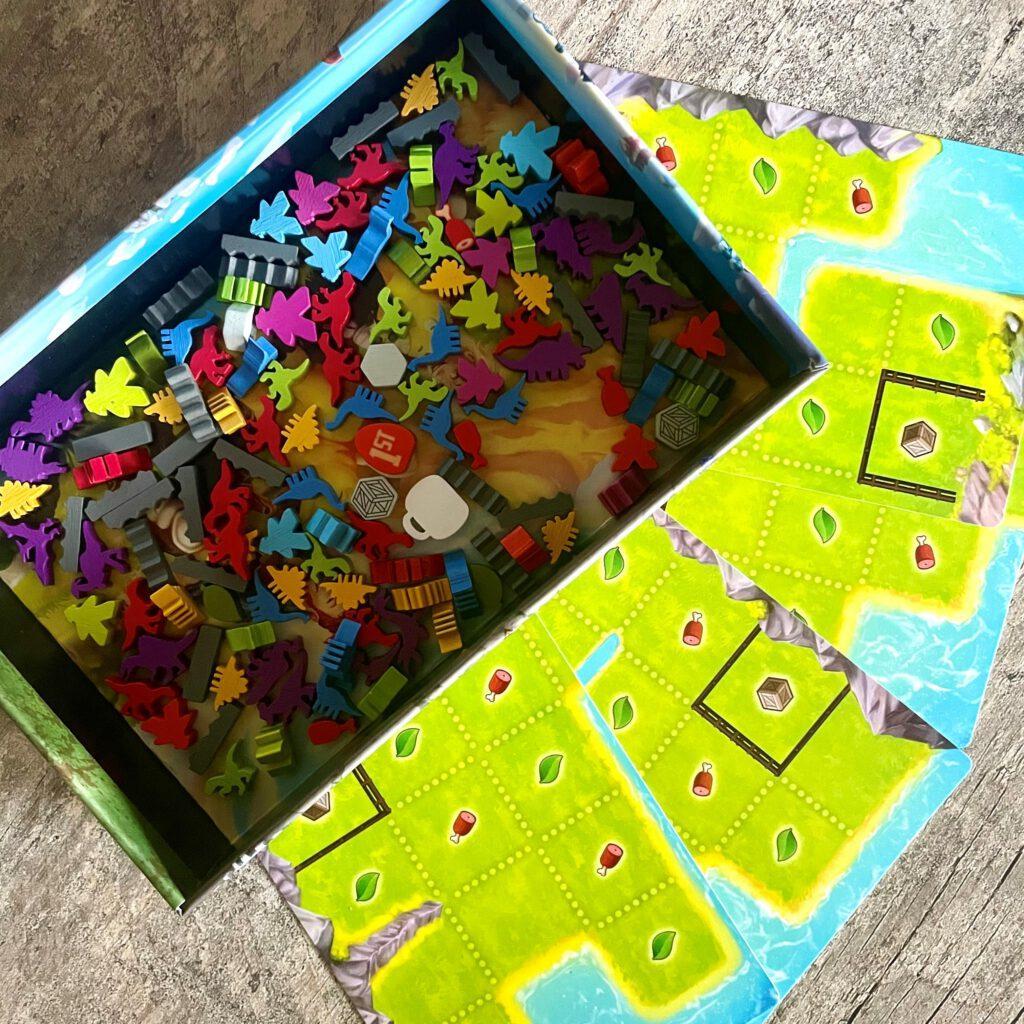 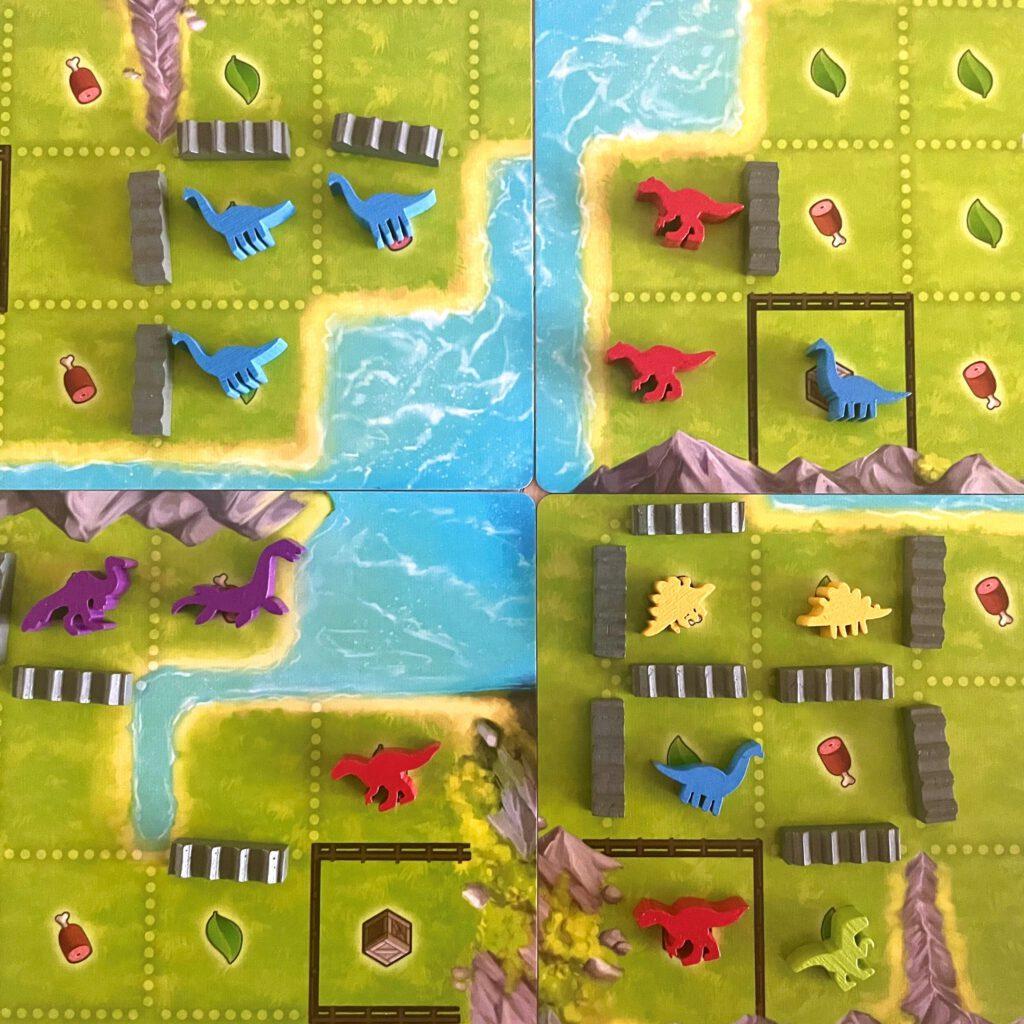 The most striking thing about Tiny Epic Dinosaurs is of course its size. It's a game that you put super easily in your bag to take with you. The meeples are small, but beautifully detailed. The purple dinosaurs are even all a unique species! We didn't expect so much detail in such a small game. In this regard, the small box is full of surprises!

The game seems simple at first. The actions are also simple but you have to think really hard and you can't really make mistakes. It's really hard to keep thinking about the right fence placement and also to feed all your dinosaurs. If you can't do this you will also be punished a lot. We may have been a little too enthusiastic in our first game by purchasing too many dinosaurs. It is fun to add all those cute meeples to your player board, but there are many more things to take into account. This makes for a fairly complex puzzle. Sometimes this can be annoying. A certain action at a certain time can cause you to make a mistake and your entire plan to fail. It does make this little game incredibly tactical, which is something you might not expect at first.

The theme really made us think like we were creating our own Jurassic Park. The theme is therefore well implemented in the game, making all the actions feel logical. The accessible theme also makes the game easy to explain to players who are not yet familiar with worker placement games.

In terms of gameplay, you can reasonably compare Tiny Epic Dinosaurs to other worker-placement games. While playing, we were constantly reminded of Viticulture. If we would compare these two games, our preference would go to Viticulture. Despite the fact that the gameplay of Tiny Epic Dinosaurs is well constructed, it sometimes felt a bit fiddly to us. What we particularly disliked while playing was the fact that a small mistake can mess up your entire plan. It can be nice to have to think carefully, but when it happens too often it can also be frustrating. A game like Viticulture gives you a little bit more options in this and that is something we can appreciate. Of course it is not fair to compare the components. Some people just prefer a big game that looks nice on the table.

When we are in the mood for a worker-placement we are more likely to put the bigger games like Viticulture and Rajas of the Ganges on the table. That said, Tiny Epic Dinosaurs is an entertaining game that is well put together. When we go on vacation and have limited space in our suitcase, this compact game will definitely go with us! After all, it remains remarkable how much challenge and play there is in this little box! 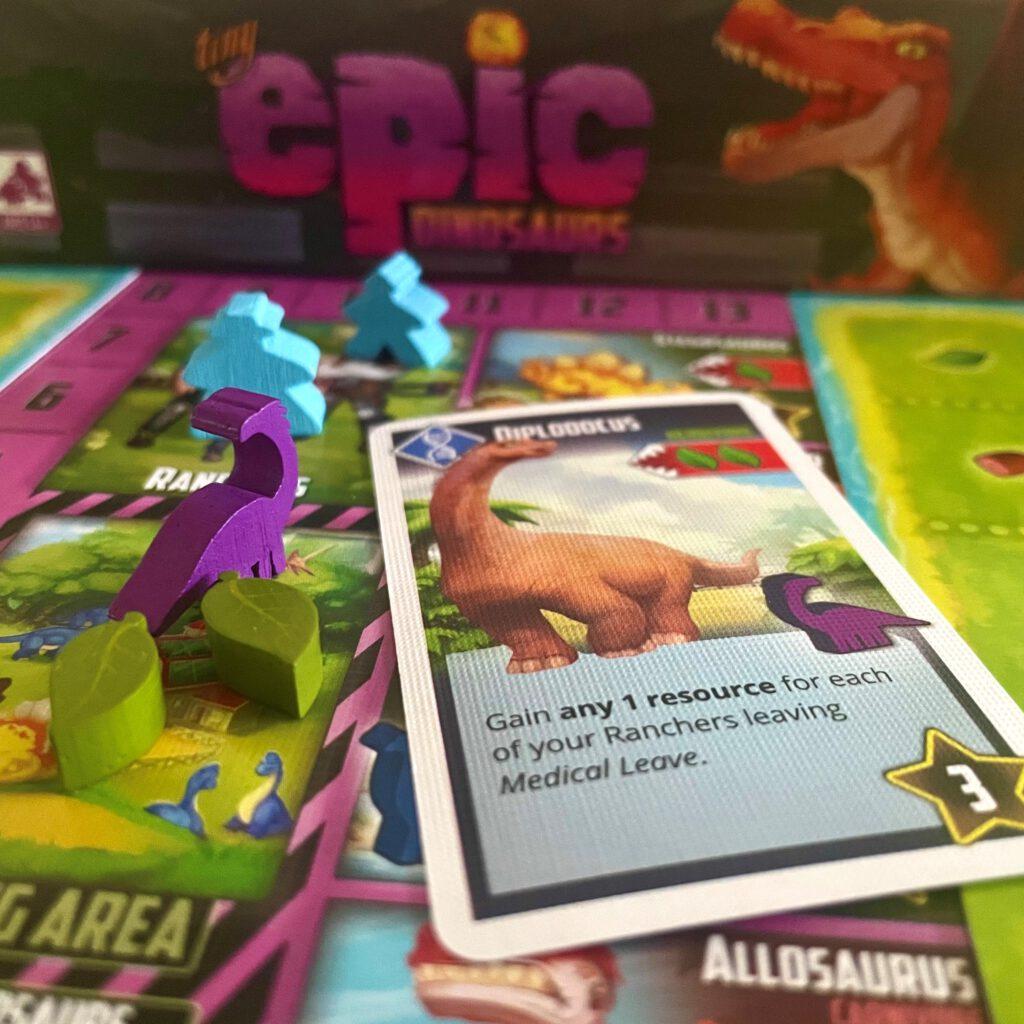 This game has been kindly gifted to us for preview purposes by Gamelyn Games.