In Sherlock 13 you take the role as a detective. You will try to unmask the infamous thief Arsene Lupin, who disguised himself as one of the characters! 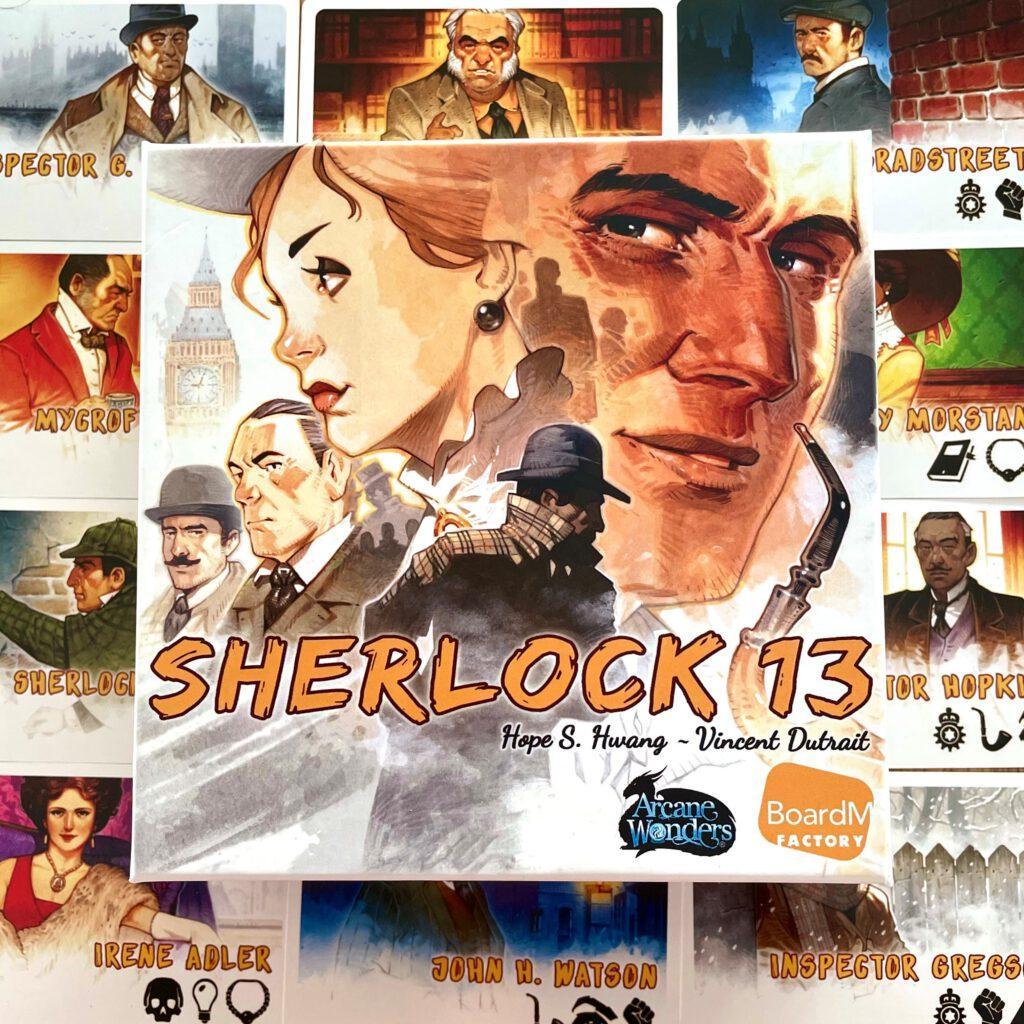 In Sherlock 13 you take the role as a detective. You try to find the infamous thief Arsene Lupin. However, he disguised himself and it is your task to unmask him!

- To all players: who has (at least) 1 of the following characteristic ….?

- To 1 player: how many cards of the characteristic …. do you have?

Instead of asking a question, a player may also reveal who he thinks Lupin is in disguise. This player looks at the put aside card for himself and if he gets it right, he wins the game. However, if he's wrong, he immediately loses and the other players continue until Lupin is unmasked! 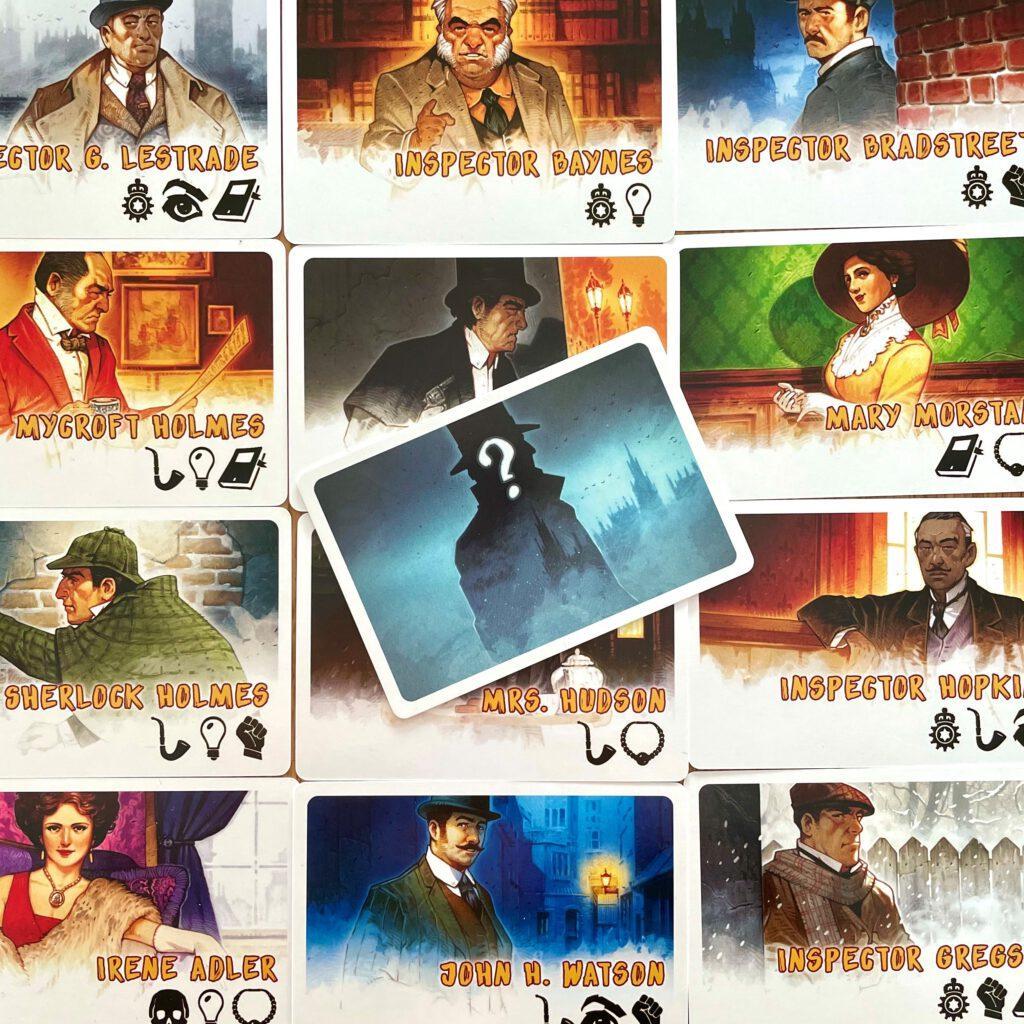 Sherlock 13 is a small and very fast game. This game is a classic example of deduction. We don't have much experience with deduction games yet, so we really enjoyed getting to know the genre. The rules are very well explained in the rulebook and you can start very quickly. The clue sheet is very clear and you can easily keep track of who has which characteristic.

The artwork matches the theme well and the cards are of good quality. You also get a screen that prevents your opponents from seeing what you are doing on your clue sheet. The artwork and the screen contribute to the atmosphere of the game. The theme is implemented well.

The game mechanism is very simple for us, but you have to think carefully and ask tactical questions. The trick is to be faster than your opponents. You will notice that by the end of the game everyone is very close to guessing who Lupin is. So sometimes it might be smarter to take a gamble because other players might already know.

For the more experienced players among us, there is also an advanced variant. In this variant, you will not take the the back card in your hand into account while answering questions. After each turn, you rotate the cards in your hand so the back card is another one. This makes it a lot more difficult to keep track of which characteristics are in the hand of your opponents. Very nice for the players among us who are looking for a bit more challenge.

We really like this game as a filler and as a stepping stone to heavier deduction games. We can imagine that, between heavier games, it is a very nice game where you have to think a lot less. It probably lacks some depth for the more experienced players among us. 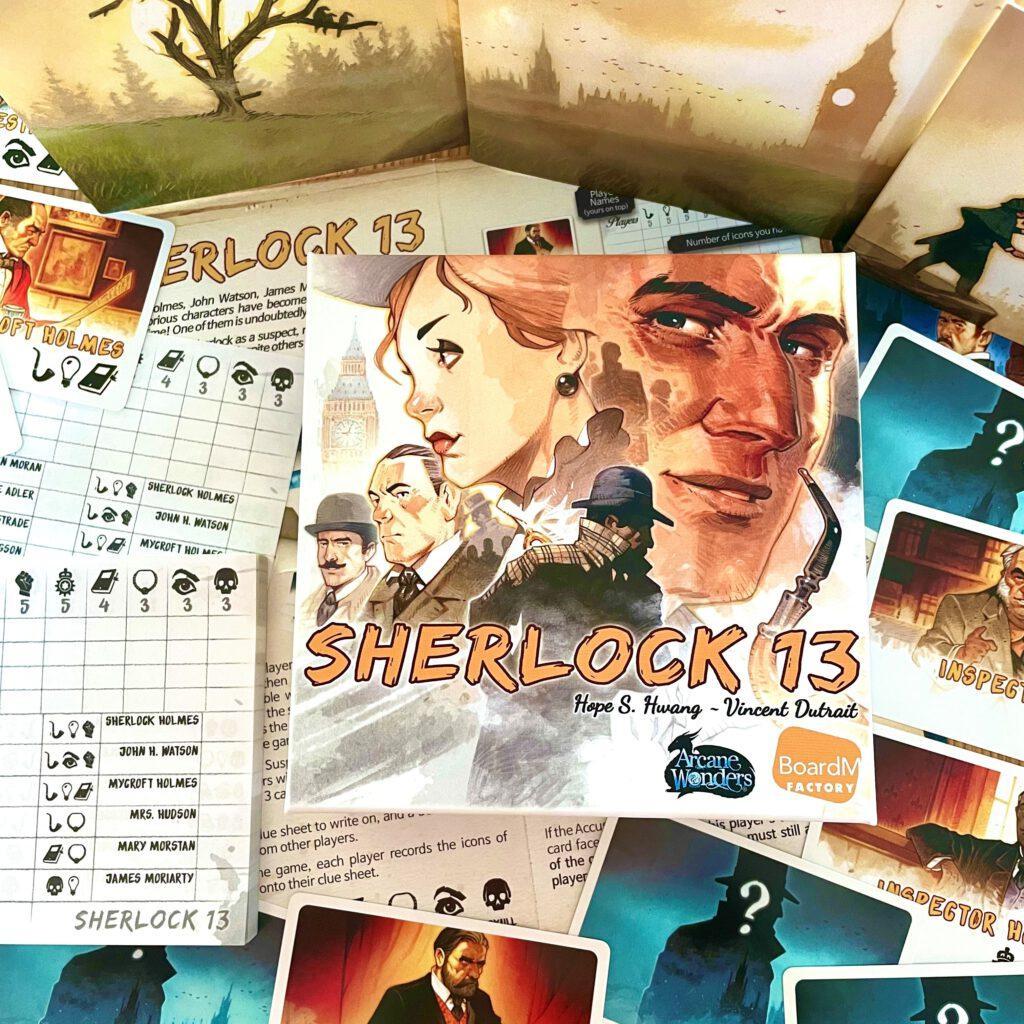 We think it is very nice and unique that this game can also be played with 2 players. Most deduction games lack the option to play with 2 players. In the 2 player variant you discard 3 cards face down at the beginning, the middle one being Lupin. One question you can ask changes to: "How many of a certain characteristic do you have?". The other question is deleted and instead you may exchange a card from your hand with one of the outer 2 face down cards. This will put your card face up on the table. This can be done a maximum of 2 times. The dynamics are very nice with 2, but you find out who Lupin is pretty quickly. You can also combine the 2 player variant and the advanced variant, which makes the game a lot more difficult. However, we think that this game will do better with more players. This game is perfect to play at a party or as a filler during a game night.

This game has been kindly gifted by the publisher for review purposes.