In Railroad Ink you work as a rail- and highway manager. It is your job to make sure that the network is as efficient as possible. 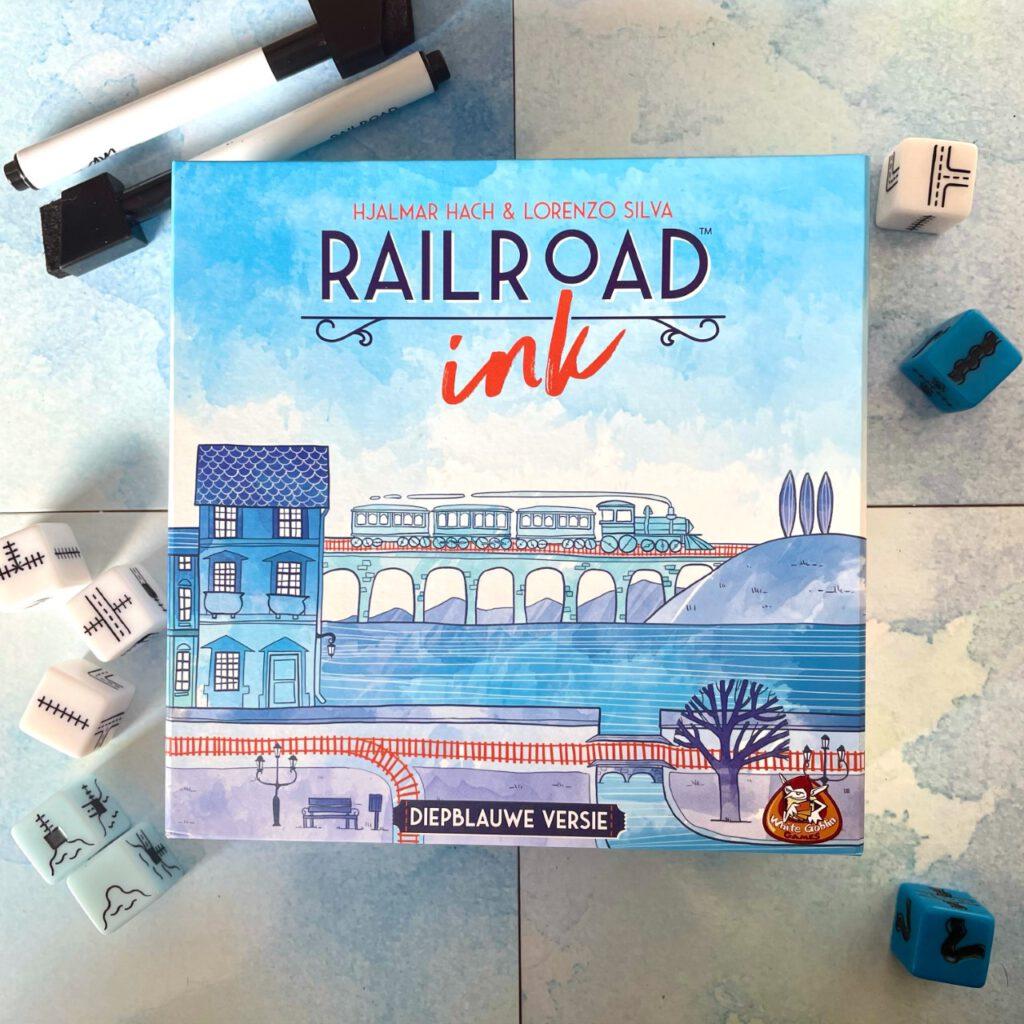 In this fast-paced roll&write game, Railroad Ink, you get to work as a rail- and highway manager. You have to make sure that your network is built as efficiently as possible and that all roads are connected in the right way. If you have built the best network, you are the winner!

In Railroad Ink you have your own kind of whiteboard on which you draw your network. You do this with a marker that is included. The marker also has a wiper attached to it, which makes it easy to erase mistakes. Your player board also shows, for reference, all the different types of rail- and highways you can roll with the dice.

The game starts with picking a starting player who will throw the 4 dice. The rail- and highways depicted on the dice must be drawn on the board. There are, of course, rules to this. Highways may only be drawn connected to highways and railways only to railways. To connect railways and highways there are also sides of the dice with a station on them. This is a black square between a highway and a railway. The object of the game is to score points by connecting as many exits as possible. The more exits connected, the more points you score for that network.

The game consists of 7 turns in which you always draw 4 types of routes. You may erase routes during the same turn if you see a better place. When the turn is over, you may no longer erase routes. To keep an overview, you also have to draw the number of the round above each route. At the end of the game you will have drawn 28 routes. However, you may also draw intersections. These are shown on your player board. You may draw up to three of these and no more than one in each turn.

When each player has drawn all routes, you calculate the final score. You get points for all networks you have, so all connected exits. You also get points for the longest railway and the longest highway. In the middle of the game board is a red square and you get 1 point for each route you draw in this square. You then get minus points for each route that has a dead end. The player with the most points wins the game, of course! 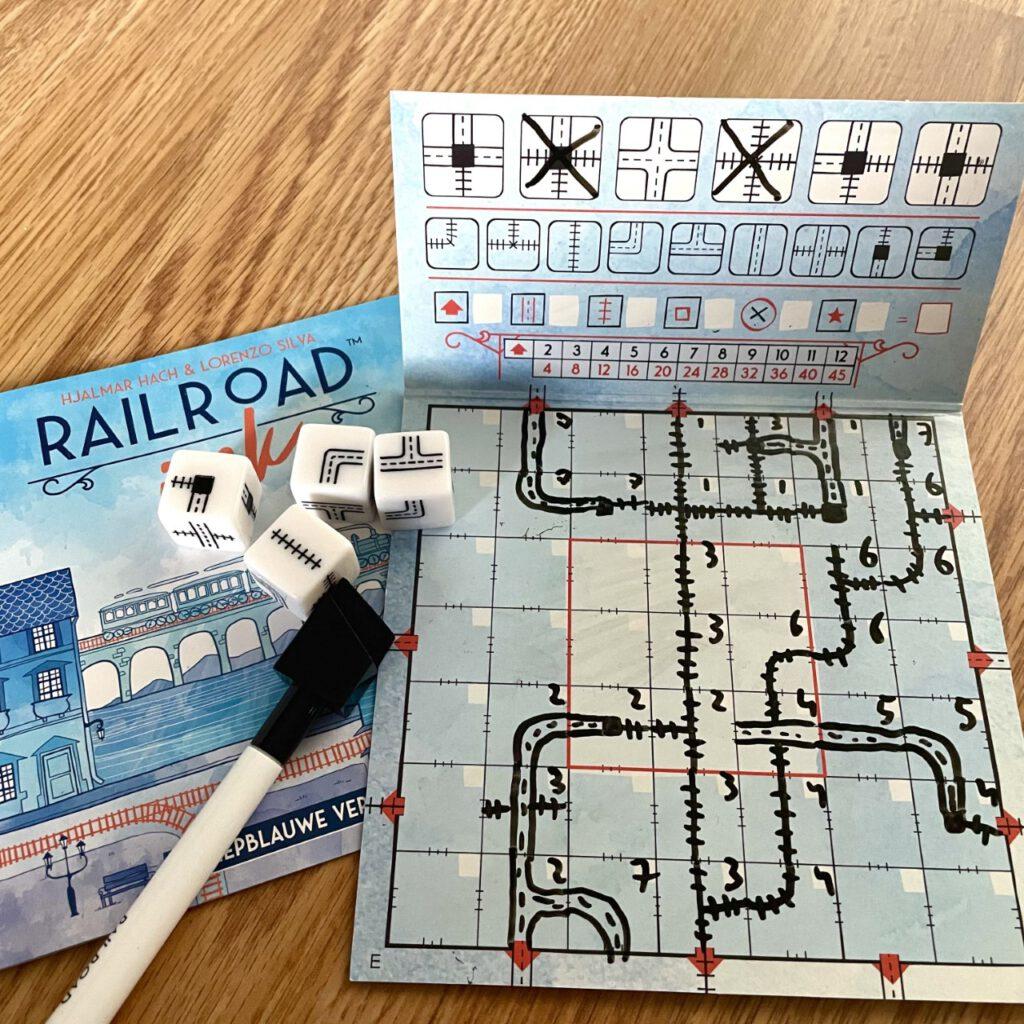 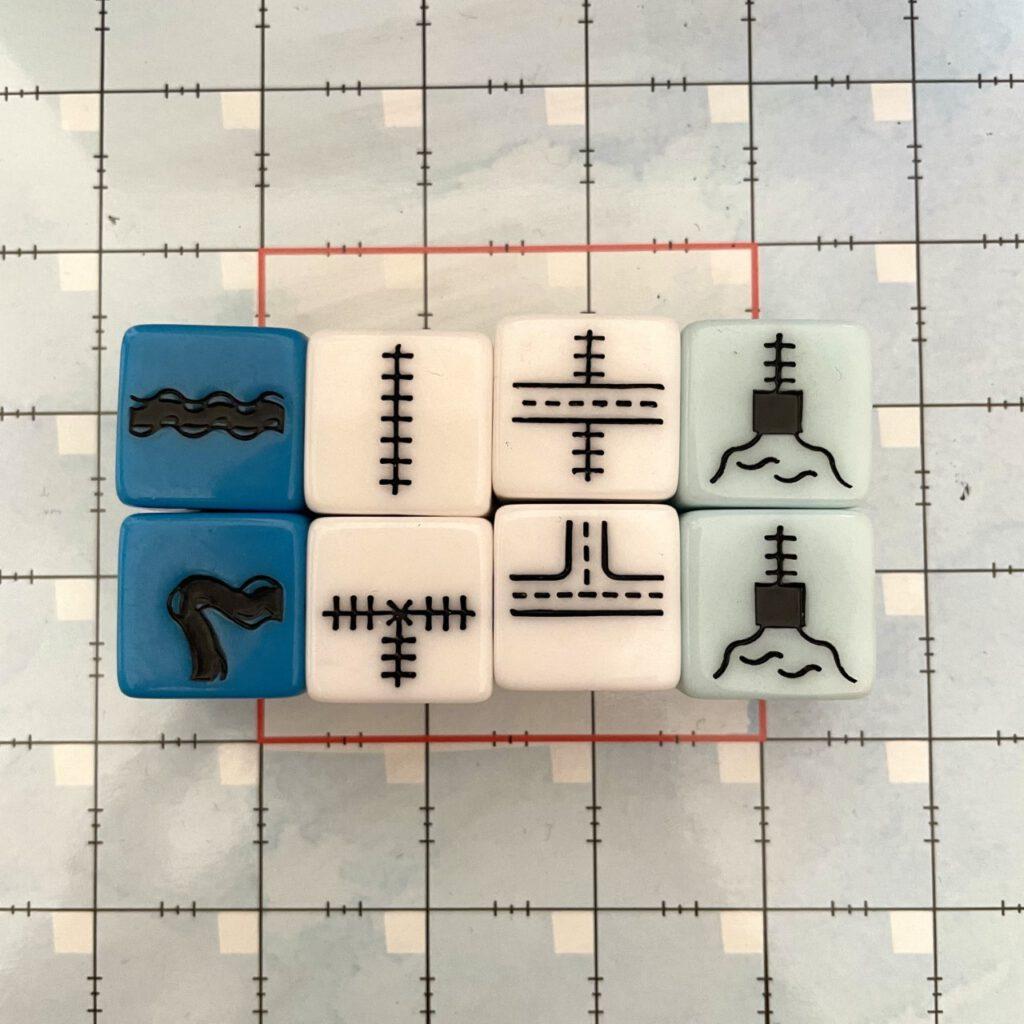 We love roll&writes, so Railroad Ink caught our eye. This game is very simple in concept and execution. It feels to us like a perfect introduction to the roll&write genre.

Insight is definitely something that is important in Railroad Ink. You have to connect all routes as tactically as possible to score the most points. If the route you are looking for does not come, you will have to find a solution with another one. In this version of the game there are also 2 expansions, the rivers and the lakes. We think this is necessary because you can quickly get bored with the base game. This is because there are only 9 different types of roads in the base game. So the replayability is a bit lower here.

Because you always draw all the dice that have been rolled, you don't really have any interaction. This does make the game a lot quicker and you're not constantly waiting for each other. It feels more like you are both playing a solo game and comparing scores. We don't mind that in this game, because it makes the game a lot faster, you're never sitting around doing nothing.

We really like the fact that you can erase your choices in this game. This also ensures that you can play indefinitely and do not need new score sheets. As far as we are concerned, other roll&writes can learn from this.

If you are looking for a game that introduces the roll&write genre well and that you can play quickly between other games, then Railroad Ink is highly recommended. However, if you are looking for a more extensive dice game, this might not be your cup of tea. In that case you might want to pick a different game, like Rajas of the Ganges: The Dice Charmers. For us, this game was exactly what we were looking for. A simple and quick dice game to play in between other games. 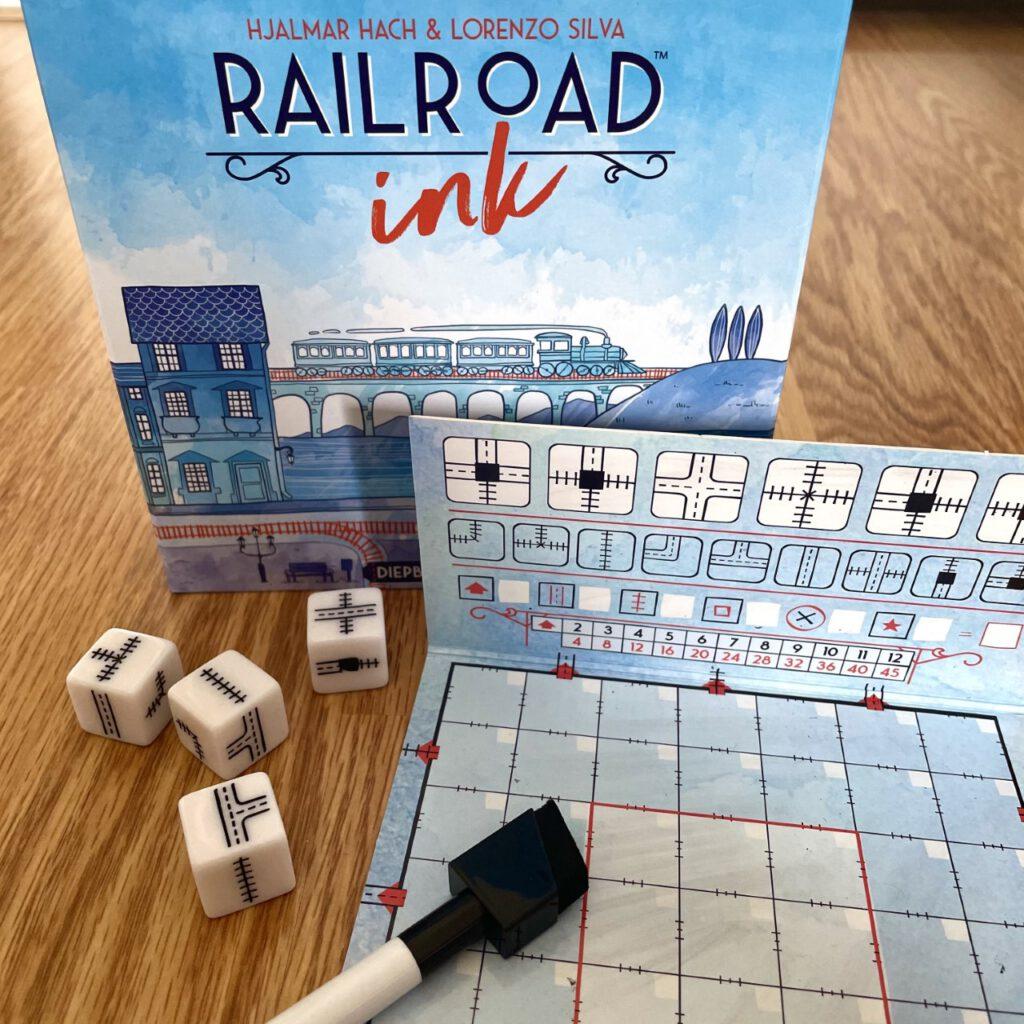 Because everyone is drawing on their own player board and everyone has to draw all the dice, you don't really have any interaction. It does not matter to you what your opponent does. Therefore, this game does not change as you play with more.

– No interaction
– Base game has low replayability