In this Roll & Write version of Lost Cities, you go on an expedition on the 6 colored paths on your score sheet and try to get as far as you can. 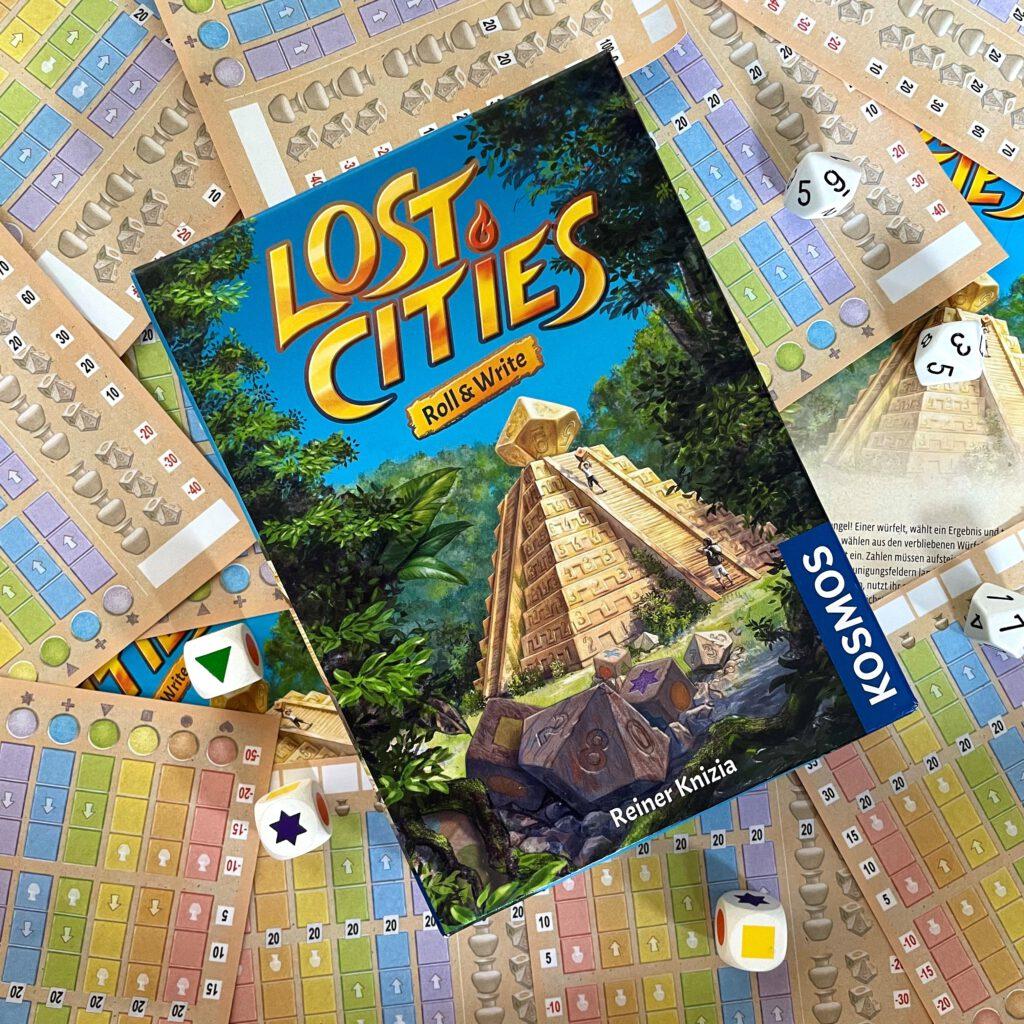 Lost Cities: Roll & Write is the roll&write version of the well-known board and card games. This roll&write immediately reminded us of Qwixx, but different! In Lost Cities Roll & Write you go on an expedition on the 6 colored paths on your score sheet. On those paths you can get different bonuses. Each turn you roll 6 dice, 3 for the color and 3 for the number. You always choose a combination of a color and a number. The active player always gets to choose first. The dice he chooses are no longer available to the other players.

If you choose a 0 in combination with, for example, red (and you haven't started your red expedition yet), then you can cross off the bonus field at the bottom. You will then receive double points for the red expedition! However, this is only possible if you have not yet filled in any numbers in the red path. Did you choose a different number? Then you can fill it in the empty field farthest below your score sheet. In Lost Cities: Roll & Write you can only fill in numbers equal to or greater than the previous number. We recognized this from Qwixx. It is therefore useful to write down low numbers in the beginning. Then you have a better chance to fill in another number during your next turn.

Can't or won't write down your number? Then cross off a die on the right side of your score sheet. Passed rolls are going to earn you points so it can be helpful to pass several times during the game. But beware! If you pass too many times then you end up getting no points. As soon as both players cannot pass a roll anymore or when all paths up to a certain point have been completed, the game is over. The player with the most points then wins the game. 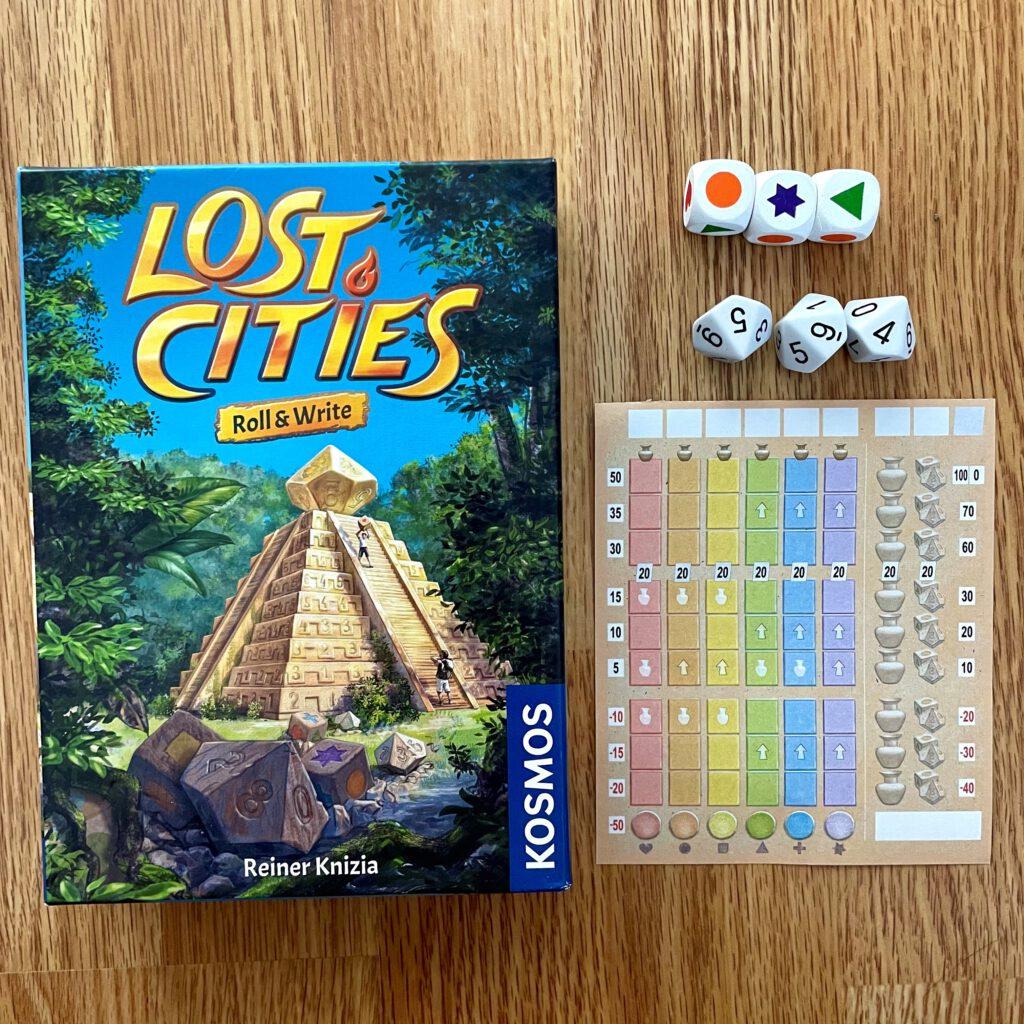 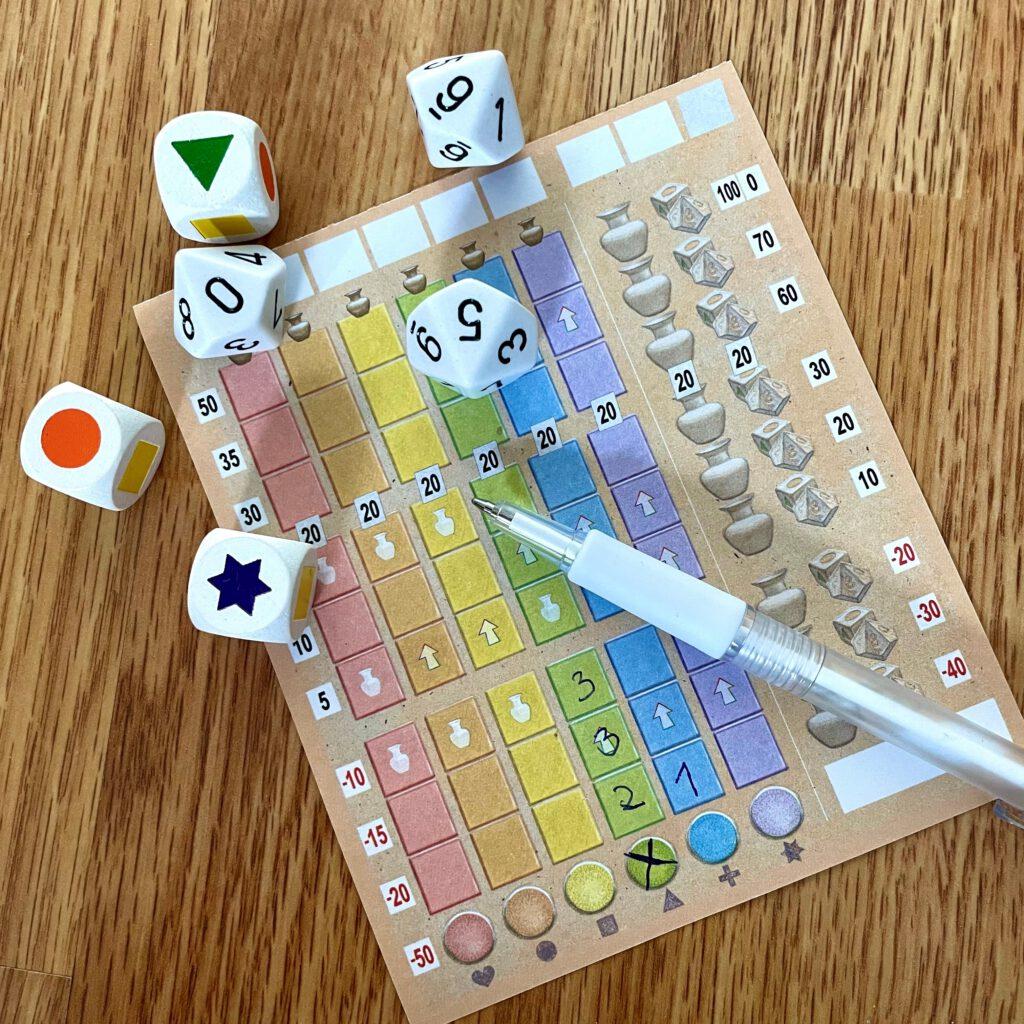 Lost Cities: Roll & Write is our first introduction to Lost Cities. Unfortunately, we cannot compare this version with the existing board and card games. However, we can say that we really like the roll&write version! As we mentioned in the game review, the game reminded us of Qwixx, but different. Lost Cities: Roll & Write has similar elements, but feels a bit more extensive and tactical. Still, the game was simpler than expected. We were able to start playing within 5 minutes!

We first played this roll&write in a hotel room and during our vacation. This immediately shows that it is a great game to take with you anywhere. It is also a really nice game for in between. Quick to learn, easy to play, but also challenging. Just like Qwixx, you can easily explain this roll&write to an inexperienced player. It takes you little time to explain and set up so you can start playing super fast! You can play the game with 2 to 5 players, but as far as we're concerned any number of players will play just fine. Lost Cities: Roll & Write is thus very suitable for all kinds of parties.

The only thing we noticed was that sometimes the game can be fairly long for what it is. When we play a roll&write we are often looking for a somewhat faster game. A game of Lost Cities, on the other hand, sometimes took a little longer than expected. On the box it says 30 minutes, this is also about how long it took us. Yet we automatically assumed that we could play the game faster because it is a roll&write. We like the game, so it is not a bad thing that it takes half an hour, but it is something to keep in mind if you think you can play a quick game.

If you love roll&writes and put them on the table often, Lost Cities: Roll & Write is definitely worth a look. As far as we can tell, this roll&write version is definitely similar to the existing board and card games. So even for fans of these previous games, it is definitely recommended! 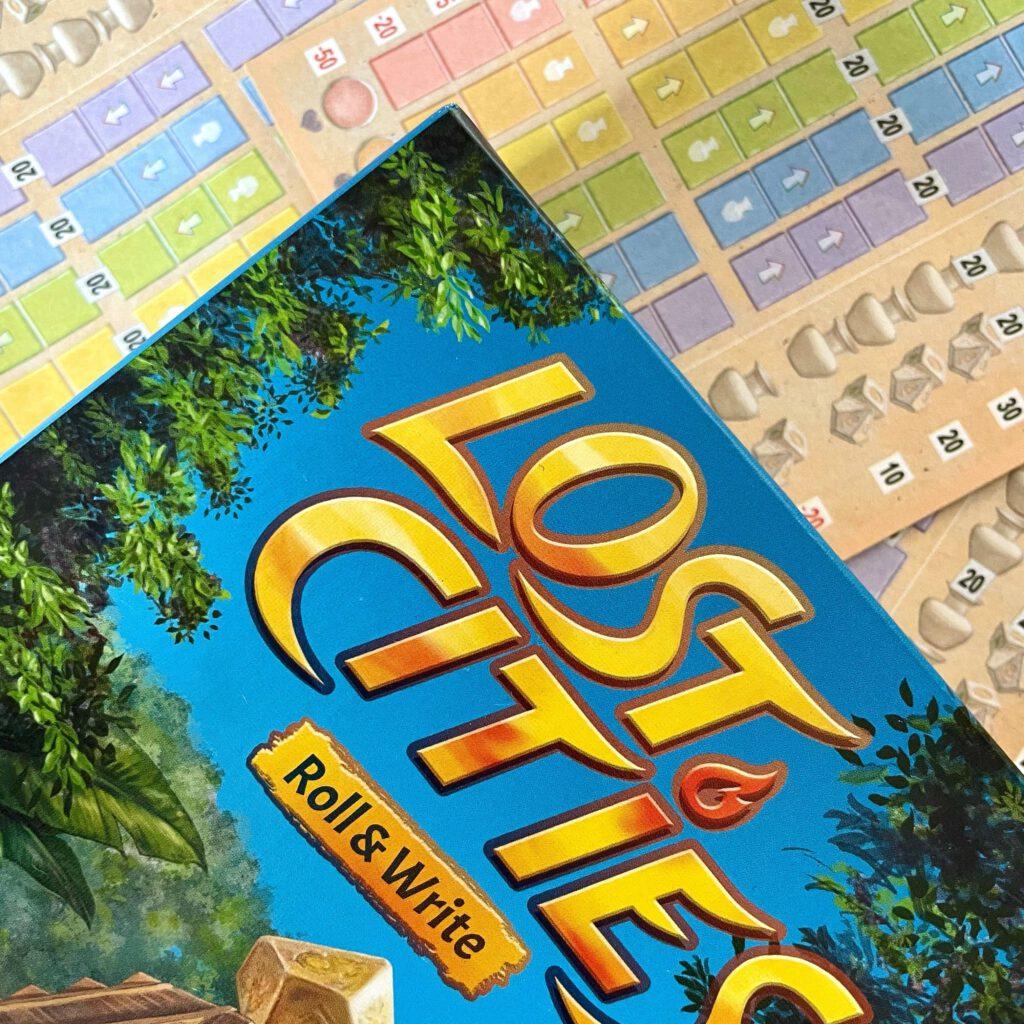 - The game takes long for what it is

This game has been kindly gifted to us for review purposes by Kosmos Games UK.