In Kodama Forest, you and your neighbors build the most beautiful forest by placing tiles on shared boards. 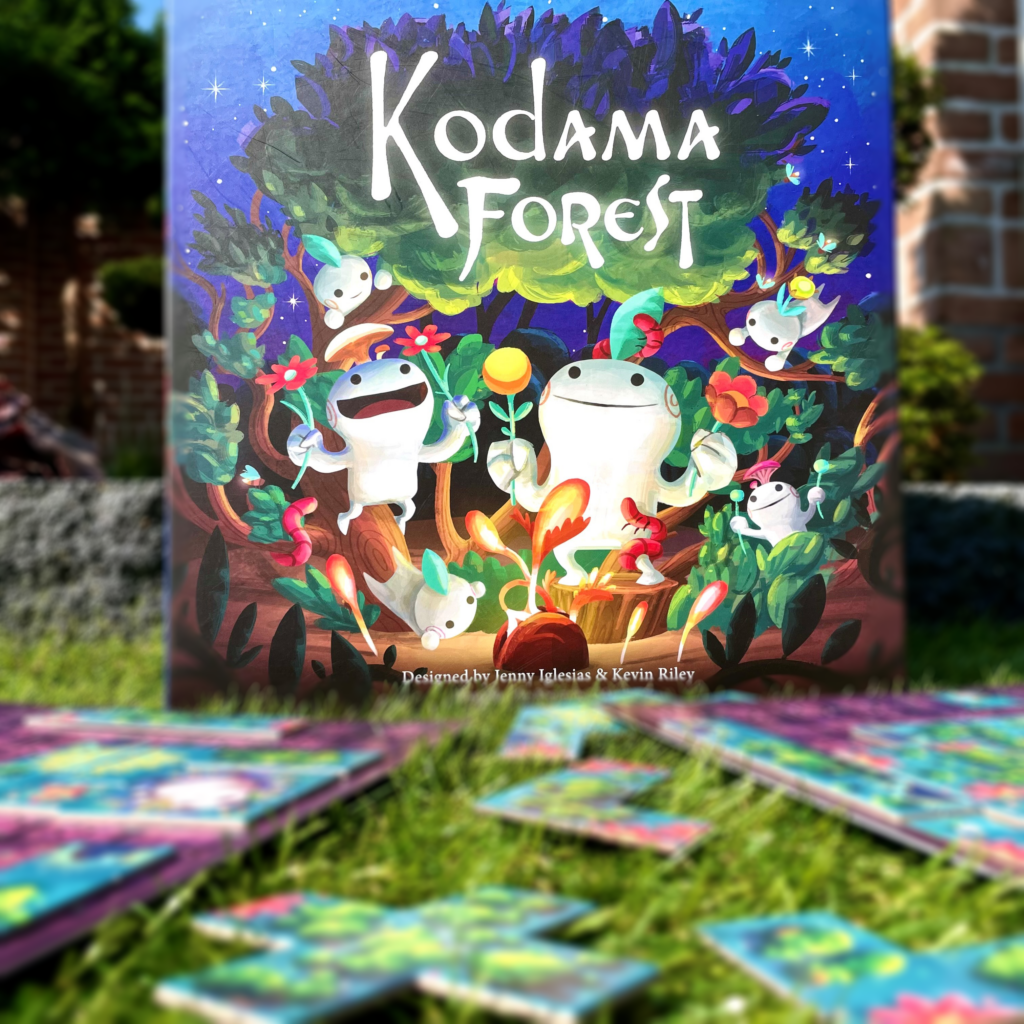 Each round you place 1 tile on your left player board and 1 tile on your right player board. As in Alice's Garden, you can earn bonus tiles by placing certain tiles, such as the tiles with flowers, adjacent to each other. These bonus tiles are 1, 3 or 4 spaces in size and can be used to fill your player board. The game ends when all the 5 and 10 spaces on a board are covered. At the end of the game, you get points for all dirt squares and all numbers that are not covered. Players get points for both their player board left and right. The player with the fewest points wins the game.

Basically, Kodama Forest is a game for 3 to 6 players. However, the game does come with additional variants for solo and 2 player games. 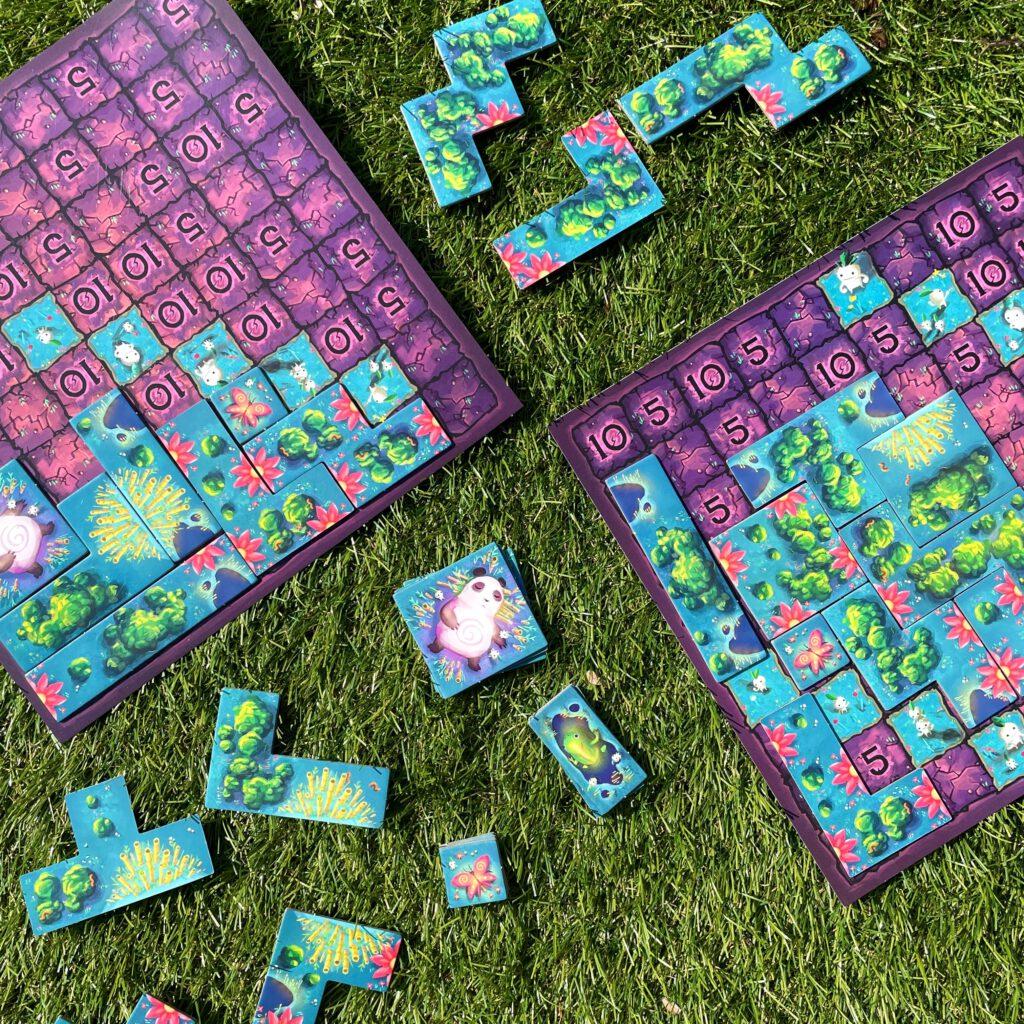 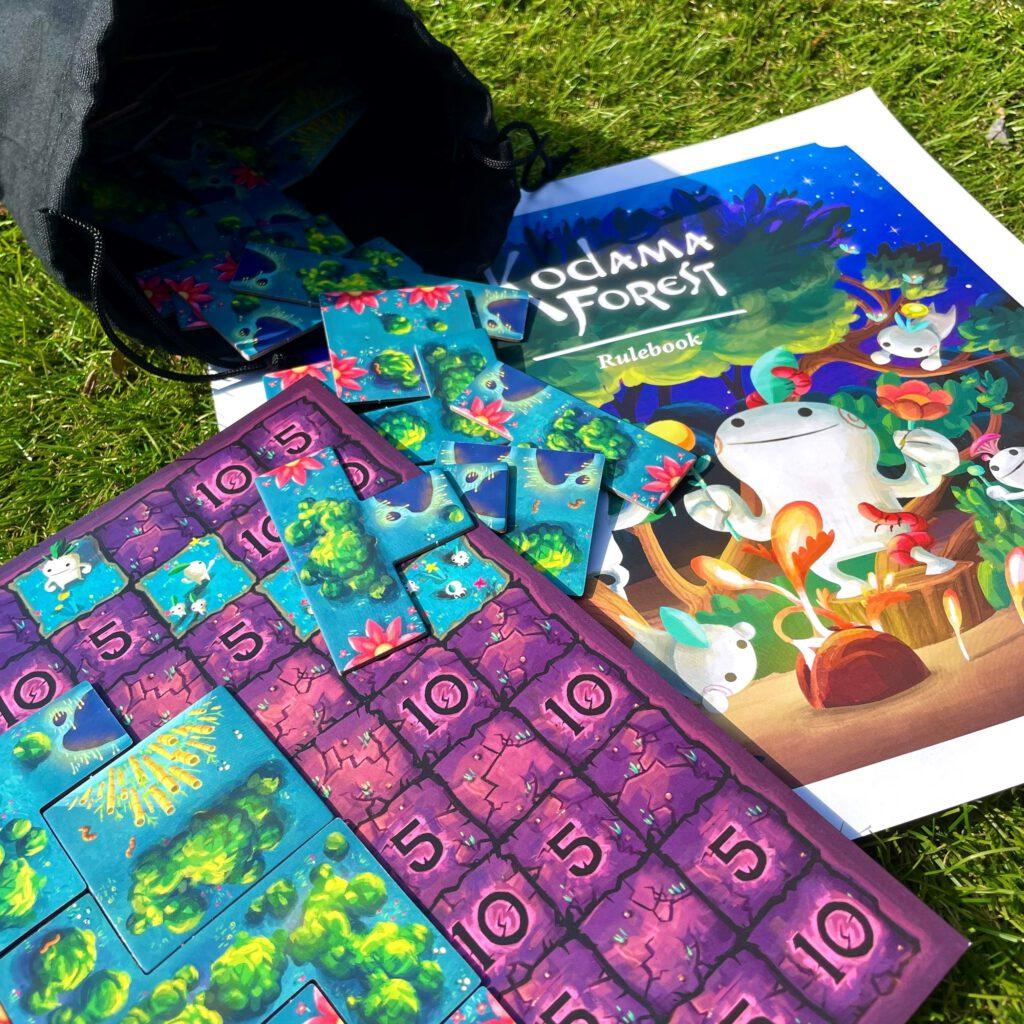 We are fans of abstract puzzle games and Patchwork is still a favorite here at home. So we were definitely very curious about Kodama Forest as well! Not only the game mechanics, but also the box with the cute creatures and colors, caught our attention immediately.

Beforehand, we were a little worried about the fact that Kodama Forest is a game for 3 to 6 players. We almost always play with 2 players, so a game needs a good 2 player version in that case. Kodama Forest has surprised us in a positive way. The game has not 1 but 2 versions for 2 players. There is both a cooperative and a competitive version. After playing both versions our preference goes strongly to the competitive version. Yet playing Kodama Forest is most fun when you are with at least 3 players. The game is based on the fact that you have shared player boards, so you have to cooperate with your opponent, but also interfere with him or her a bit. In a 2-player game this mechanism changes and you don't use that. We like Kodama Forest with 2 players, but it is even more fun with at least 3!

The quality of the game is fine and it looks incredibly fun. The game contains different player boards with different patterns on them. This ensures that each player has a different board and also increases replayability. The only downside we could find is the fact that the player boards are very thin. There are 6 player boards in the box, so we understand it, but it would have been nice if they were a little sturdier. 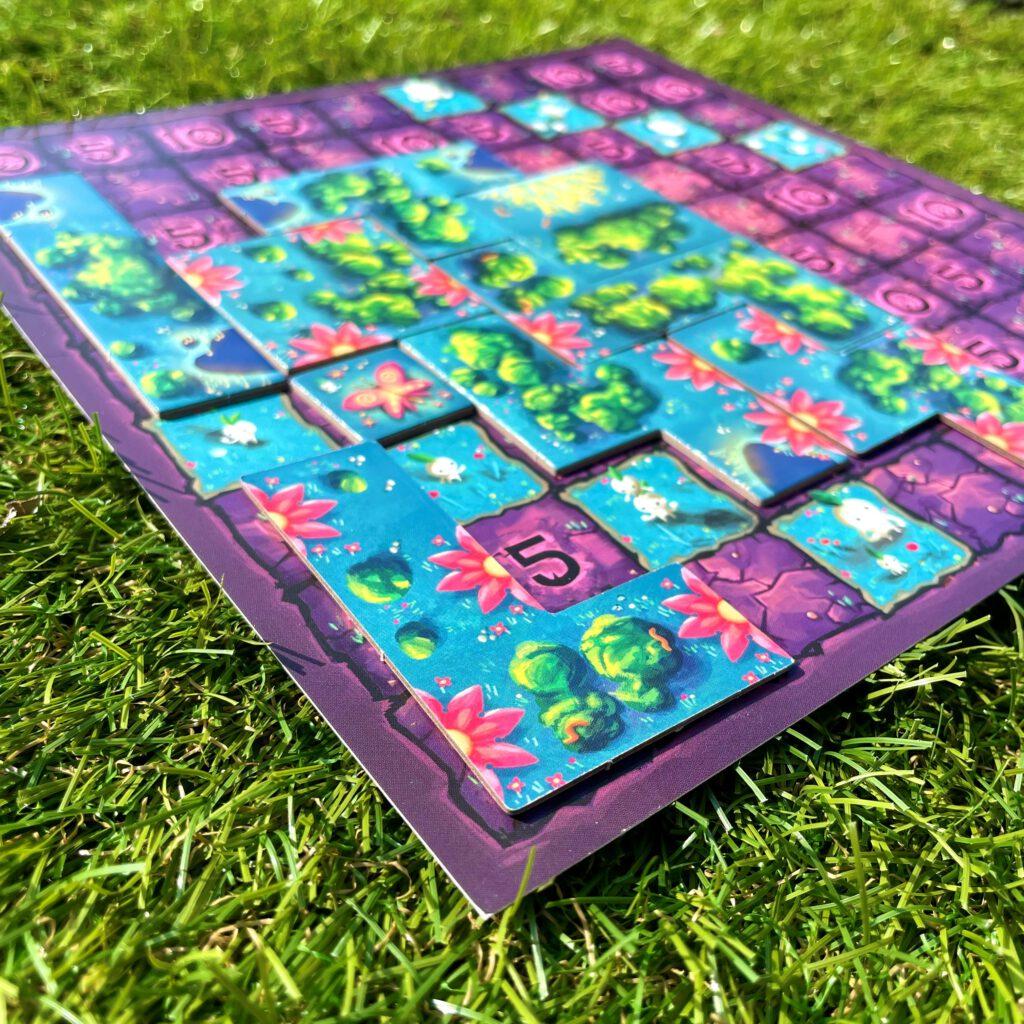 + Fast to learn and easy to play
+ Original and surprising mechanism

This game has been kindly gifted to us for review purposes by Indie Boards & Cards.