In Homebrewers, you take part in a competition to brew the best beer with the craziest ingredients available! 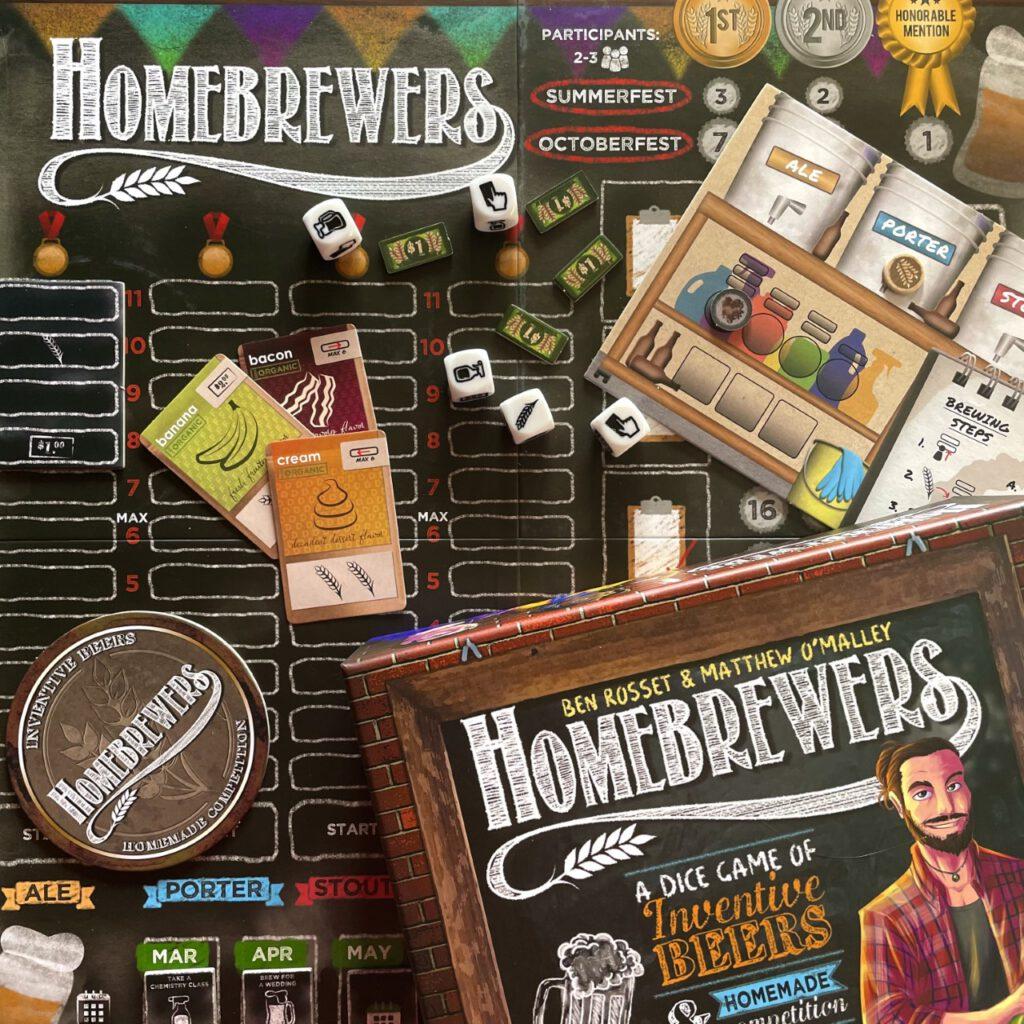 In Homebrewers you will take actions by rolling dice. With these actions you try to brew the best beers with the craziest ingredients!

You start each round by rolling 3 dice. These dice show an action you can take. You can for example take ingredients, put grain on your beer barrel, clean your beer barrel and of course brew beer. If you don't get the actions you want, you can trade with other players, provided they want to do the same. After choosing your actions, you may perform them. Everyone can do this at the same time. The game mainly revolves around the main action, brewing beer. To brew beer, you must have at least one grain in the barrel. There must also be at least one clean spot in the barrel. When you brew beer, the grain is turned into waste. The more waste you have, the fewer spots you can move forward on the scoring track. Once you have brewed beer, you can move your beer glass forward a number of spaces on the scoring track for the beer you just brewed. If you had ingredients near the beer barrel, you can also activate the action of the beer barrel. This can include receiving money or victory points.

After everyone has completed their actions, a new round begins. Each round is a month and you play 8 rounds from March to October. In the summer, the Summerfest takes place. This is an intermediate scoring in which players receive victory points depending on their position on the score track for each type of beer. At the end of the game, the Octoberfest takes place where you basically do the same thing. You also get points from the jury, these are certain goals that you can achieve during the game. The player with the most points eventually wins the game! 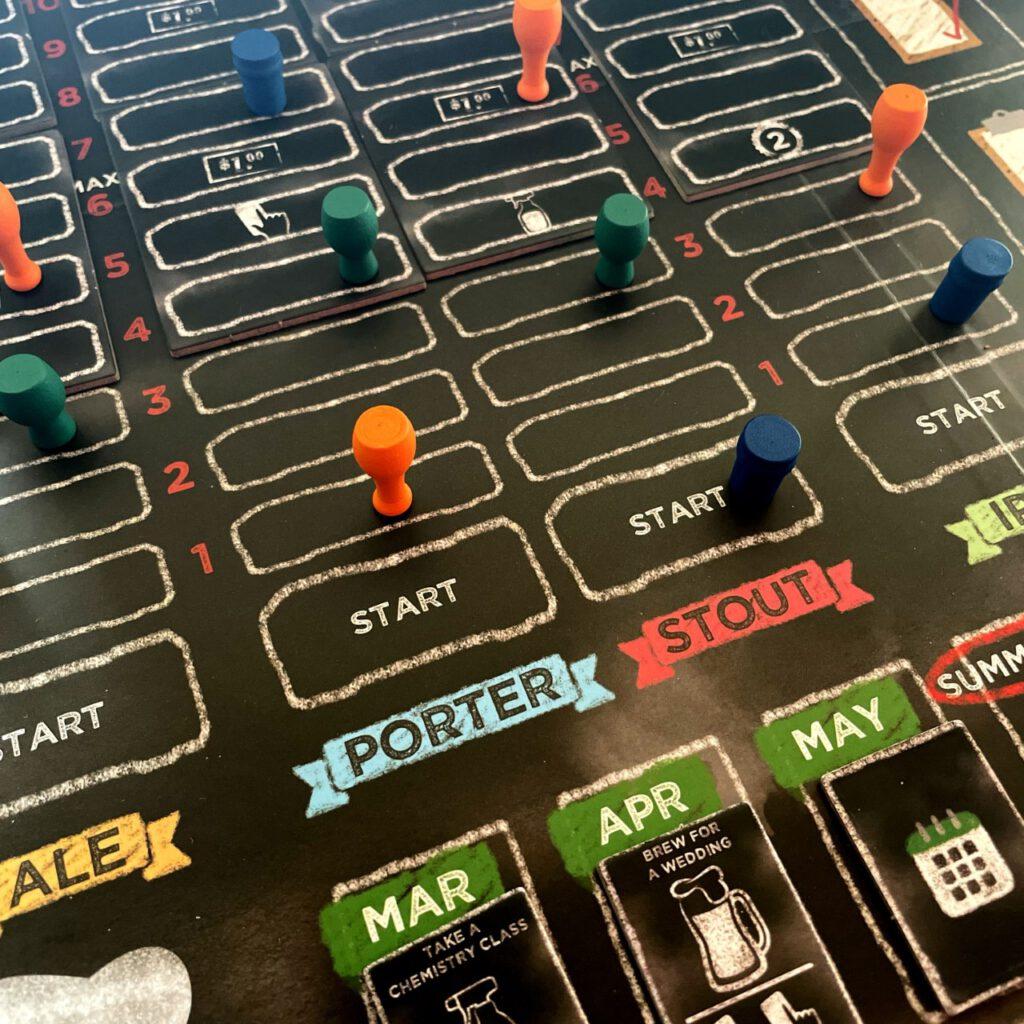 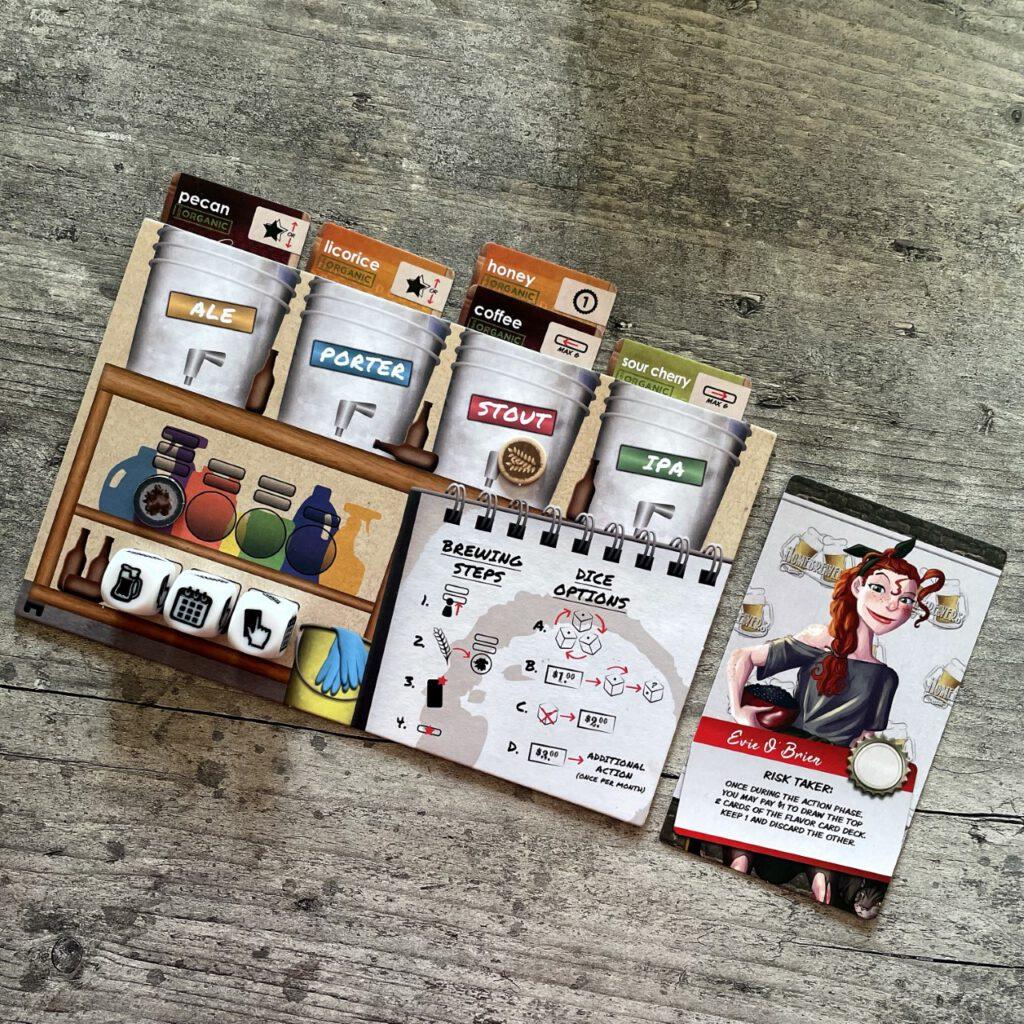 The Homebrewers theme has been carried through in a nice way. Not every detail is appropriate, but the theme returns regularly in the gameplay. The theme works as a nice reminder for remembering the actions and learning the rules of the game. Homebrewers is a fairly simple game that plays smoothly. The game is played in several rounds, but is actually over in no time. That is one of our drawbacks. Because you determine your actions with dice, you cannot always perform the action you would like. Also, you only have 3 actions per turn, which you can increase to 4 with enough money. Actions are therefore quite scarce and it is very difficult to do what you want during a game of Homebrewers. This of course makes for interesting choices and challenges, but at times it left us feeling a little frustrated. After all, it is also nice to be able to get satisfaction from your actions. We didn't always have that when playing Homebrewers.

The rules are simple, yet the game is more tactical and challenging than we expected. This is mainly because, as we explained above, your actions are scarce. In addition, you have to plan well in advance and use all your choices optimally to score points. The gameplay of Homebrewers is therefore certainly interesting. The game is over fairly quickly and therefore manages to hold everyone's attention. You don't have to expect a simple order completion game from Homebrewers, because it certainly is not!

We have played Homebrewers most often with 2 players. With two players, Charlie comes into the game, this is the NPC. Normally we are not such a fan of this. Charlie does give you a bit more choice in dice in Homebrewers, but apart from that he only bothers you. If Charlie has the most points at a count, the other players get less points. You may have played very strategically, but if Charlie is lucky enough to draw a certain card, you lose a lot of points. For us, a game quickly loses some of its charm when an NPC is involved. We therefore prefer to play Homebrewers with a few friends. Because there is also some interaction between players involved, it's fun anyway!

Homebrewers is a fun, themed game with interesting and challenging gameplay. The game already catches your attention with its fun theme. How fun is it to see all the ingredients you can put in your special beer? Bacon, banana, you name it! Fortunately, the game is more than just a fun theme. It's a great addition to your collection! Especially if you often play games with more than 2 players. 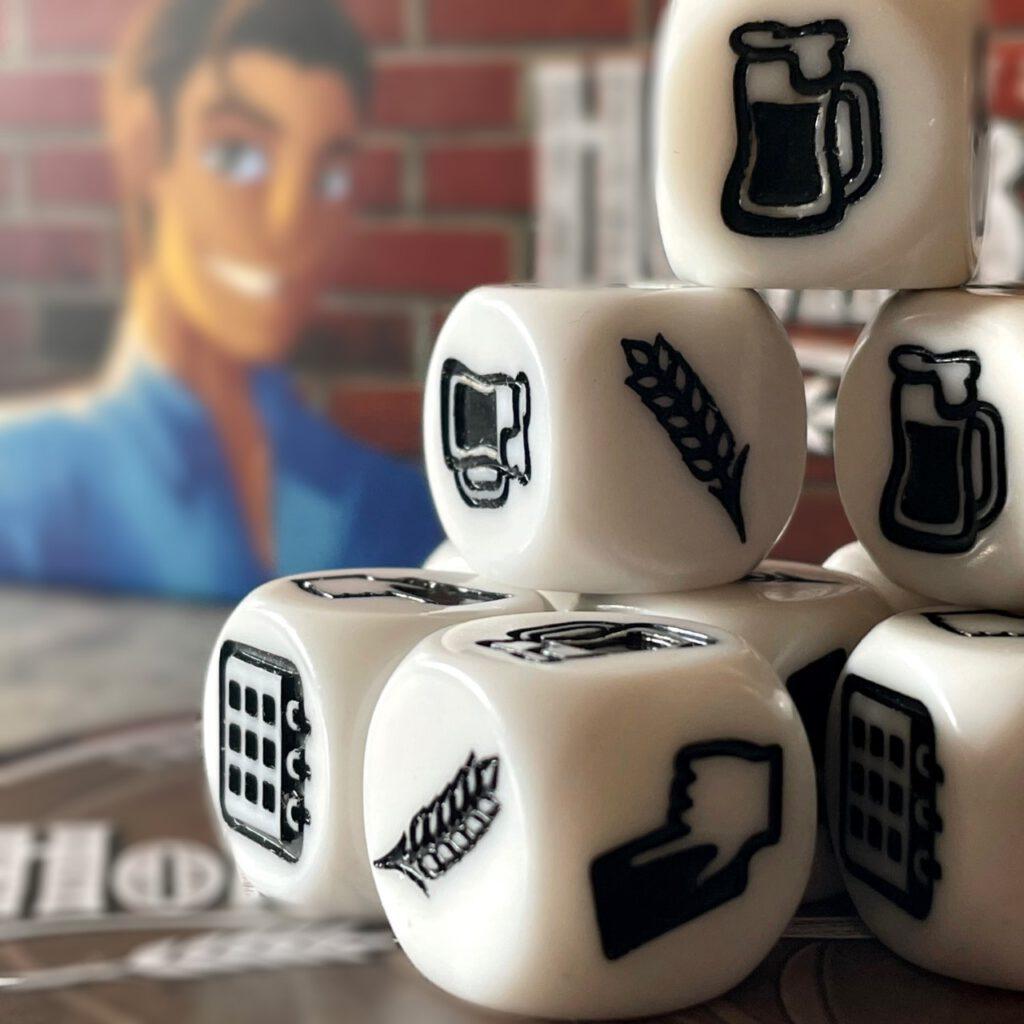 + Super fun theme
+ Theme is implemented well in the gameplay

This game has been kindly gifted to us for review purposes by Greater Than Games.