In Hidden Leaders, you take on the role of one of 6 secret leaders, each leader likes to see certain factions win!

In Hidden Leaders, you take on the role of one of six secret leaders. These leaders are each allies with 2 of the 4 factions and would like to see them win the fight. The other players don't know which factions you want to win!

By playing heroes on your tableau, you can influence the battle. The battle is symbolized by a green and red pawn. You can use cards to move the red pawn forward or backward, for example. Depending on where the red and green pawn are at the end of the game, a certain leader wins. For example, if red and green are both in the war zone, the black faction wins and thus the player who had the black faction as a secret objective. 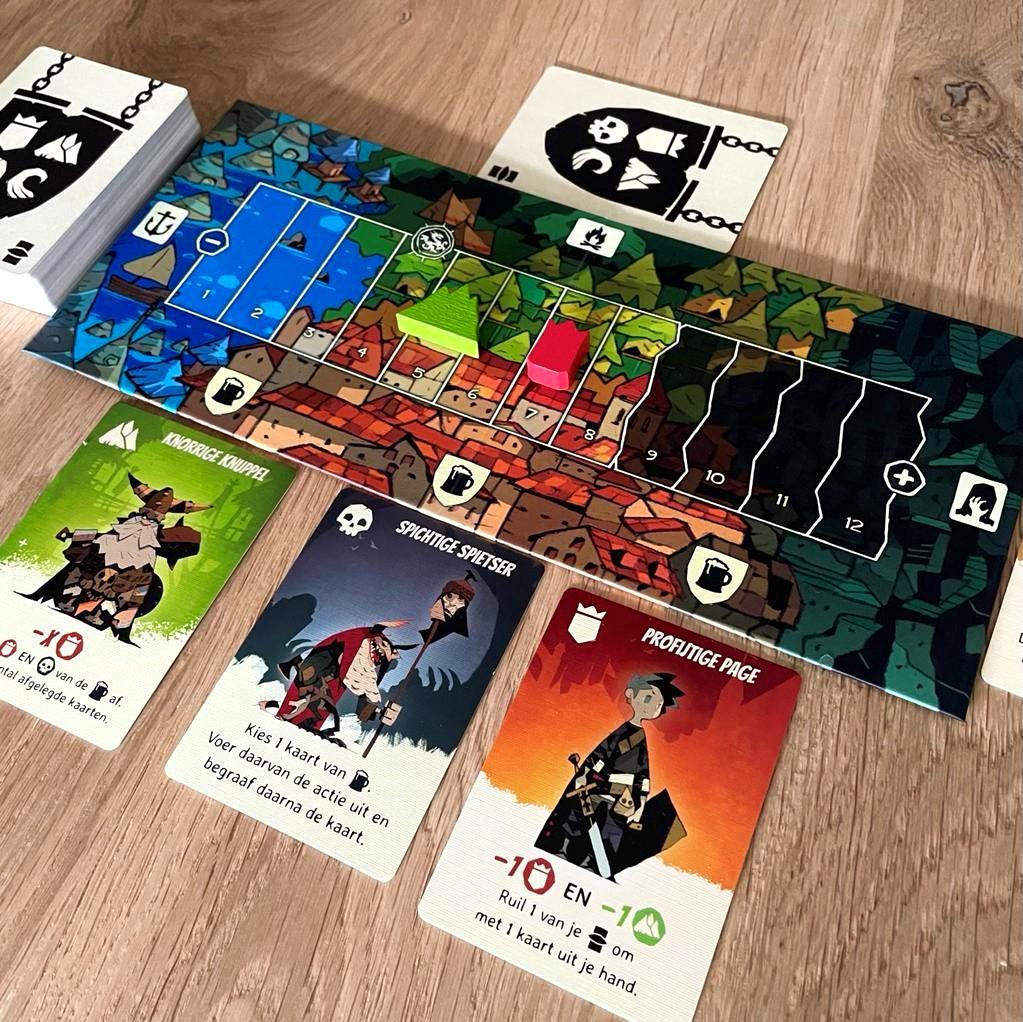 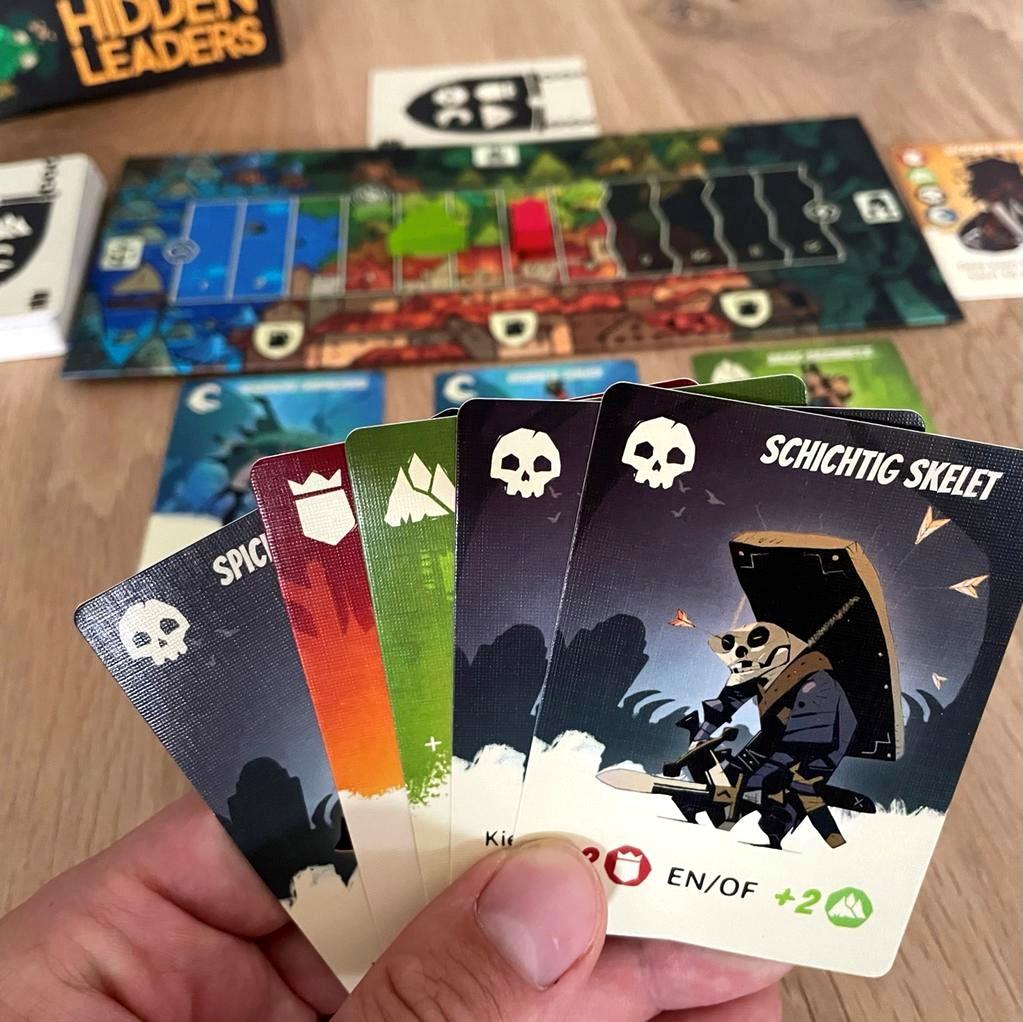 The game reminds us a bit of the 2-player game Jekyll vs Hyde. In fact, this game also has a track on which you move a pawn forward or backward during the game. Hidden Leaders is just not a battle game, but a card game that combines multiple game mechanics. A big plus, Hidden Leaders can be played with 2 players, but certainly with more! In fact, you play this game with 2 to 6 players. So, plenty of options!

We have played Hidden Leaders with different player numbers and can say that the game is definitely fun in all ways. With 2 players some things are less balanced, for example the undead can be quite overpowered. In a multiplayer game, we did not experience this as much. Although we liked Hidden Leaders with 2, we think we will play it more often with a group of friends. After all, the game is perfect for that. Quick to set up, easy to explain and smooth to play! But still surprisingly deep.

The depth in Hidden Leaders is in the choices you make as well as putting on your best poker face. You have to think tactically. How are you going to fool your opponents? For example, by first playing cards that are not at all good for your faction. You can play the game in different ways and that is what we think makes it so fun and challenging.

There is a lot hidden under the simplicity of Hidden Leaders. This keeps the game fun to play, there is a high replayability and the game has enough potential to come to the table often. In our opinion, a big tip if you want an extra game in your collection that you can put on the table easily and often, both for 2 players and a larger group. 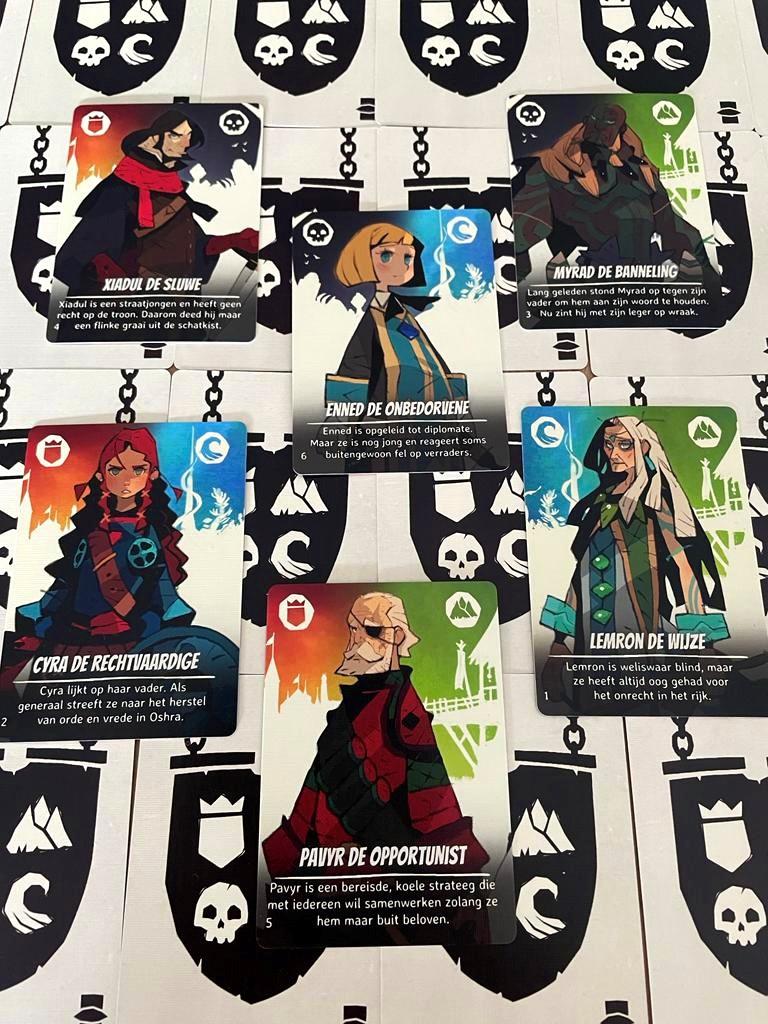 - Feels out of balance sometimes with 2 players

This game has been kindly gifted to us for review purposes by Gam’inBIZ.