In Galaxy Trucker, you build your own spaceship after which you fly through space and encounter all kinds of different events. 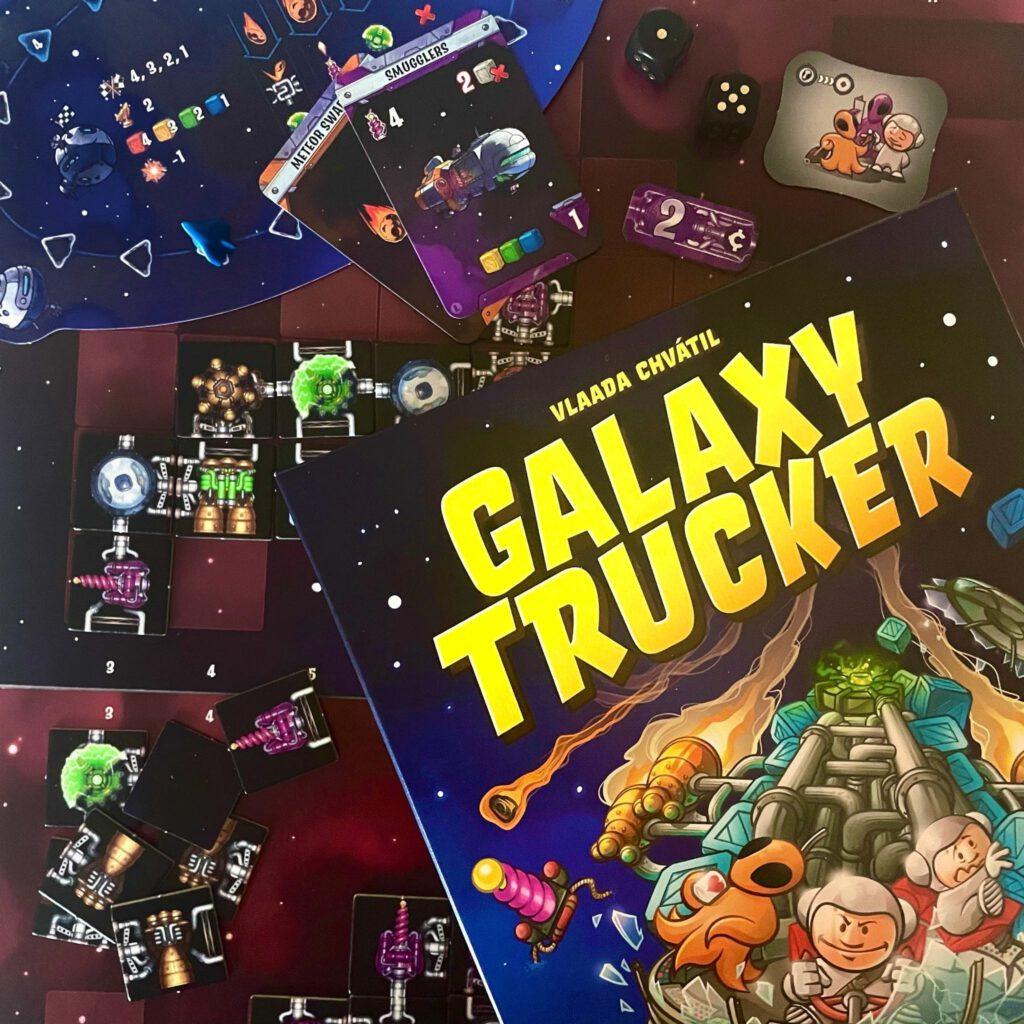 At the beginning of the game, each player receives a player board on which they can build a ship. The tiles with all the equipment on them are in the middle of the table, but you cannot see what is on them. When everyone is ready, you may pick up your components from this pile of tiles as quickly as possible and build your ship. There are, however, a number of rules to this. You can't let connectors get in the way and you also have to have the right connectors to connect components. You can pick up various components such as shields, batteries, cannons or engines. These tiles all contribute to the strength of your ship. The entire construction phase takes place in real time, which means there is a lot of time pressure behind it. When the first player is finished, the other players only have a short time left to finish their ship. It is therefore possible that your ship is not quite finished when you have to start flying it! At the end of this phase, everyone's ship is checked for errors and then you proceed to the flying phase!

In the flight phase, cards with events are constantly being turned over. Depending on the card and how you have built your ship, the outcome is always different. For example, if you encounter pirates, the first ship that does not have enough cannons is attacked. You then roll the dice and get damage to your ship, unless you can use shields! Sometimes an event also allows you to visit planets and buy resources, provided you have enough storage space. Every event is very different and you need different components on your ship. You never know beforehand what you will need! When all the events have been flipped, the player with the most points wins! 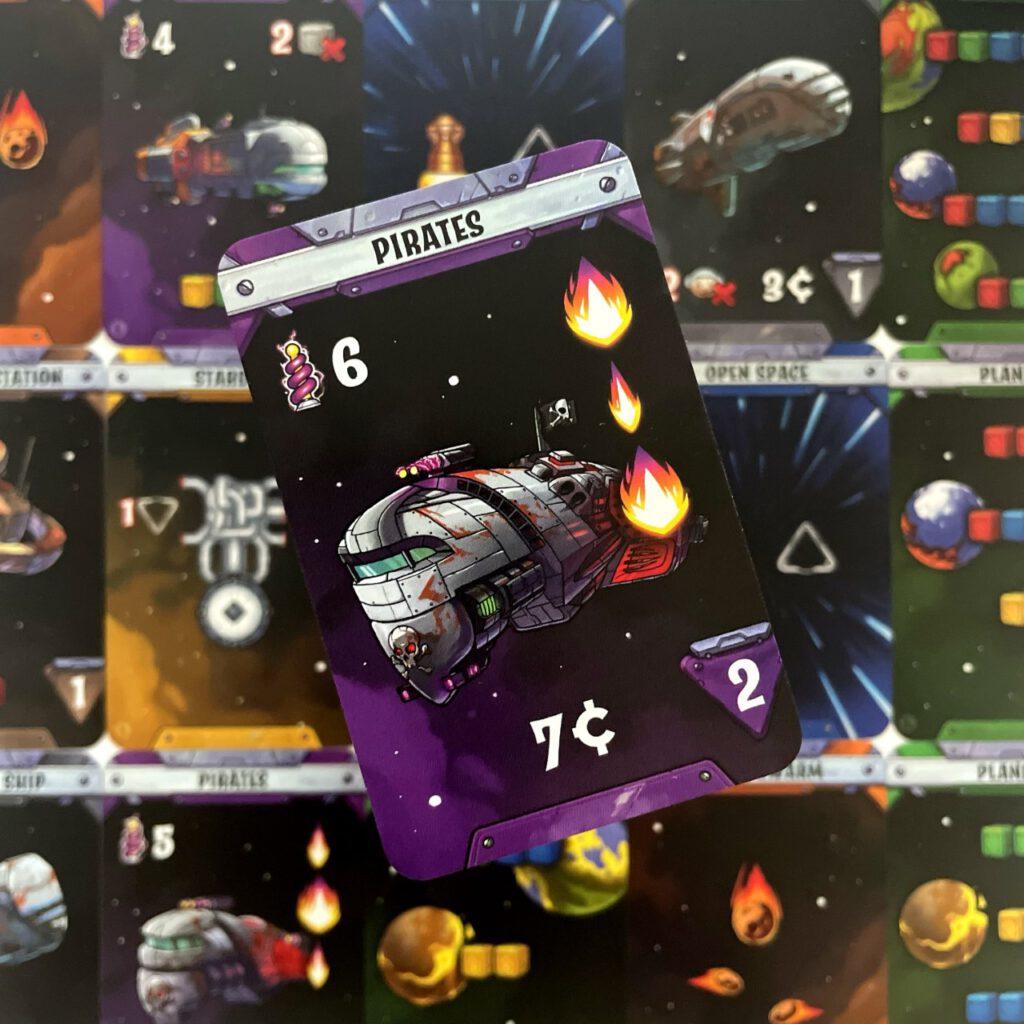 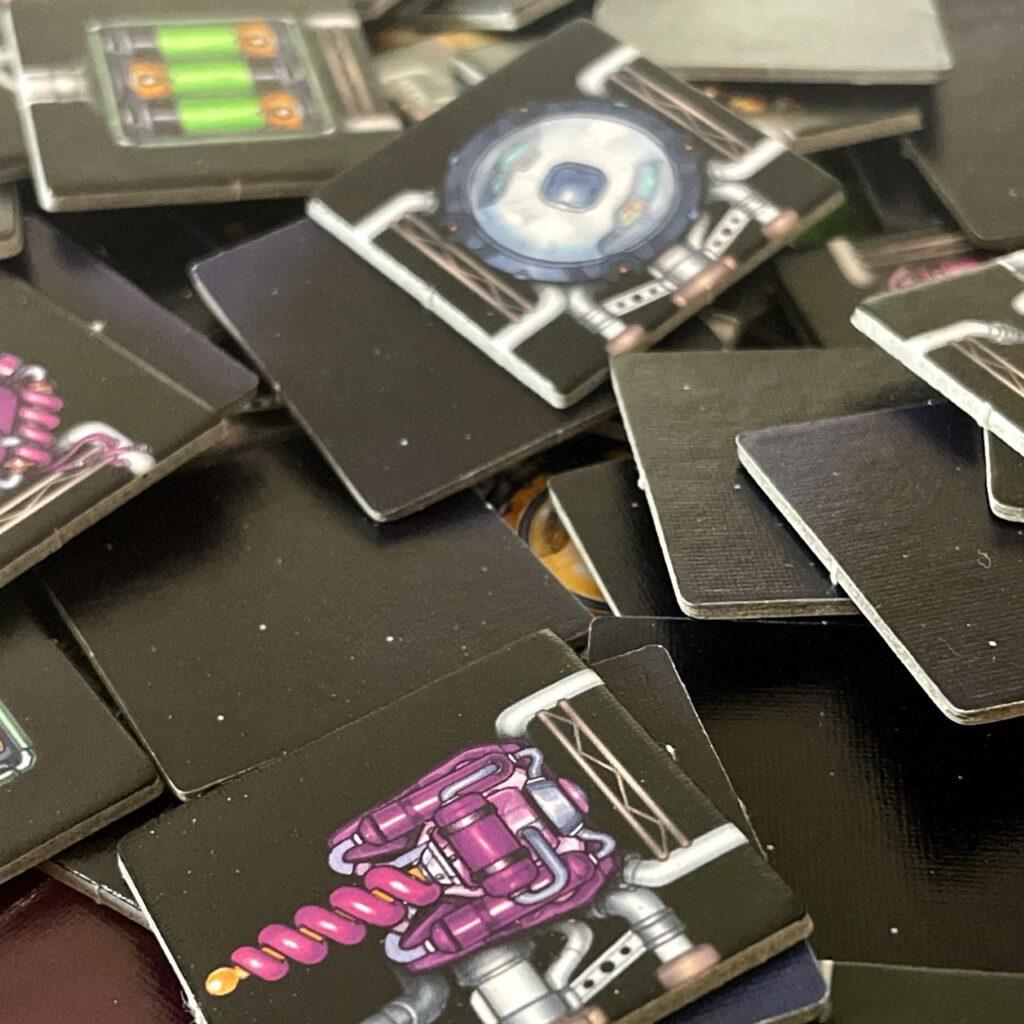 Galaxy Trucker is not a serious game, but it does not try to be. You can see this as soon as you start reading the rule book. This rulebook is full of jokes. Therefore, it is also the funniest rulebook that we have read in ages. And that is a good thing, because it is quite a thick book. Fortunately, there is now something to laugh about while reading it!

As far as we are concerned, Galaxy Trucker is really the most fun when you see it as a party game. This is the reason why we mention it so explicitly. Because you play the 1st phase of the game in real time and time is short, you have little time to think tactically. There is no point in spending seconds pondering over which tile to take, because your opponents will probably continue to build. The player who seriously tries to make the best choices will probably be disappointed. The nice thing about this 1st phase is the frenzy at the table. This real-time mechanism is not often seen in board games. As far as we are concerned, it is very refreshing and, when played correctly, also a lot of fun!

The 2nd phase of Galaxy Trucker is a little less hectic, but not necessarily serious. During this phase, your ship can be severely damaged. Unfortunately, there is often little you can do about it, partly due to a bad roll of the dice. When you have built your ship with utmost concentration, this can be very frustrating. Therefore, Galaxy Trucker is a game that you should play with the right people. Think of it as a funny party game and you will have a great time with your friends.

For this reason, we think Galaxy Trucker is best played with more than one player. Galaxy Trucker can be played with 2 players and it is certainly entertaining, but this game is most fun when you play it with family or friends. Put Galaxy Trucker on the table and you have a fast, super funny game to play. As there are few games that play in the same way as Galaxy Trucker, you will have to do your best to explain the rules. The rules are a bit more than you would expect. But the game is not difficult at all and you could even play it (with the right explanation) with children.

Because Galaxy Trucker is so hectic, every game is different. You can never predict what is going to happen. You also have the option to play with larger spaceships and an extra game mode in which you play all three spaceships. So there is a lot of replayability hidden in this game! Galaxy Trucker will not get boring any time soon.

We think Galaxy Trucker is a fun, fast and funny game for in-between play. This is not a game we would play over and over again, but that is not necessary. Among all the games in our collection, Galaxy Trucker is an original and refreshing game. Get Galaxy Trucker to the table at the right time, and you are guaranteed to have a great time.

Use the code 'SPELLENPLANK' for a 10% discount on your order!

This game has been kindly gifted to us for review purposes by Czech Games Edition.