Drawn to Adventure is a roll&write adventure game where you and up to 3 other adventurers go on an epic journey through the five realms! 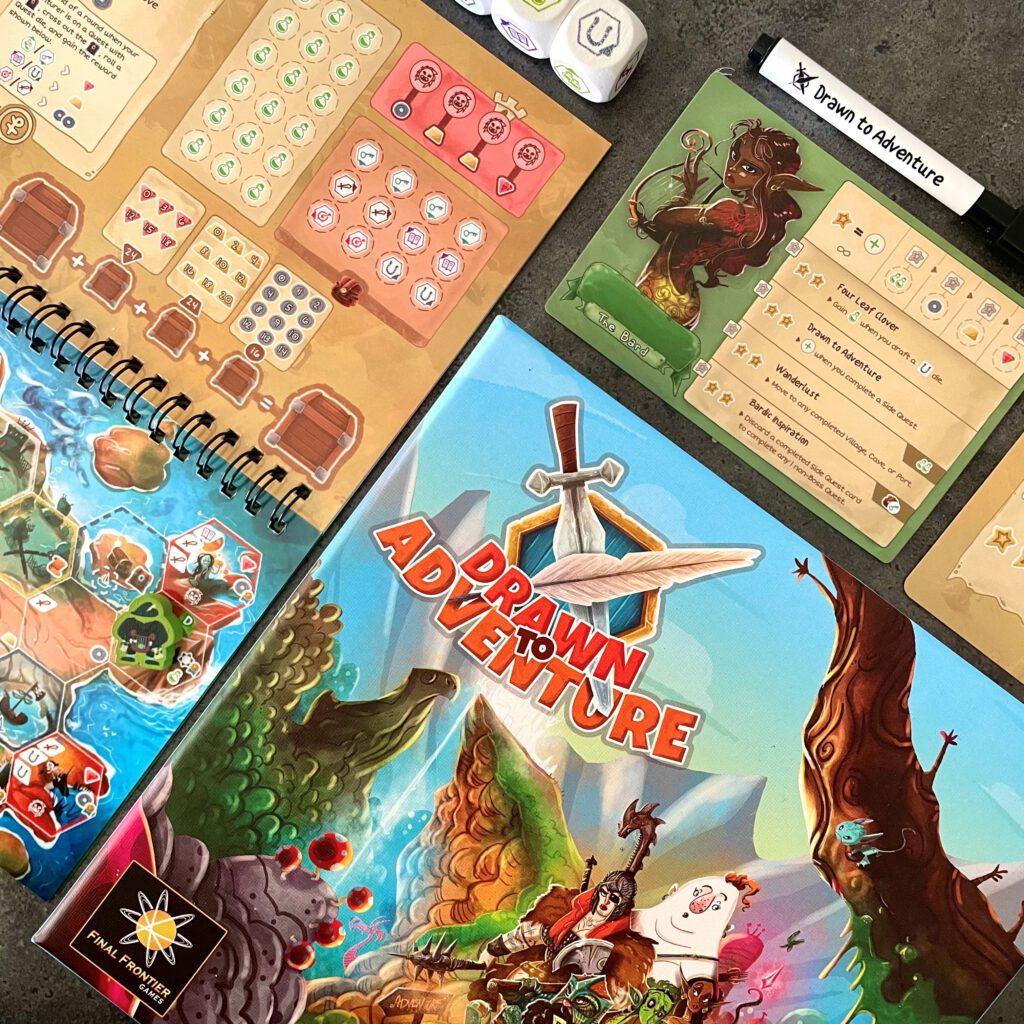 In the roll&write adventure game, Drawn to Adventure, you and up to 3 other adventurers will embark on a journey through the 5 realms. During this journey you will use your powers and skills to defeat monsters and complete quests.

A campaign of Drawn to Adventure plays out over 3 maps that are included in each player's own dry erase flip-book. Each player starts in the same place but after that you are free to choose what to do. At the beginning of each round, the starting player rolls the dice after which each player may choose a dice in turn order until they have 2. These dice give you certain actions in the game. You can move, get mana or complete quests. Mana gives you extra powers in the game and quests are completed by using the required symbols on your chosen dice. You may only move on the spaces of which you have completed the quest.

When a player completes 3 'boss' quests you finish the round and calculate all the points you have earned. You take mana over to the next map and after 3 maps the campaign is over. The player who has the highest total score wins the game! 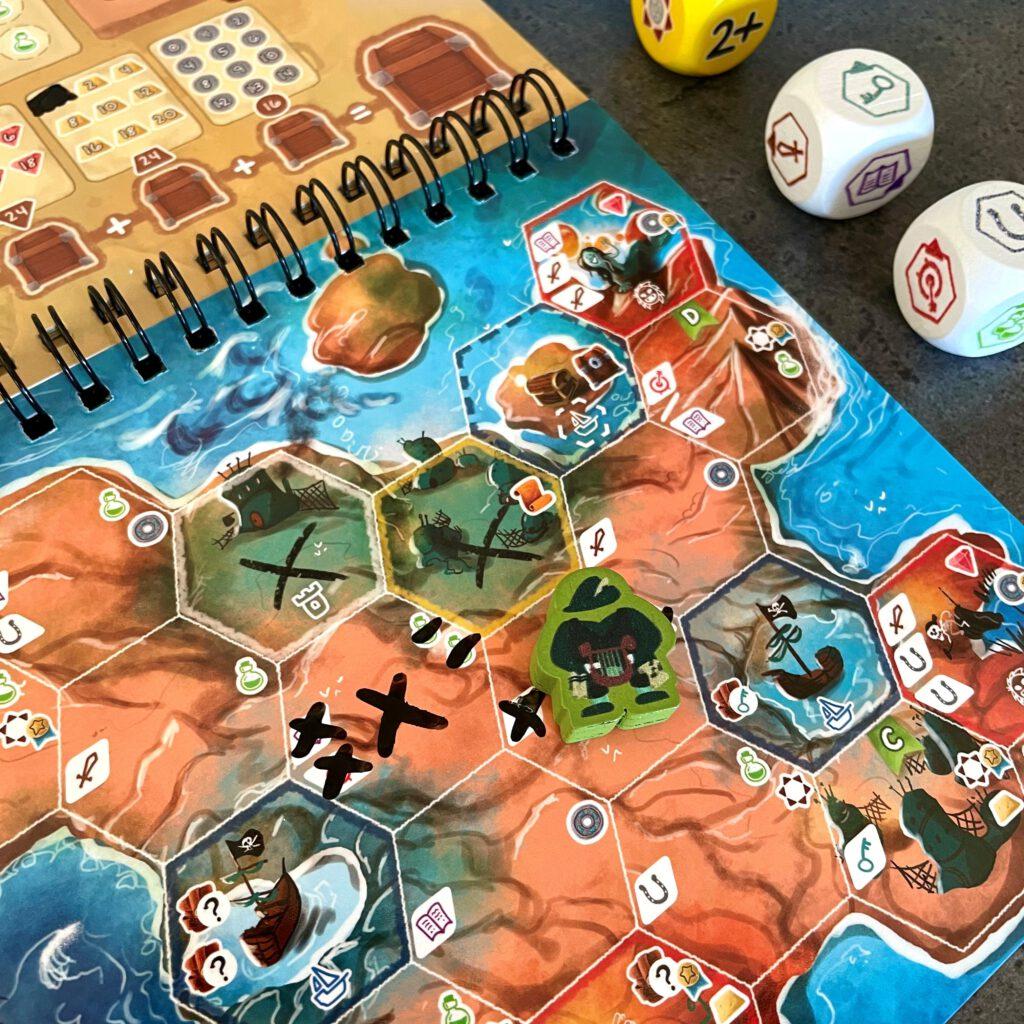 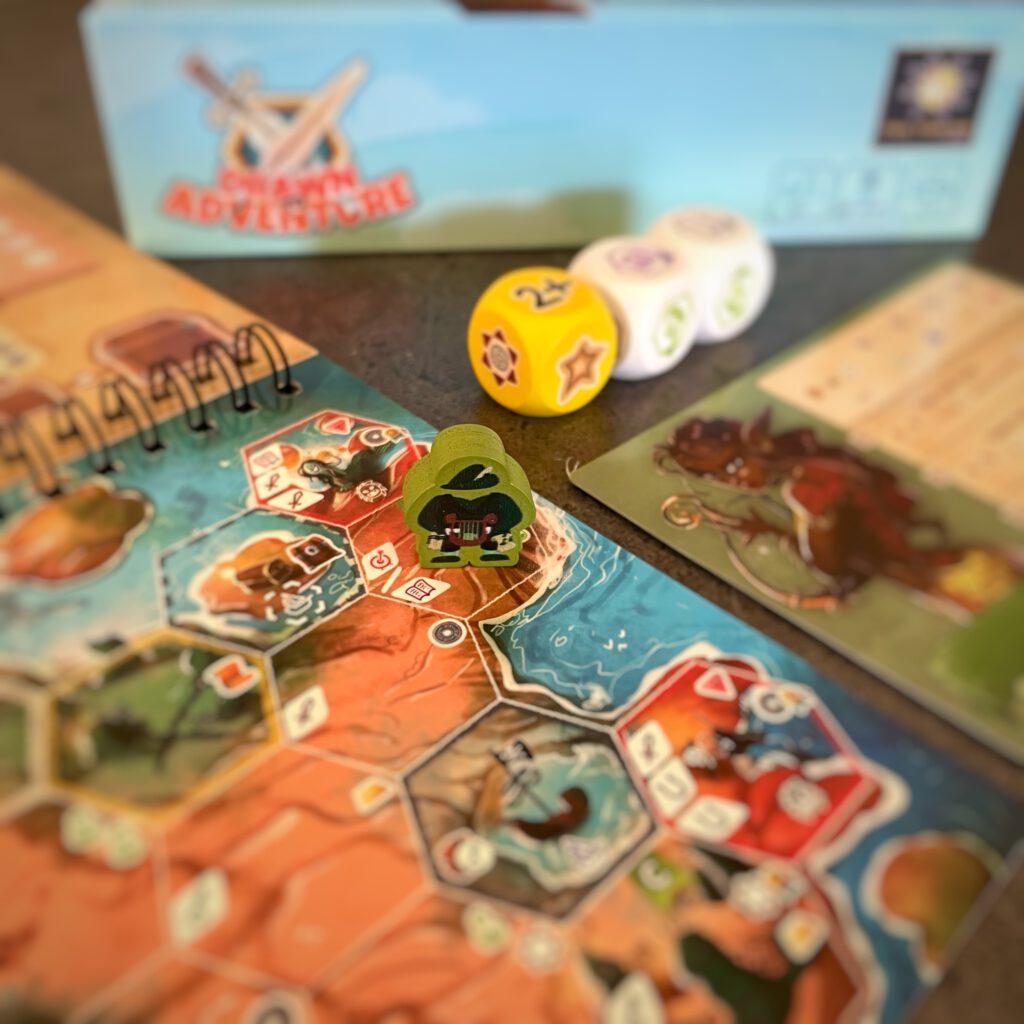 The art style of Drawn to Adventure is something that really appeals to us. It is recognizable from Merchants Cove, among others. These games are distinguished by their vibrant colors and "quirky" characters.

Drawn to Adventure seems to us to be the most fun with 2 people. There is no real interaction in the game. Without realizing it from each other, we did the same things during the first turns of the first game, so we ended up at the same places. This happened because we were really only concerned with our own map. The dice add a little bit of interaction. There are also quests that you get extra points for if you are the first to complete it, but this is not so important that you really go for it.

We haven't really noticed a story during our campaign. That's a bit lacking in the game. There are some narrative elements on the side quest cards, but that's it. You really make the story yourself in Drawn to Adventure. We would have liked it more if it had a little more story, but that doesn't detract from the fun gameplay.

For a roll&write, Drawn to Adventure is very long. You play 3 games each time on 3 different maps. These maps together are on the long side. Personally, we always split these games up by taking a picture of the map and continuing next time. So you don't have to play all the maps at once.

If you like roll&write games and campaign games where you play through an adventure together or alone this is definitely a game for you. You shouldn't expect to play through a story like some campaign games, but that does make this game play nice and relaxed. You make the story yourself! 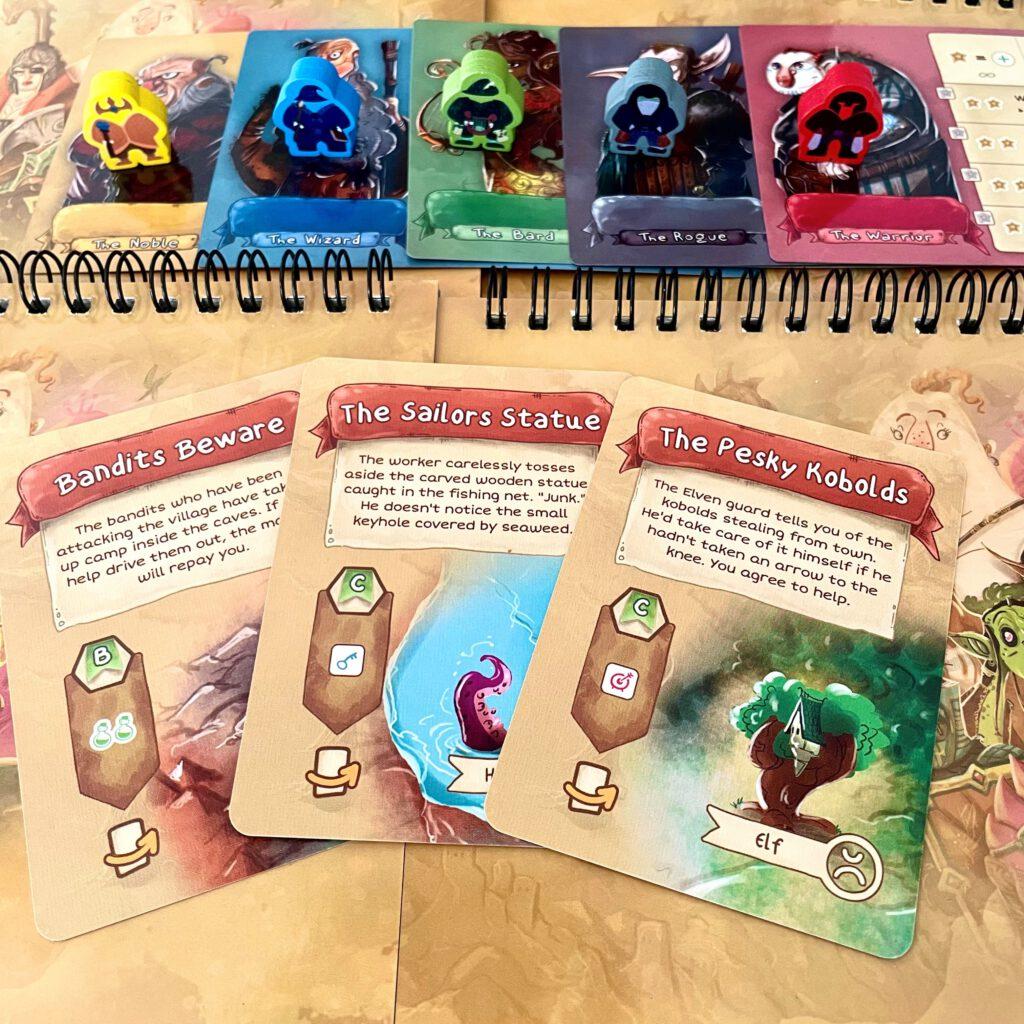 - 3 maps take long for a roll&write
- No clear story

This game has been kindly gifted to us for preview purposes by Final Frontier.