In the fast-paced dice game, Cuphead, you take on various bosses together by getting the right dice within the time limit. 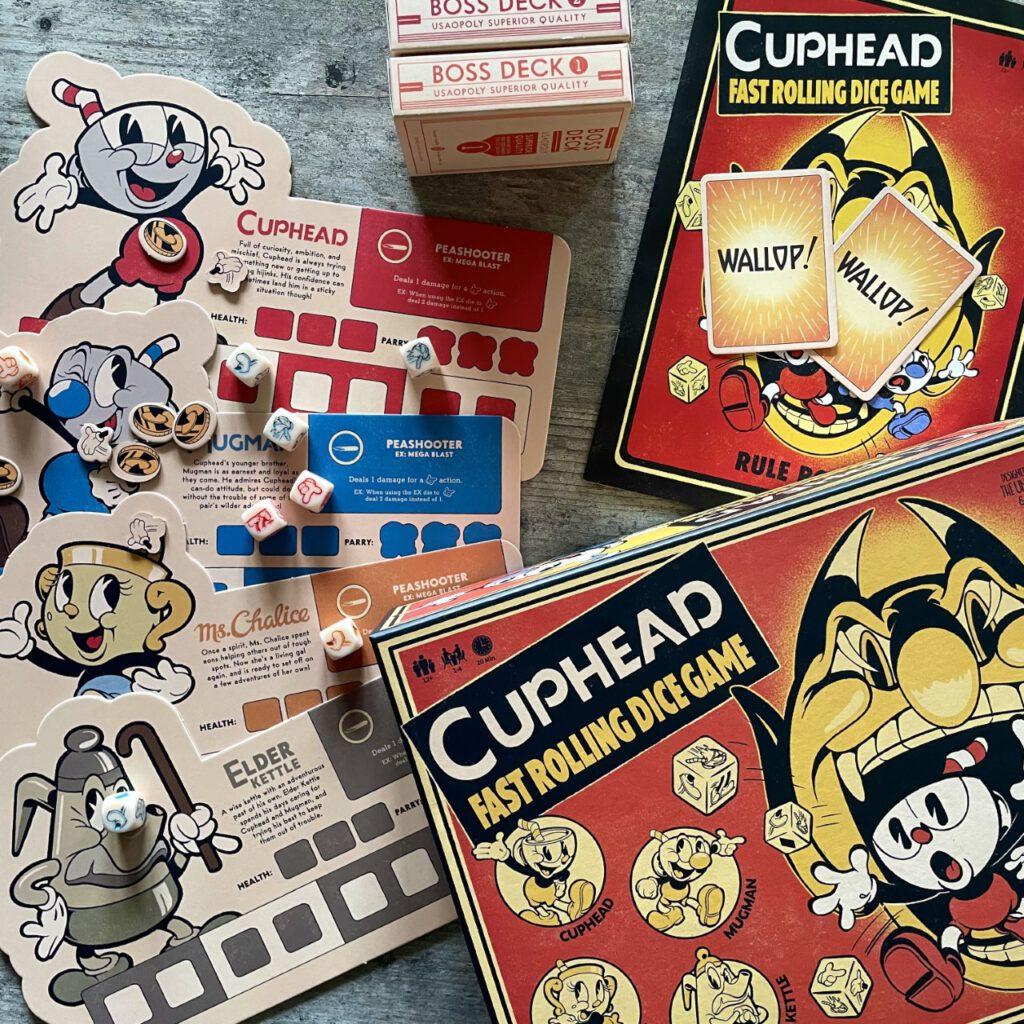 Cuphead is a fast-paced dice game in which you try to defeat bosses together.

Everyone chooses their own character at the beginning. The only difference is your special power. You also choose a boss. You can choose from 8 bosses, but the best is of course to go through them starting from the first. Each boss consists of a number of phases. A phase consists of a stack of attack cards. Each round, you place 3 of these cards face-up on the board. On these cards are symbols that you must roll in order to dodge the attack. The challenging part is that you only have a certain number of seconds to get the right dice. Depending on the level of difficulty, you have 10, 15 or 20 seconds. You can also only place the dice from left to right on your board. It can therefore sometimes be better to skip an attack if the correct dice are not rolled. If you need only one symbol, you can also place an attack die. This will do 1 damage to the final boss when resolving the attack. At the end of the round you resolve all attacks from left to right. If you don't have the right symbols for an attack you lose 1 HP. If you ever run out of HP, another player can bring you back by discarding a 'parry' token. You can get these by dodging certain attacks.

If you bring the boss to 0 life, you proceed to the next phase. You do not get your lives back, but you do keep your special cards and parry tokens. If you defeat all phases, you win the battle with that boss and get money to buy new special cards. These make you stronger in the following rounds! 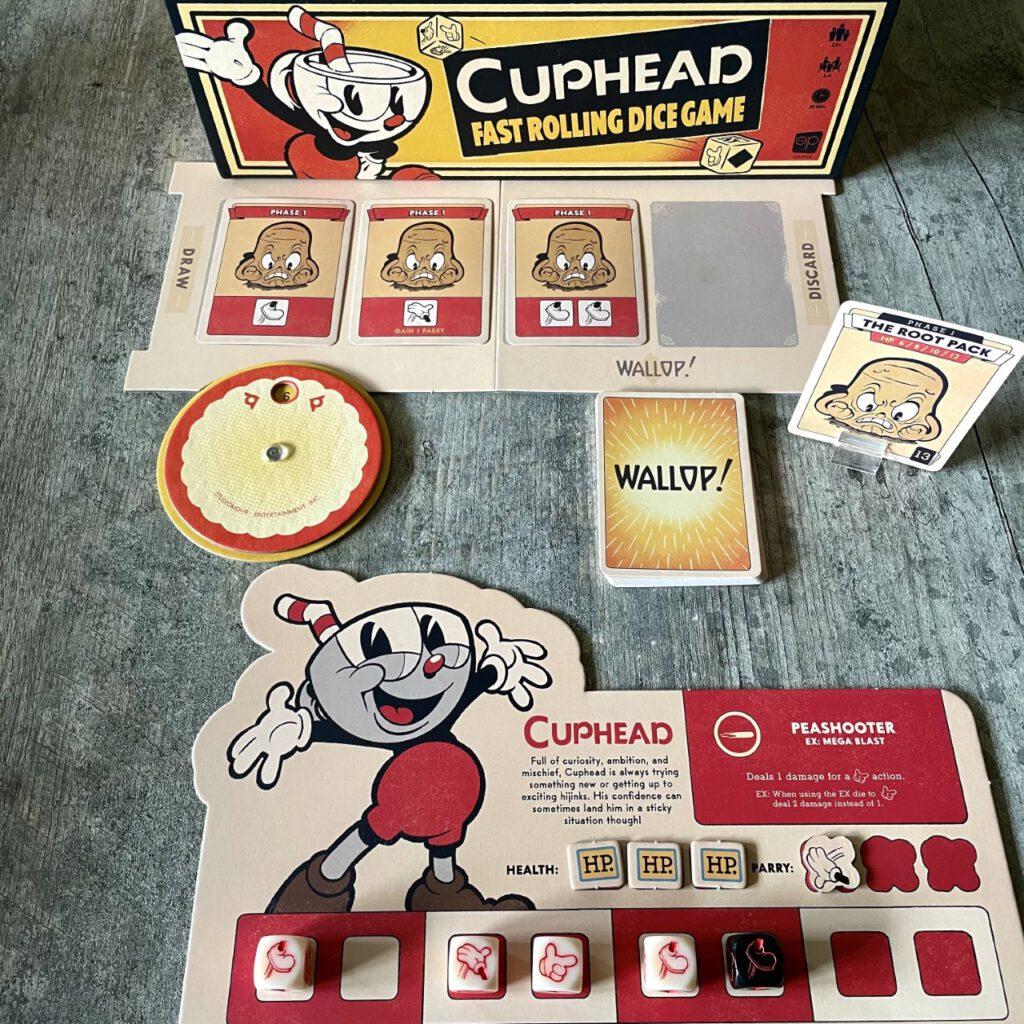 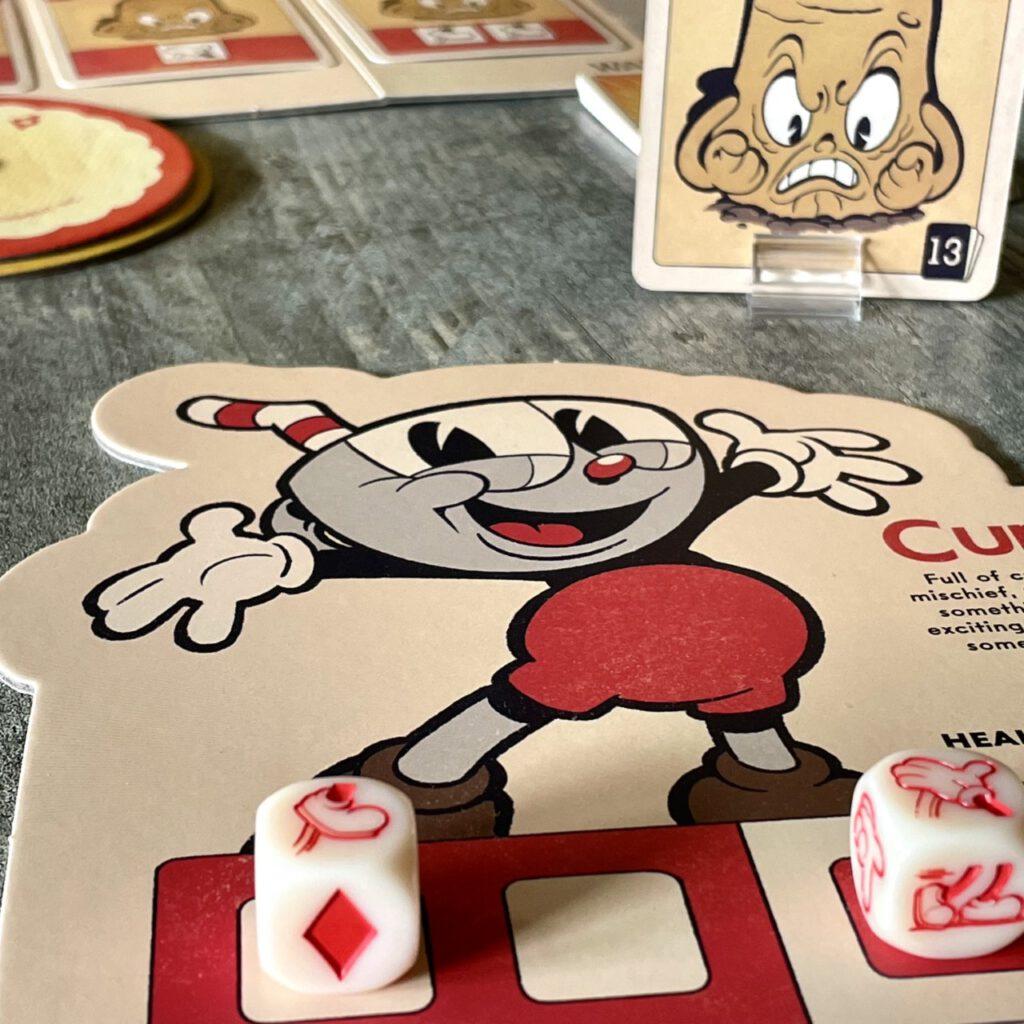 Cuphead is a surprising game in more ways than one! When you open the box, you see no less than 8 different boss decks, all packed in their own box. Do you look further? Then you'll also see secret envelopes! Enough to pique our interest. Another surprise of Cuphead is how chaotic this game is! During Cuphead, the dice literally fly around your ears!

If you already know Cuphead from the video game, you will see that the theme in this game is perfectly carried through. The art style is exactly the same and the gameplay is also perfectly in line with it. This game really simulates the hectic side scrolling that you are used to from the game. The bosses are recognizable from the game and you can even buy upgrades!

Cuphead is a super fast, fun dice game. Like most dice games, Cuphead relies heavily on luck. Because Cuphead also involves a time limit, it sometimes feels impossible to influence the outcome yourself. In our opinion, it is therefore a game that you play to have fun. You should certainly not be too fanatical, because then Cuphead can cause frustration. Besides a lot of laughter, playing Cuphead secretly also caused us stress. It sometimes goes so fast that you have no idea what you are doing. When that happens, it's not always funny. We would have appreciated a little more balance between luck, time pressure and tactics.

The idea of Cuphead is brilliant. The different bosses that you have to defeat in campaign style make for an interesting game with a lot of replayability. This is not something we would immediately expect from a funny game like Cuphead. We certainly like this. In this way, also people who are not into narrative, longer games can get acquainted with a campaign game.

Personally, we are not the biggest fans of real time games. Cuphead is not a bit real time, this game is extremely real time. In fact, everything in the game revolves around the time limit. For some people, this can quickly become frustrating. Our opinions on this were a little divided. Where one of us could appreciate the hilarious real time part, the other found it only frustrating. The game is also very random and contains a large portion of luck. We can imagine that the game is very nice with a group of friends or with younger children, but with just the two of us, we won't be playing Cuphead a lot. 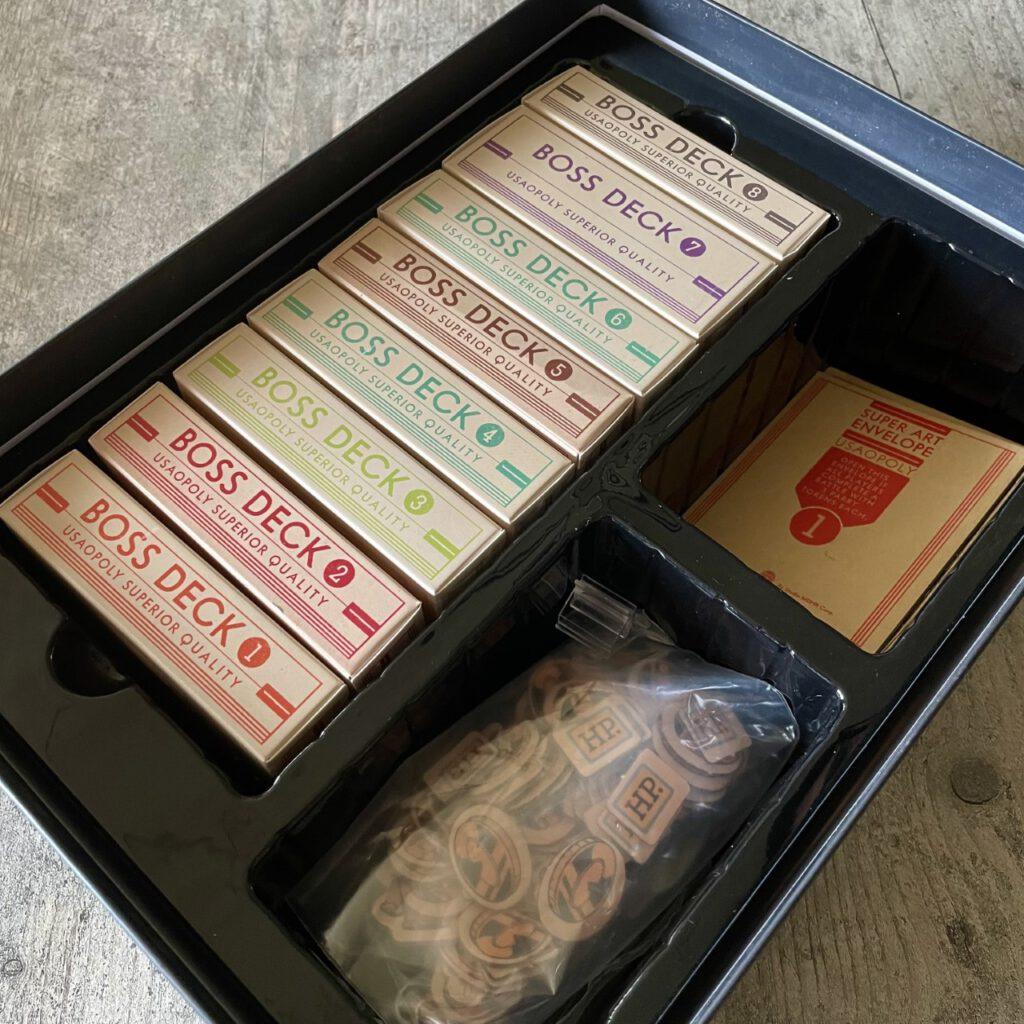 This game has been kindly gifted to us for review purposes by The OP.