In Between Two Castles of Mad King Ludwig you'll build castles in the most efficient way possible while cooperating with your neighbours! 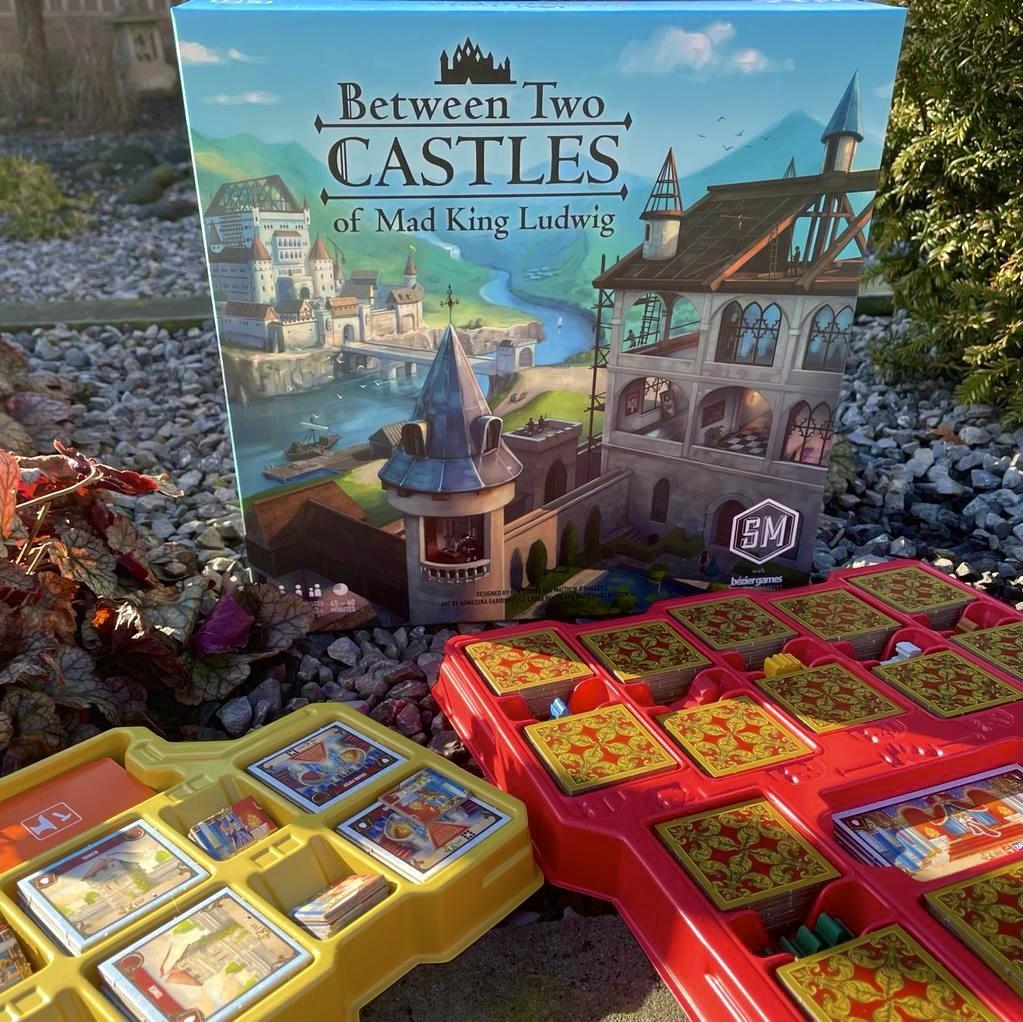 Between Two Castles of Mad King Ludwig is a tile-placement game that you play semi-cooperative. You are going to build 2 castles between you and your neighbours. So you play against and together with your neighbours!

In Between Two Castles, you don't have your own castle. You play together with your neighbours to build the castles that lie between you. Each castle starts with a throne room where you can build new rooms on. The game takes place in 2 rounds. At the beginning of a round, you take a pile of tiles. These tiles have rooms on them with which you can score points in a certain way. In a turn, you can look through your pile of tiles and choose two of them. You place one tile in the castle to your left and one to the right. You can discuss this with your two neighbours. After placing the tiles, you pass them on to your left or right neighbour.

There are a few rules when laying tiles. You can only place rooms in certain places. You also have to take into account that rooms score points in different ways. For example, for some tiles you'll get more points for the number of bedrooms in your castle. In this way, you try to score the most points. The trick is to make sure that your neighbour doesn't get more points than you and run off with the profit.

After 2 rounds the game is over and you add up all the points of the castles. Everyone can do 1 castle. You end up with the points for the castle with the least points next to you. It is therefore possible that you have worked extremely hard on a castle but do not even get the points for it! 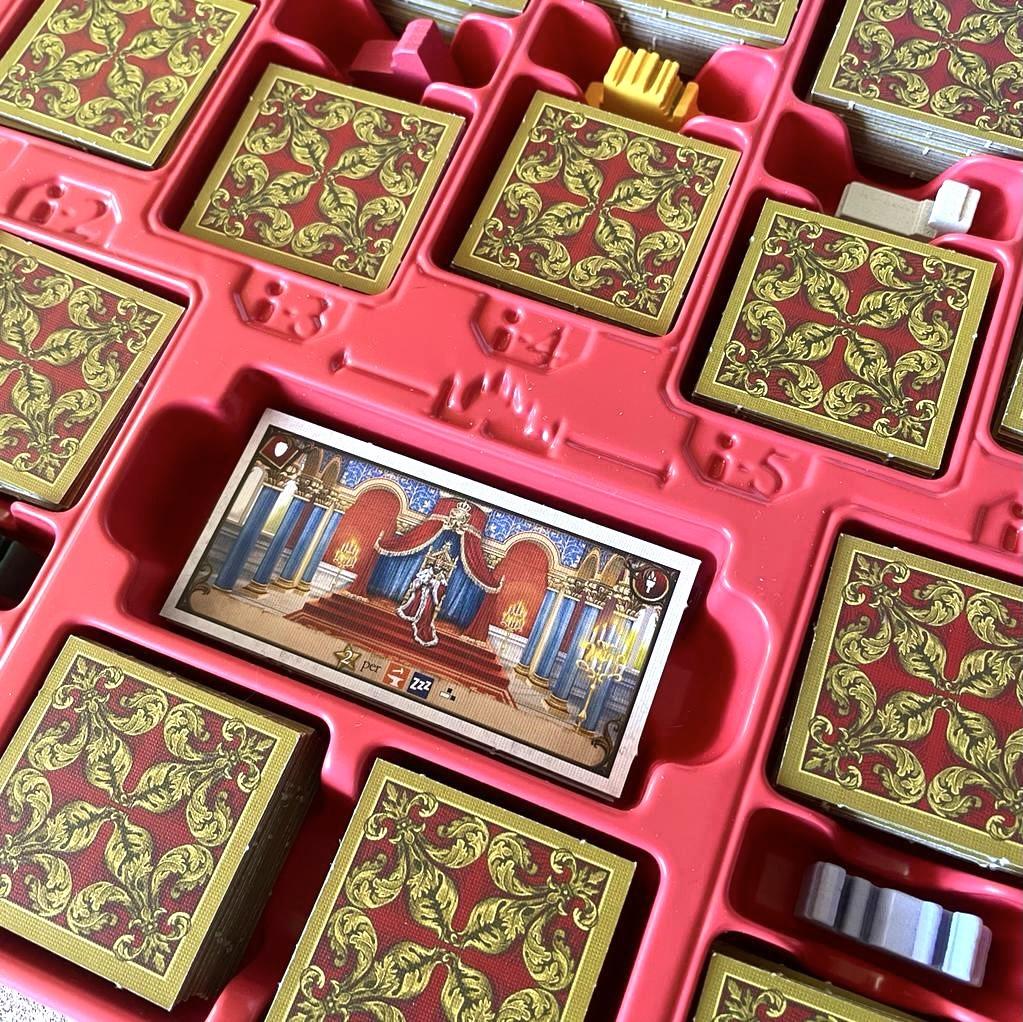 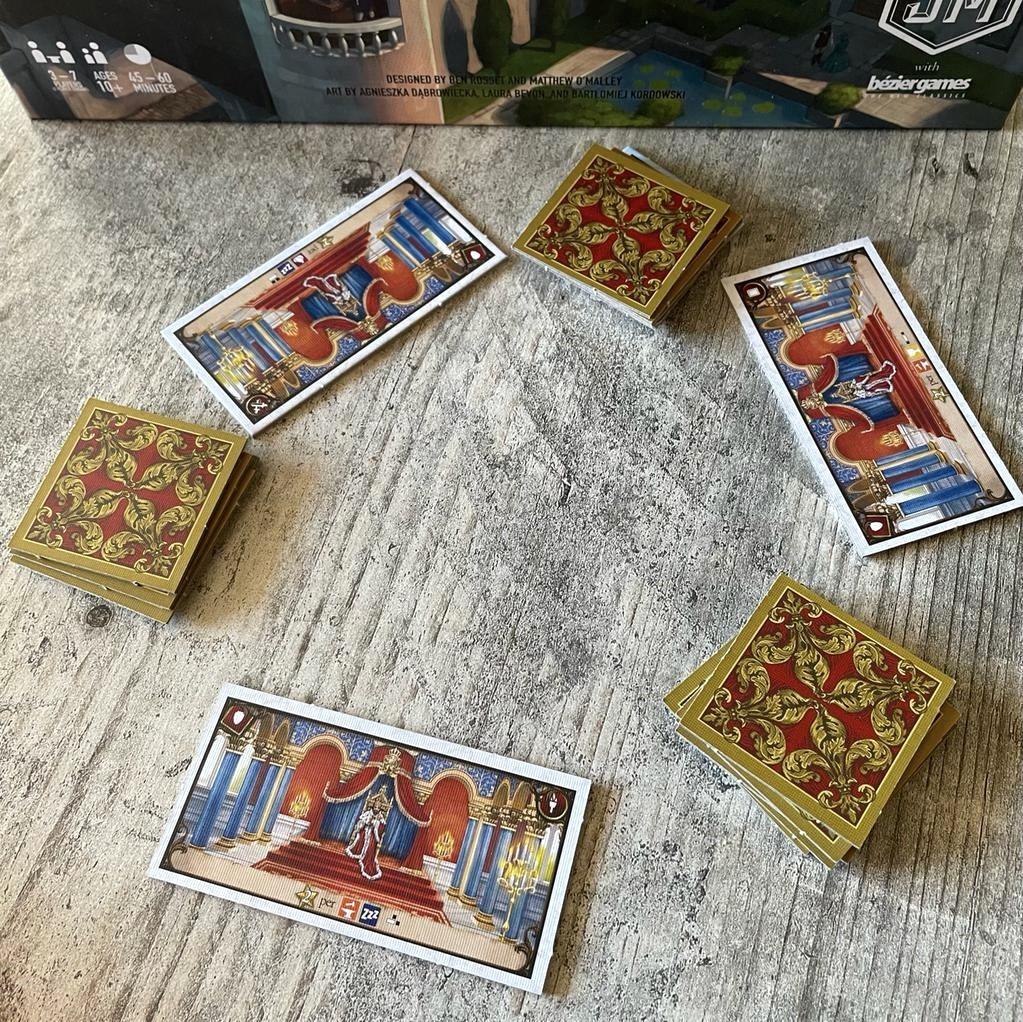 Between Two Castles of Mad King Ludwig is a game we have been curious about for a long time. After playing Kodama Forest, which uses the same semi-cooperative mechanism, our interest was immediately piqued. It is a mechanism that is not often seen in board games, but we really liked it. Besides that, Between Two Castles looks incredibly beautiful and is from one of our favourite publishers, Stonemaier Games. Win, win right?

Between Two Castles is actually a game for 3 or more players. This is the reason why it took a while before we actually added the game to our collection. Fortunately, the game has a 2-player variant, which allows us to play the game with 2 players. It is nice that Between Two Castles contains the 2 player variant, but we would definitely not recommend buying this game for the 2 player version. This game is really best played with 3 or more players. With 2 players you play together for the 3rd castle, namely Ludwig's castle. For us, this meant that we were busy with so many things at the same time, that we actually forgot to discuss about our own castle. This bothered us, as we like the semi-cooperative element of the game the best. Another disadvantage of the 2-player game is the calculation of the score afterwards. Calculating the score is quite a task, in a two player game you also have to calculate the score for an additional castle. All this together makes that the 2-player variant of Between Two Castles, disappointed us a bit. It felt more like 'work' than a relaxing game.

(Tip: There is a very handy app available in the appstore 'Castle Appraiser' that calculates the score for you based on a photo. Highly recommended).

The game is really fun, when you are sitting around the table with 3 or more players! Then you play Between Two Castles as it is intended. You play together, but also not together. Although the rules of the game are fairly simple, it still requires some thinking. You have to find the right balance between helping and hindering. In our case, it took us quite a few games before we realised what the right choices were. This makes for a very interesting gameplay that keeps on getting interesting time after time.

As far as the rules are concerned, Between Two Castles is in itself a fairly simple game. However, when learning the game, you need to have some patience. Because you can score in many different ways, there are many small rules. Fortunately, thanks to the icons and the nice reference card, you can start playing quickly. The icons are a bit small, but you get used to them quickly. The first time you play, you might get some things mixed up, but after that it all becomes clear. The first time, everything seems a bit more difficult than it actually is.

Between Two Castles is a very accessible game to play with less experienced players. Thanks to the icons and the fact that you play with two people together, you can play the game in an easy way. Do you want to play something else than the familiar family games when your friends come to visit? Between Two Castles might just become a new favourite! 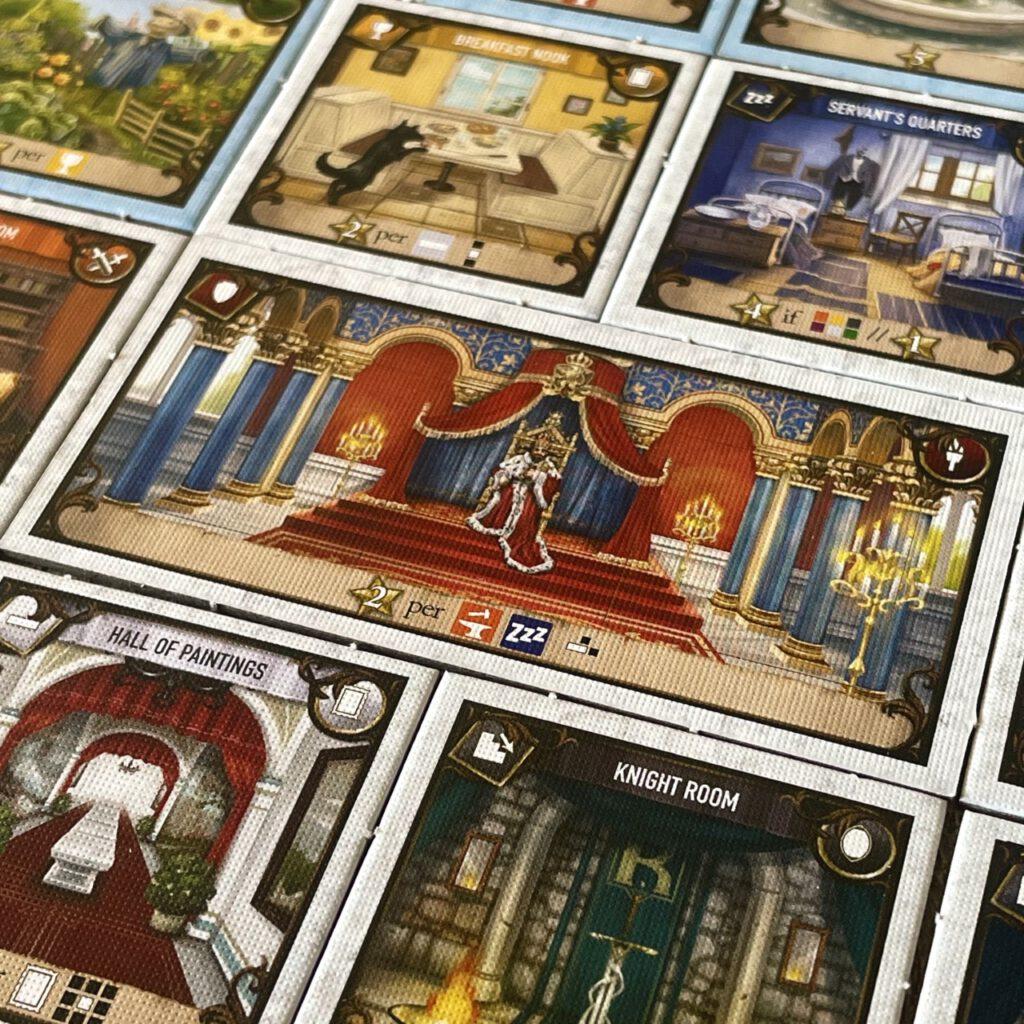 - Not as fun with 2 players
- Counting scores takes long

This game has been kindly gifted to us for review purposes by Stonemaier Games.