In Mindbug you try to outwit your opponent in a tactical duel in which you must play the best cards at the right time. 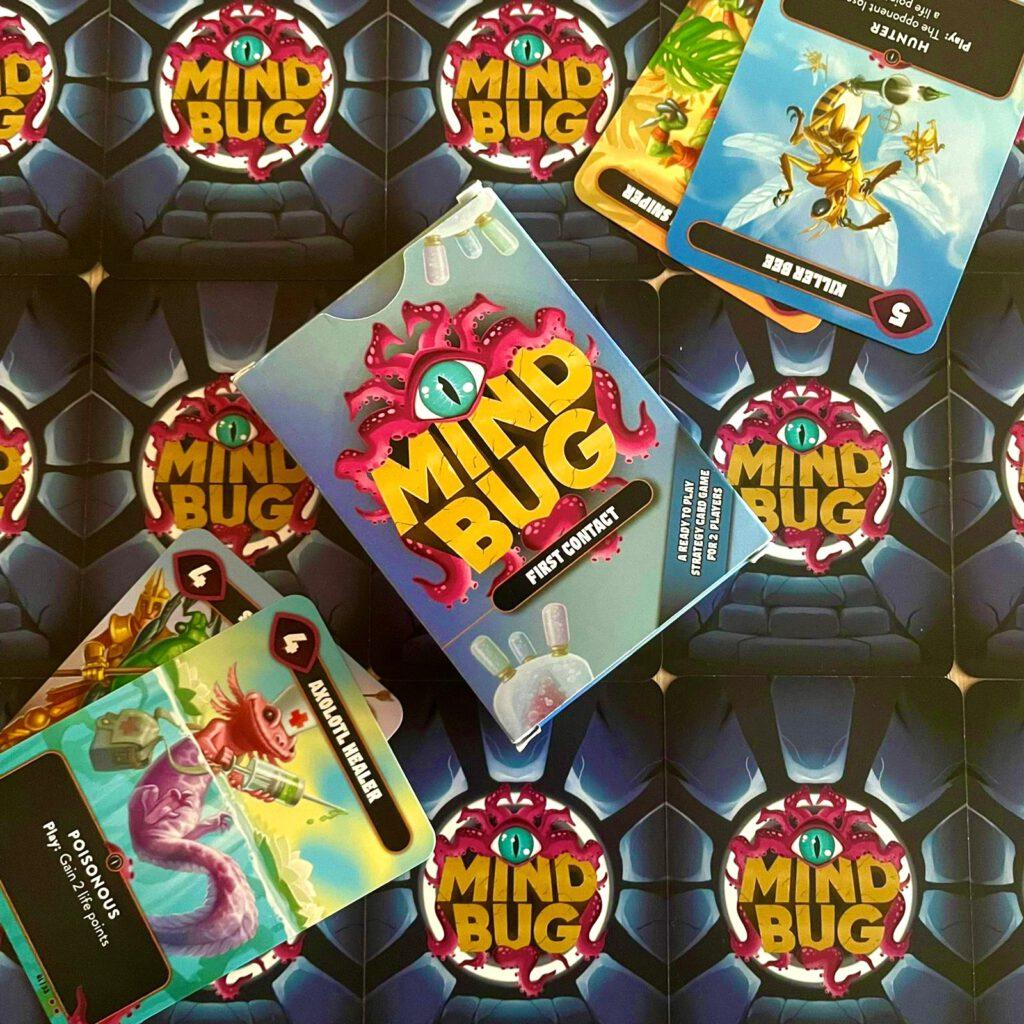 Mindbug is a tactical card game in which you play and attack with creatures to beat your opponent.

You form your deck by drawing 10 cards at random, 5 of which you keep in your hand at all times. In addition to your deck, you also get 2 mindbugs. These mindbugs are nasty cards that allow you to instantly take over an opponent's creature. A turn always consists of playing a card or attacking with a card. Each card has a certain unique ability and a number of power points. If you choose to play a card, you play it in your playing area in front of you. If you want to attack, you choose a card in your playing area and tell the other player that you will attack with it. Your opponent can now choose one of his played cards to block the attack. Depending on your power points, you can destroy your opponent's card. If your opponent has no cards or does not want to use a card, he loses a life.

Each card has a certain ability with certain keywords. For example, a card can be poisonous making every attack deadly or just give an effect when you play the card. The player who brings the other player to 0 life points wins the game!

Mindbug is a card game made for 2 players. We always find that to be a plus because we actually almost always play with 2. For larger groups, of course, that can be a downside. Mindbug made Frederik think of Hearthstone or Yu-Gi Oh. That's because you have a certain deck that you play with throughout the game and can attack both other cards and your opponent directly.

The art on the cards looks nice. They are all a kind of fantasy monsters which makes the whole thing look nice on the table. The game only consists of cards and therefore fits in a standard card box. Perfect for when you want to take it with you! Besides being easy to take with you, it is also very easy to set up and explain. It will take you less than 5 minutes.

In terms of gameplay, Mindbug is a fairly unique card game. It is from the creator of Magic the Gathering and is very similar to that. Still, we hear many people say that Mindbug is an improvement on MtG. Unfortunately, we can't say anything about that because we have never played MtG. The unique thing about Mindbug is that you have a deck of 10 and you always draw from the same deck, so you have no luck of the draw. Only during the formation of your deck you have to be 'lucky' that you get good cards in your deck, so you can have an advantage over the other player. If you are experienced with the game, this is less of a problem because you can actually play each set of cards in a different way and the game is very balanced.

There are also no resources or costs in Mindbug so you have no build-up phase and jump right into the middle of the game. All the cards are well balanced and each game feels very fair as well. It is of course a surprise what cards you get in your deck, but they are tuned well. Mindbug therefore requires an enormous amount of tactical insight. You constantly make choices about which monsters you want to attack or defend. Sometimes it can be better not to defend with your monster and lose a life point. We were surprised that so much tactics could be found in a small card game.

If you like tactical card games this is a must-have as far as we are concerned. It is so simple because in the end it is only a few cards, but it just plays very well and balanced and goes way deeper than you might think. Mindbug is of course a microgame so you will quickly encounter the same cards. Given the price and size, this is understandable. The base game will keep you busy for a while, but we are already curious about possible expansions! 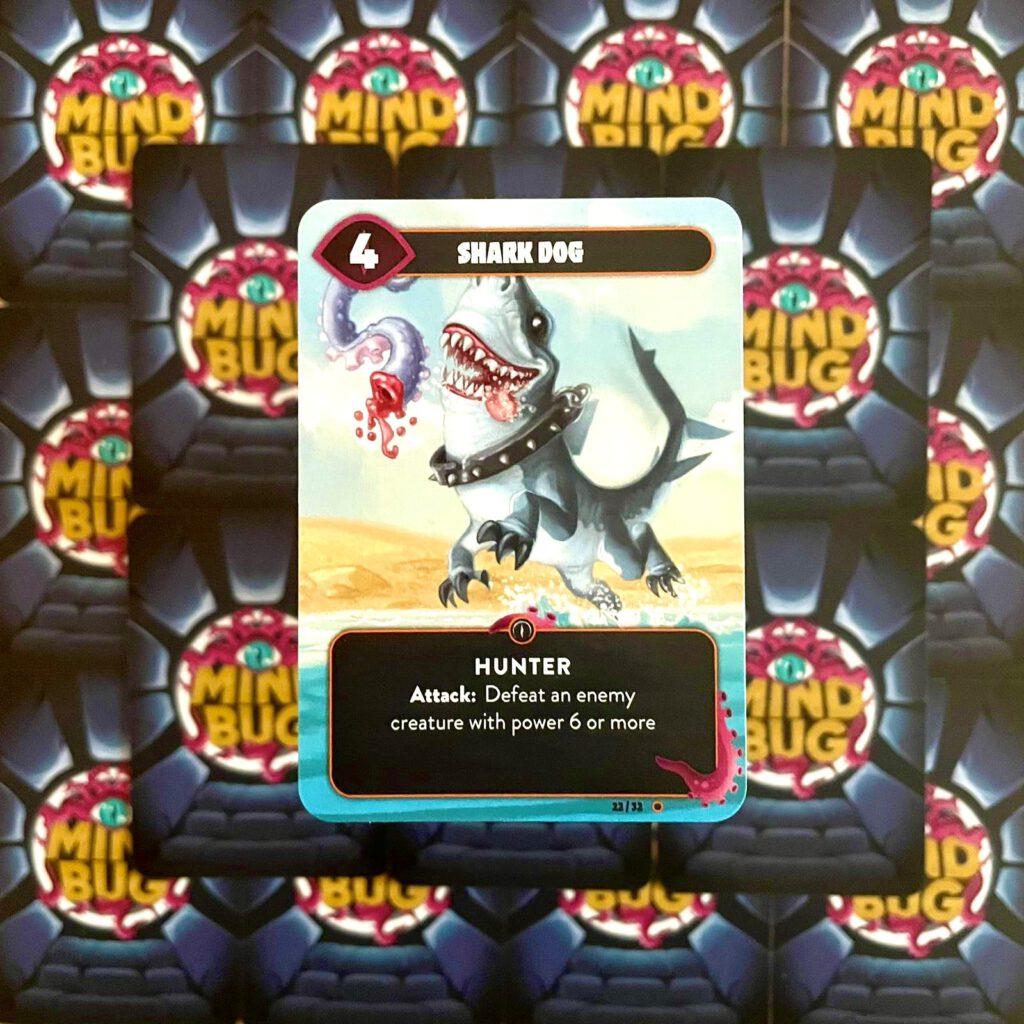 This game has been kindly gifted to us for preview purposes by Mindbug.