Preview: Hunters of the Lost Creatures

In Hunters of the Lost Creatures you will collect lost creatures and build the craziest zoo, will you choose the right hunter at the right time? 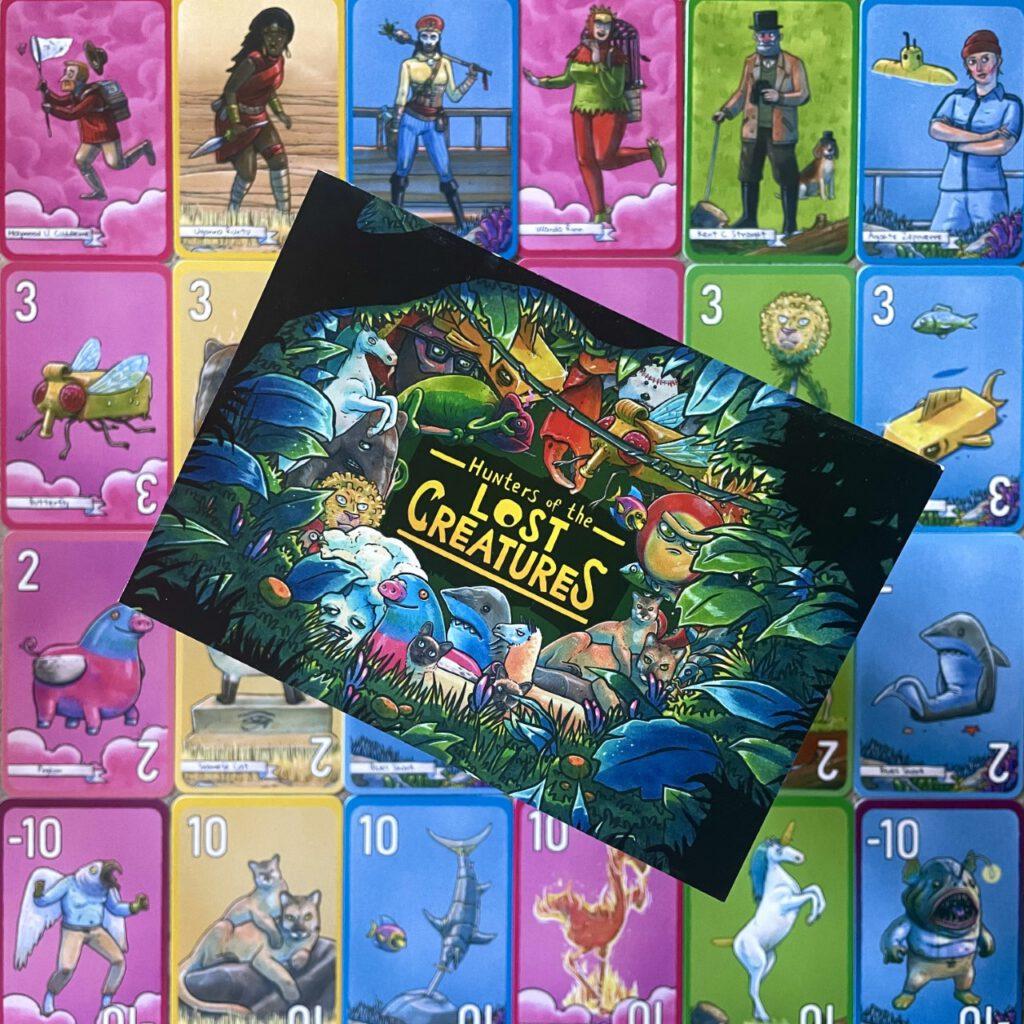 Hunters of the Lost Creatures is a card game In which you will capture lost animals in order to build the most crazy zoo!

You have 4 colors of hunters at your disposal during the game. The goal is to collect animals in the 4 different colors. These animals are worth points and bonus points if you have certain sets in a color.

There are 4 piles of the same color animals. The top card is turned over to be hunted. Everyone plays a closed hunter card of the color they would like a creature of. You must make sure that you are the only one playing that color. If several players play the same color, you make too much noise and can't catch the animal. If everyone chooses the same color, the animal is startled and flees, you can never catch it again. So you have to take into account what you need and what you think other players will choose.

There are also certain power cards in the game that allow you to steal cards from other players or place a card with minus points on another player. If you are afraid that someone will use such a card against you, you can play one of your 3 'park closed' cards which will prevent anyone from visiting your zoo that round.

The game is over when there is only 1 color left. You then add up all the points and the player with the most points wins the game. 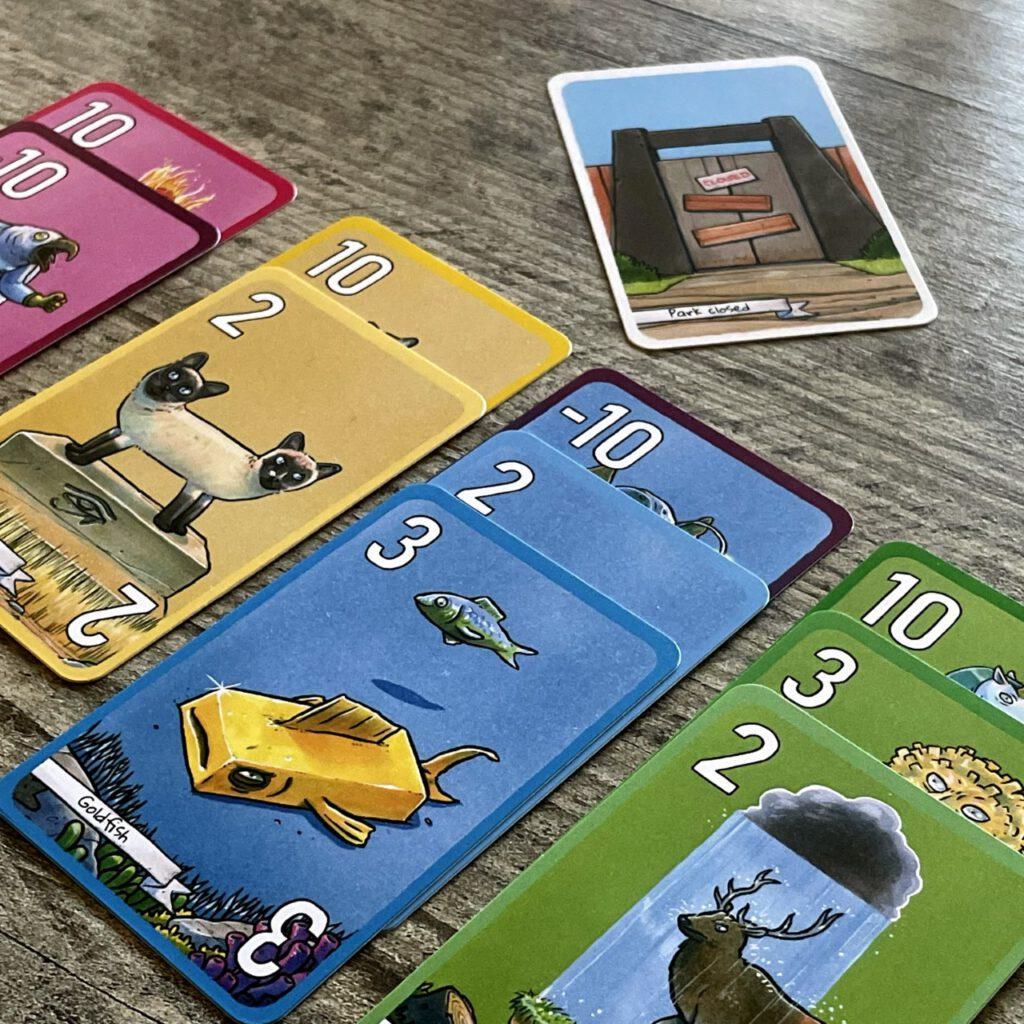 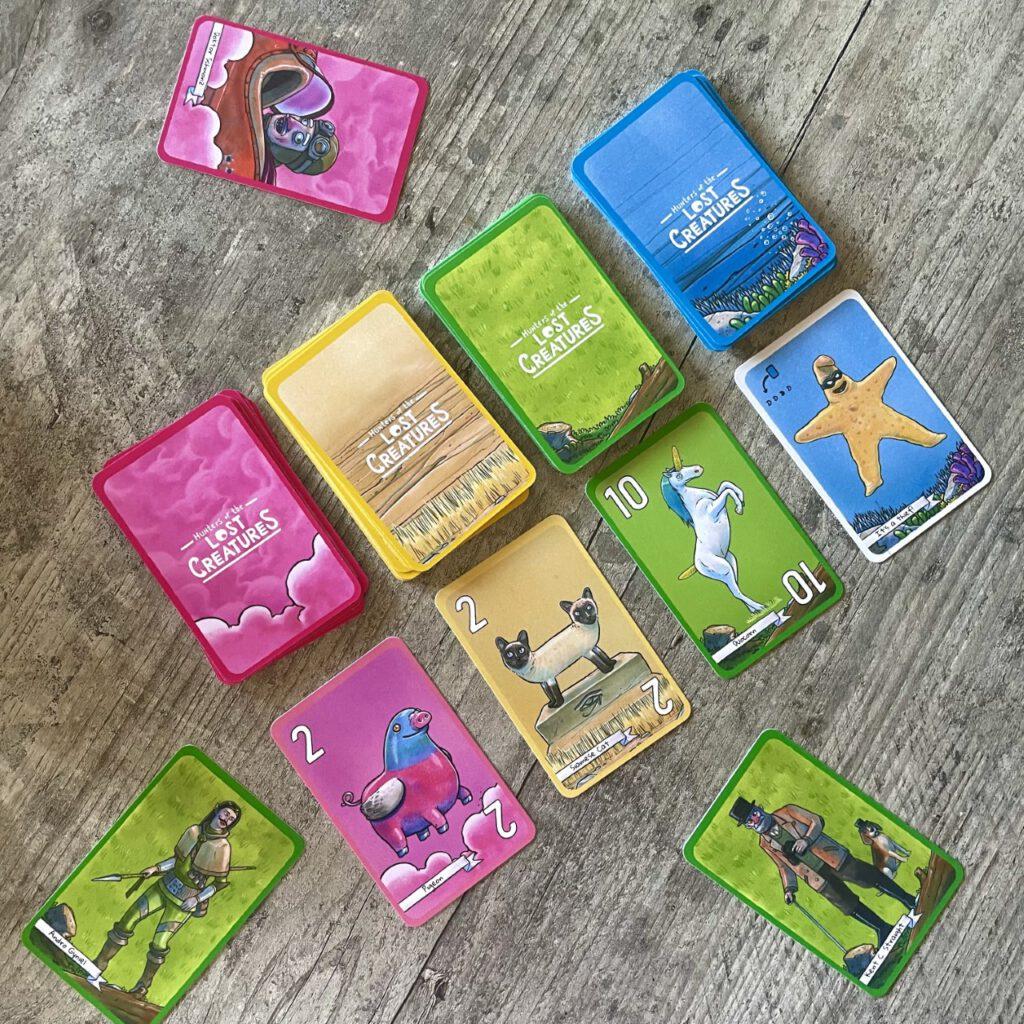 Hunters of the Lost Creatures is a fast, simple card game with cheerful colors. This fast paced card game also makes for a lot of fun at the table! We are positively surprised by Lost Creatures and would love to tell you more about this Kickstarter.

Hunters of the Lost Creatures is a fast, funny card game with simple rules. The creators themselves say that the game is not affected by luck of dice or drawing of cards. You win or lose this game through your own choices. Largely, we agree with this. It is indeed a card game with simple rules that plays nicely. Despite the simple rules, your own choices are indeed very important. Yet, as in most games, there is a bit of luck involved. For example, you can be quite unlucky if your opponents always go for the same card as you. But it is nice that in a simple game like this, no luck of the draw/throw is involved.

The first time we started playing Lost Creatures, we didn't expect to like it so much. The game offers a lot more interesting choices than we expected and made us laugh. While playing, there were a few moments of frustration where we were unsure if it was a downside of the game, or if it was just funny. In the end, the latter feeling did take over. For example, we doubted that the ending would be super long, as you are given less and less choice. When we arrived at this point, the game was still over in a few turns. In the end, we can say that during the game you encounter a few moments where you think 'huh', but soon it resolves itself and you can laugh about it. The latter, we did a lot while playing Hunters of the Lost Creatures.

Hunters of the Lost Creatures is a bit like games like TEN and Go Nuts for Donuts. This game may feel a little more like a party game. Still, it offers a surprising amount of in-depth choices. It's incredibly interesting to see if you can guess which card your opponents will go for. Will you go for a card for yourself? Or do you try to thwart your opponents? In any case, we couldn't get enough of it. The game is fairly long, but it does play through nice and quickly. After finishing our game, we felt like playing it again. 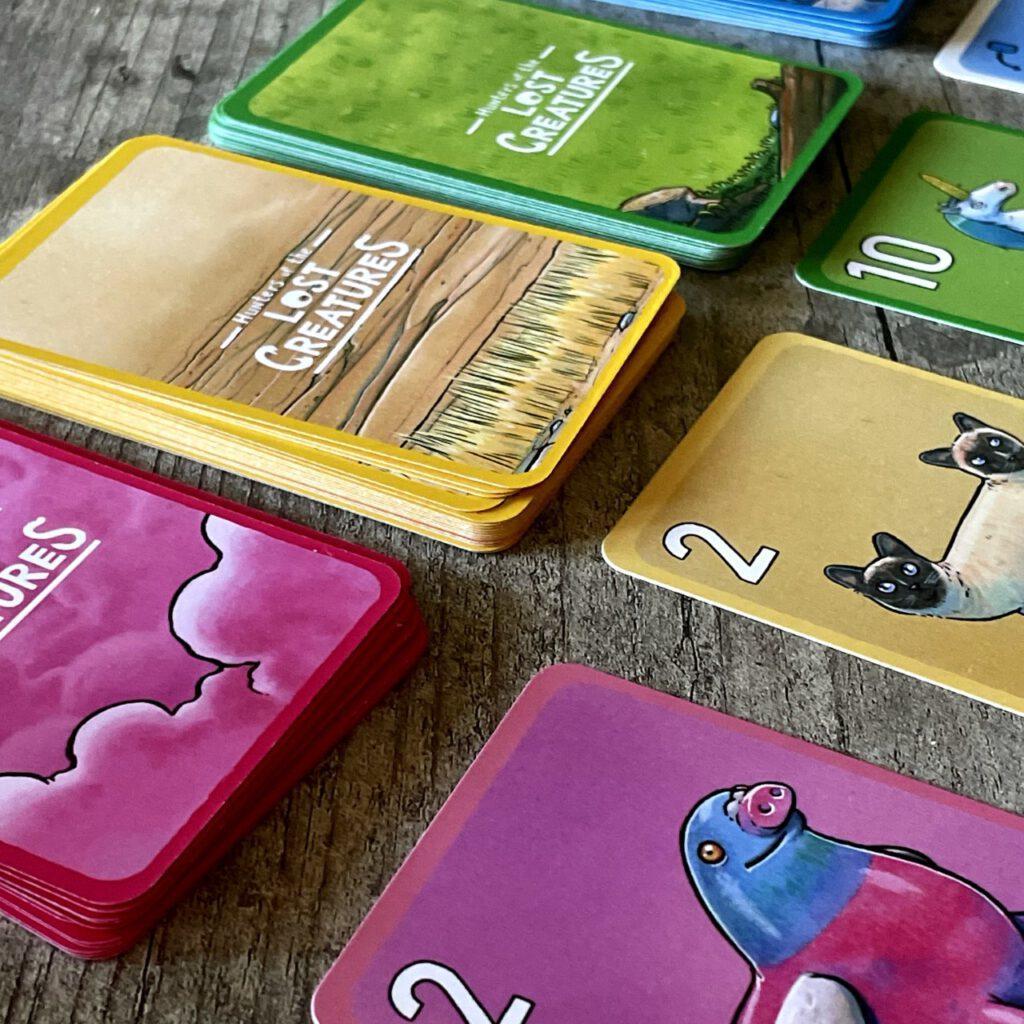 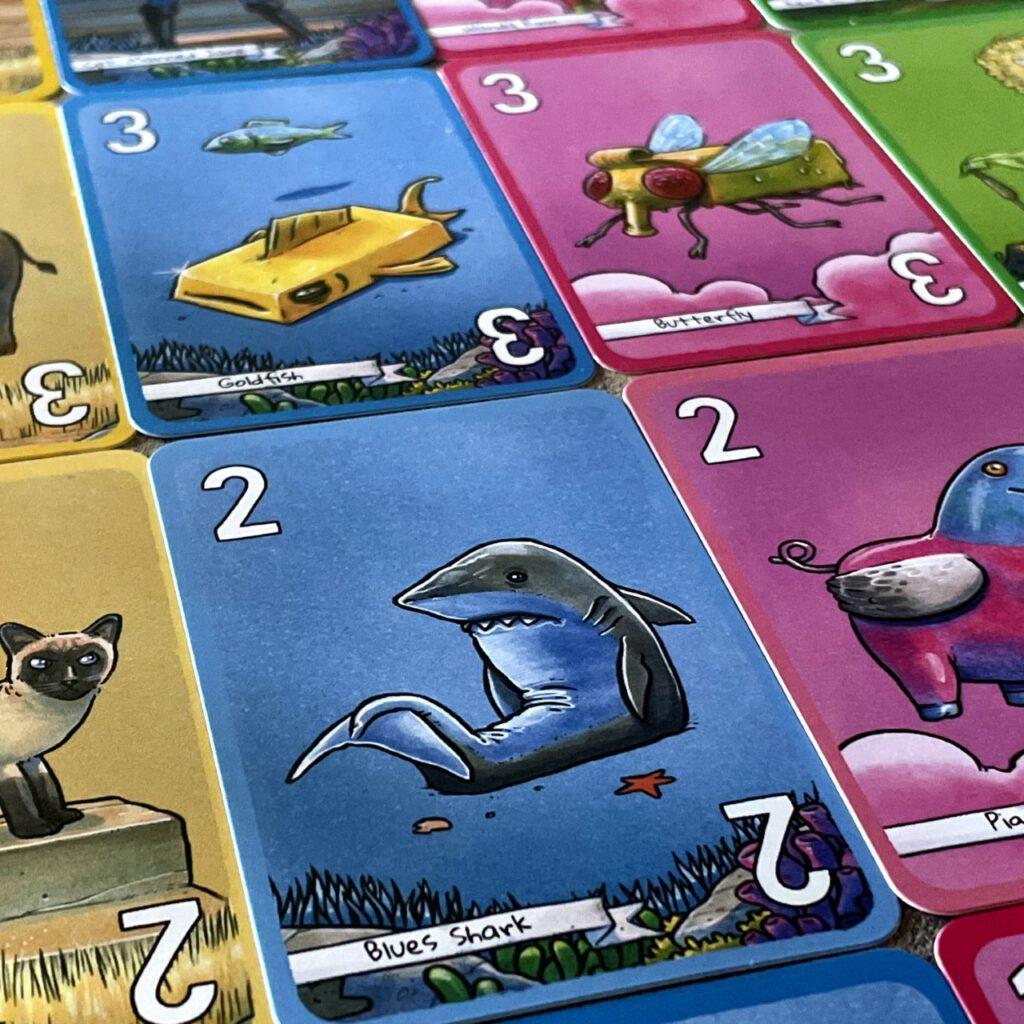 + Fast, simple and funny
+ Interesting choices
+ Not based on luck

- Can sometimes take a bit long

Hunters of the Lost Creatures

This game has been kindly gifted to us for preview purposes by Wonderbow Games.